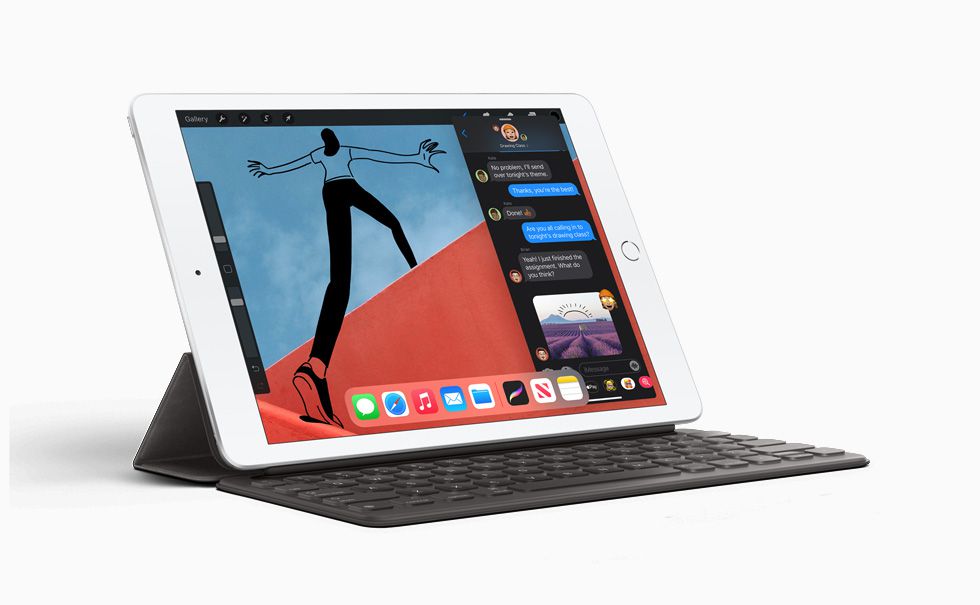 It’s hard to beat . It’s better than any Android tablet, it works with the Apple Pencil and Scribble, and it can use .

The best iPad bargain right now is , which is almost as good as the iPad Pro, but for $200 less. The Air, though, is almost double the price of the plain old iPad. If what you want is a basic iPad that will last you a few years, then this is the right iPad for you. Just don’t buy the cheapest, $329 version, unless you’re using it as a cash register for your store or restaurant.

Who Is the 8th Generation iPad For?

There are three markets for this entry-level iPad: Businesses that need a point-of-sale machine, schools that want to buy a ton of iPads and therefore want the cheapest solution, and my mom. Or your brother. These folks want an iPad, but there’s no way they’re going to spend iPad Air money on one.

The biggest risk when buying a more affordable iPad is that it will eventually stop working with your favorite apps when it can no longer update to the latest iPadOS. Physically, iPads keep going for years. My mom’s iPad, for example, is stuck on something like iOS 10, and it can’t run her favorite sudoku or TV apps anymore. Thankfully, the new iPad just got the A12 Bionic chip, making it fairly future-proof.

“For folks who want to spend a bare minimum on their iPad, I’d have no reservations recommending this one.” 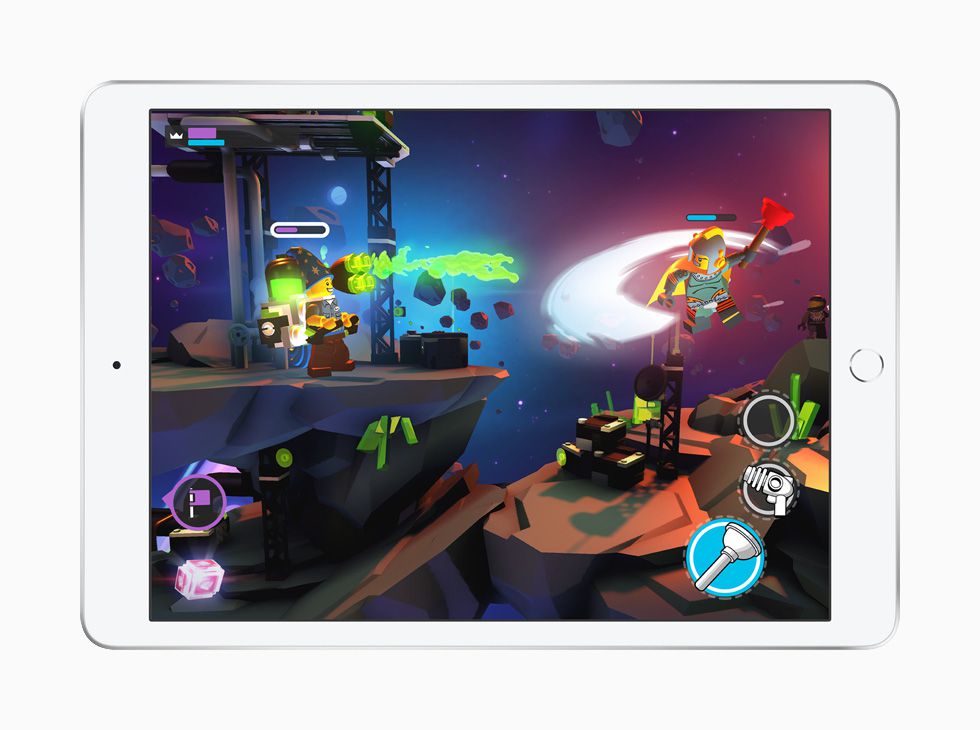 The A12 is the same generation of chip that powers the current iPad Pro—the A12Z (for comparison, all current iPhones use an A13, and only the latest iPad Air uses the next-generation A14). What that means is this budget iPad is capable of running iOS updates for many years to come.

The other thing that makes an iPad useless is when it runs out of . The $329 iPad comes with 32 GB, which is further reduced by the operating system itself and the files it requires to run. For instance, my iPad Pro has just over 9 GB of “System” files taking up space. That’s almost a third of the entire storage of an entry-level iPad.

There’s no way to add more storage to an iPad later, so you should just grab the 128 GB version (the next size up) for $429. Yes, that’s another $100 for just another 96 GB, but it’s 4 times the storage, and it’s cheaper than buying a whole new iPad in six months when this one fills up.

Why the New iPad Is So Rad

Enough of the practicalities. What is it that’s so cool about this iPad? After all, it looks like the exact same iPad you could buy a few months ago, only with an upgraded A12 CPU inside.

The cool parts are the accessories and the apps. This iPad can run any iPad app you need; it works with the original (slightly cheaper) Apple Pencil, it works with any external keyboard (along with Apple’s Smart Keyboard), and you can even plug in a USB thumb drive (using a USB-Lightning adapter) just like on a Mac or PC. 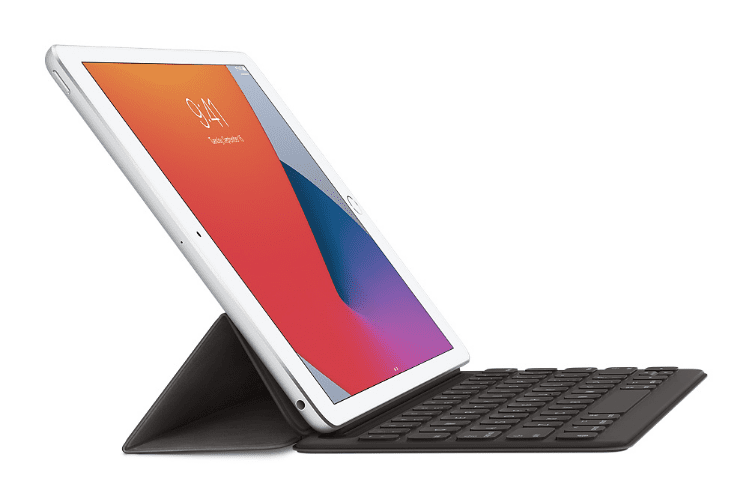 Hooked up to these accessories, you have a laptop replacement or a drawing tablet. You’ve got a tablet computer with an amazing screen that’s better than you’ll see on any cheap laptop. That’s what excites me about it. Now, I use an iPad Pro, mostly because it has a big, 12.9-inch screen, and I like its cool, flat edges and Face ID (the basic iPad has curved edges and Touch ID). But, for folks who want to spend a bare minimum on their iPad, I’d have no reservations recommending this one.

Let’s talk about Scribble. It’s Apple’s handwriting-recognition tech, and it’s pretty serious. Scribble is new in iOS 14, and it lets you use the Apple Pencil to handwrite anywhere you’d usually type. You can write a URL like “lifewire.com” into the address bar of Safari, but you can also write an email out, longhand. In both cases, your handwriting is converted into typed text as you go. There’s also another type of Scribble.

In the Notes app, writing on a page is just that: your scrawly handwriting stays on the virtual paper, just as you set it down. However, it has also been recognized, behind the scenes. That means you can search your handwritten notes, and you can also manipulate them. For instance, you can tap a written word and look it up in the dictionary. If you scrawl lifewire.com, then tap it, the URL will open in Safari. If you write out a date and an appointment, iOS will detect this, then offer to turn it into a calendar entry. You can also copy your writing, then paste it as typed text, at any time. How cool is that?

The thing I like best about Scribble, though, is the way it keeps the keyboard off the screen. When you start using Scribble, the on-screen keyboard stays hidden. This lets you quickly write something—into a search field, for example—without having that virtual keyboard take up the entire bottom half of the screen.

Scribble works on all iPads as long as you have an Apple Pencil. That is, of course, how they get you. But it’s a good example of how even Apple’s lowliest iPad can use all the latest features of iOS. You won’t be punished for saving money.

The only downside is that stupid, hobbled, 32 GB model. Everything else about this new model is great, from the tried-and-tested formula to the future-proof new A12 CPU to the fantastic features—like .