Why Adobe Illustrator on iPad Isn’t for the Pros 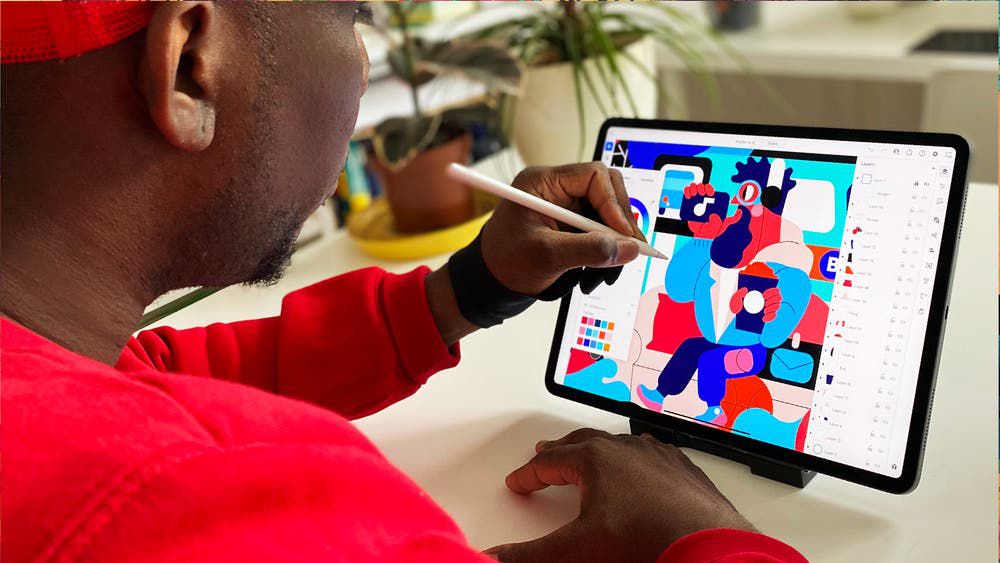 Adobe’s professional drawing app, Illustrator, is now available on the iPad. But are professionals interested in using it to get their work done? Maybe not.

Illustrator is a vector drawing app, meaning you can grab your lines any time after drawing, then bend, move, resize, and recolor them. It’s the pro’s tool of choice for illustration work, and now it’s on the iPad with Apple Pencil support. And even though Illustrator is way better than Photoshop for iPad, some designers see it as a half-baked attempt that’s far from useful.

“Stuff like option-click is missing with Apple Pencil, which makes it very inferior,” graphic designer Graham Bower told Lifewire via email. “I’ve drawn over 600 exercise illustrations for Reps & Sets, all in Illustrator. The ability to rapidly switch between selector and pen tool and back is the only way you can do high-volume work like that.”

What Is Adobe Illustrator?

Illustrator is way beyond a simple drawing app. Unlike Photoshop, where an image is made up of pixels, Illustrator’s images are made up of vectors, which are instructions.

If you draw a straight red line over a photo in Photoshop, for example, you now have a bunch of red pixels in a line. If you create a red line in Illustrator, it displays a crisp red line, but it’s stored as a vector. That is, it stores the instructions to draw that line: start here, draw up and to the right at 45 degrees for two inches, and make it red, for example.

This has a few advantages. You can edit the line at any time, move it, thicken it, blur it, bend it, etc.

This makes it sound simple, but Illustrator is as complex as Photoshop, and can create photorealistic images if that’s what you want.

“The difference to me was Illustrator for iPad was recognizably Illustrator, whereas Photoshop was something different altogether.”

Illustrator on the iPad

Adobe has redesigned Illustrator for the iPad to take advantage of touch controls and the Apple Pencil.

It also has to work without a keyboard; keyboard shortcuts are an essential element in using Illustrator on Mac or PC. To help, the app uses a special circle that floats on the screen. If you touch and hold this circle while performing an action with the other hand, it acts like holding down the shift (or other) key on the desktop.

It works surprisingly well. It’s still not the “right-click” mentioned by Bower, but it’s a lot better than nothing. And if you connect an external keyboard, you can use the ⌘, ⌥, and ⇧ keys to modify what you do with Apple Pencil.

Unlike Photoshop for iPad, which has a bare handful of features from the desktop version, Illustrator is surprisingly complete. It’s also much more like its desktop counterpart than Photoshop.

“Photoshop is still awful on iPad,” says Bower. “The difference to me was Illustrator for iPad was recognizably Illustrator, whereas Photoshop was something different altogether.” Even so, there are barriers to using the app in a professional capacity.

As a touchscreen computer, the iPad Pro is amazing. It’s just as capable as the Mac in many ways, and better in others. But it’s also worse at one big thing: if you want to work with multiple, large files, then iOS is just plain bad.

“File management is another good point,” says Bower. “A nightmare on really big projects where you have files with linked assets that are gigabytes in size.”

Bower then shared a book cover design, stating it was done in Illustrator and Photoshop. “The master files are 1.5GB in total. It would be impossible on an iPad,” he added.

“Stuff like option-click is missing with Apple Pencil, which makes it very inferior.”

The Illustrator files themselves sync between iPad and desktop through Adobe’s cloud, but that might not help with large projects.

There are other problems, too. For instance, on a desktop, you can always drag and drop a file into your current workspace. That sometimes works on iPad, and sometimes it doesn’t. And even if it is supported, it’s a finger-contorting pain to actually make it work. Even in apps like Illustrator–which has excellent drag and drop support–it’s too frustrating to use.

Why, then, has Adobe made Illustrator and Photoshop available for the iPad? One reason is that, despite its limitations, the iPad is the future of mobile computing. The touchscreen and Apple Pencil alone make it an amazing tool for design and graphic work.

Second, this is just a first step. Adobe’s Eric Snowden explains in a blog post that Adobe is “working on bringing you effects, and more brushes, along with new Adobe Sensei powered capabilities, letting you magically turn sketches into vector graphics and more.”

For a glimpse at how Adobe’s apps can evolve on iOS, look at its photo editing app Lightroom. It’s as good as the Mac version, and a fantastic iPad app in its own right.

For now, then, designers might use iPad Illustrator to come up with new ideas, or to work on simpler aspects of their projects while away from the desk. It’s a start, and as starts go, it’s a pretty good one.