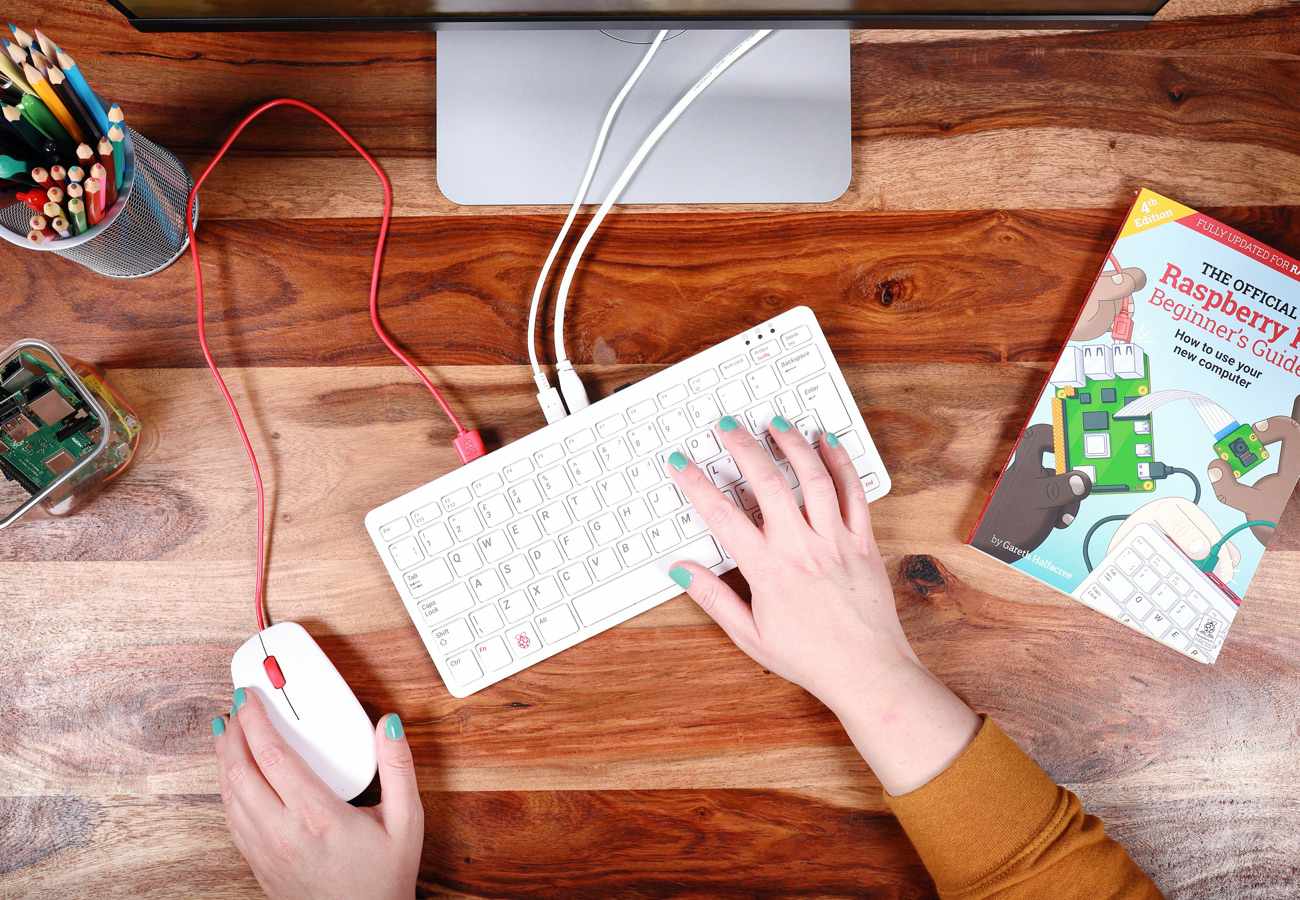 Anyone old enough to remember the Commodore 64 and the Sinclair ZX Spectrum from the 1980s will feel a nostalgic twinge at their spiritual successor, the .

This thing is rad. It’s a $70 Raspberry Pi computer built into a keyboard. Just connect a mouse and TV (or monitor), and you’re off. As a starter computer, it’s hard to beat.

“There are two obvious audiences,” writer and small-computer fanatic Rob Beschizza told Lifewire via direct message, “nostalgiacs who remember the user-friendly personal computers from the 8-bit era, and young enthusiasts meeting the unique computer-in-a-keyboard design for the first time.”

Back in the 1980s, all home computers looked like this. The Commodore 64 might be the most well-known in the US, but over in the UK, there was the Sinclair ZX Spectrum, a little all-in-one machine that was loved and still has a cult status today. These machines hooked up to a TV, and you’d sit crossed-legged on the living-room floor, typing in software from the printed pages of magazines or loading in programs from an audio cassette. There were no mice.

This Is Not a PC

Don’t buy this if all you want is a cheap way to run Microsoft Office and check your email. The Pi 400 doesn’t run Windows. It runs its own open-source operating system called Raspberry Pi OS, which is itself based on a version of Linux.

The short version is that you will indeed see a familiar computing environment when you power it up, with windows, a mouse pointer, and other modern comforts. You can also run a word processor or a spreadsheet app, and all kinds of other regular software. But its real heart is education and exploration.

“Raspberry Pi OS comes pre-installed with plenty of software for education, programming, and general use,” reads the description on the .

Apart from the form-factor, this focus on education is the greatest parallel with those old 1980s computers. In the UK, the was found in around 80% of schools. Yes, that BBC.

The Pi 400 is another great educational machine. Not only is it cheap, but it’s designed to help kids focus.

“It’s great for kids because it anchors them to a task,” says Beschizza, “unlike laptops and tablets that go anywhere, or clunky modern desktop PCs that are usually overpowered and overcomplicated.”

Not Just For Kids

The Raspberry Pi 400 is useful for more than just teaching kids to program. It’s perfect for hobby projects that need a computer to run them. It can be a simple writing machine for authors. And if you like Raspberry Pi OS, it could indeed be your main computer.

Or, it might end up the same way as most of those all-in-one home computers from the 1980s: permanently hooked up to a TV, and used as a games machine.