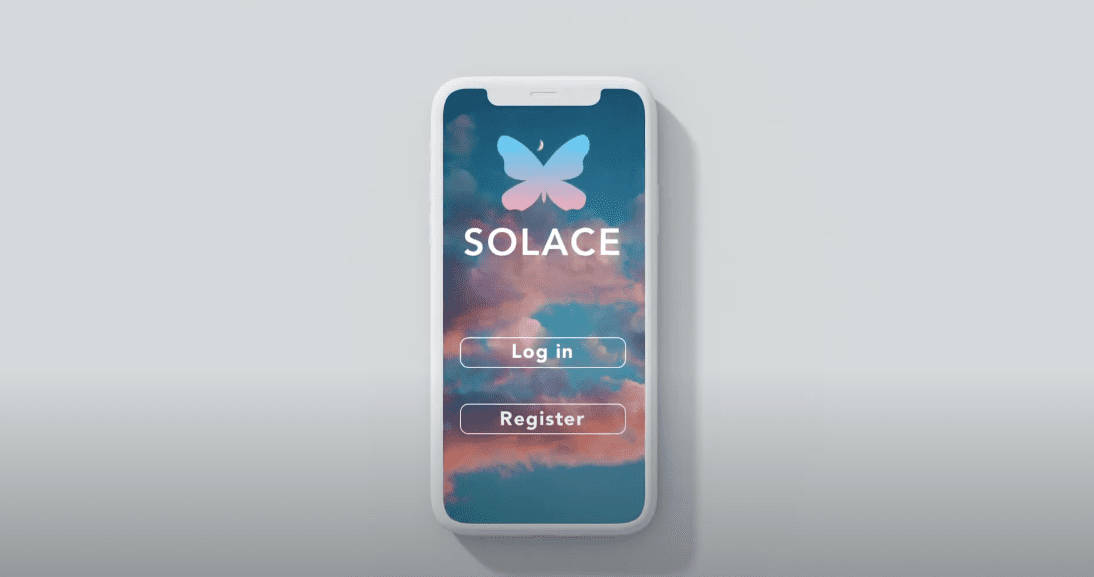 For transgender patients, finding gender-affirming hormone therapy (GAHT) has historically been a scattershot—and sometimes dangerous—experience in the US. With COVID-19 ratcheting up the demand for digital comprehensive healthcare, two tech apps teamed up to offer a more seamless, safer experience for GAHT-seekers.

“Hormone therapy treatment is a commitment for life,” said Soltan Bryce, Plume’s head of growth, in a phone interview. “Yet, trans-identified folks have inconsistent access to care. Having access to providers who understand—it is particularly meaningful for the trans community.”

The Solace and Plume Partnership

Plume, a transgender telehealth service, and Solace, a nonprofit that offers health and legal information for trans folks, partnered their sites this week. Users can make goals and conduct expert-vetted legal and health research through Solace, which now directly refers them to Plume (though users can access both apps directly).

Once on Plume, users have access to a friendly interface and about 20 trans or LGBTQ-identifying medical providers who offer online consultations, assessments, and prescriptions. Bryce said that Plume is also working on a mail-order system, which will eliminate trips to the pharmacy.

The Solace and Plume apps were founded separately in 2019 by transgender visionaries, and they’ve both experienced a massive spike in usage during COVID-19. According to Solace founder Robbi Katherine Anthony, trans people who want GAHT are desperately turning to the internet due to isolation and shuttered in-person services.

“We’re thankful that we can meet the moment and be here as a resource,” said Anthony. “Everyone is dealing with hardships during COVID, and if you happen to be transgender, your hardships are multiplied.”

A History of Difficulty

GAHT was already tough to get before the pandemic. Specialized GAHT doctors and clinics are spread sparingly across the US, according to Bryce, and the ones that exist come with very long wait times.

According to The Williams Institute at UCLA, about .5 percent of the US population, or 1.4 million people, identify as transgender. A survey by the National Center for Transgender Equity found that 78 percent of transgender respondents wanted hormone therapy, but only 49 percent ever received it.

The same survey found that 33 percent of respondents experienced discrimination while visiting a healthcare provider, such as verbal harassment or denial of treatment. Roughly 23 percent of transgender individuals don’t go to the doctor due to fear of mistreatment, even when they absolutely have to.

The High Price of Hormone Therapy

Cost is also a major deterrent for transgender individuals seeking care. The NCTE study found that 25 percent of respondents were denied insurance coverage for hormone therapy. Thirty-three percent of the transgender respondents couldn’t afford to go to the doctor, and so they never did – not even when they needed one.

“We want to make it clear that our mission is access. This is a matter of life or death.”

Trans people often resort to acquiring hormones from unlicensed sources, such as friends or websites. While low overall, unlicensed hormone use tends to be higher in urban areas. One study of transgender women in San Francisco found that almost 50 percent of respondents were taking hormones that were not prescribed by a physician.

“There is no oversight of medical providers in these cases, and the results are very unpredictable,” Bryce said.

Those seeking safe treatment are often met with misinformation or confusion online, according to Anthony. Legal and medical experts review news and advice on Solace, where users can curate their feeds.

“There’s so much information not just on the medical side, but also on the legal side. What’s going on state by state, it’s hard to keep track,” Anthony said. “Previously, it hadn’t been aggregated in any digestible format.”

The app partnership isn’t a panacea, yet. Plume is only available in 16 states, though they are expanding, according to Bryce. Solace is free, but Plume costs $99 a month, plus $20 a month for medication. According to Plume’s cost comparison chart, this flat fee is far less than high-deductible, out-of-pocket insurance co-pays, which can climb up to $775 a month for lab tests. Costs vary widely for the uninsured depending on the patient’s state requirements and lab rates. 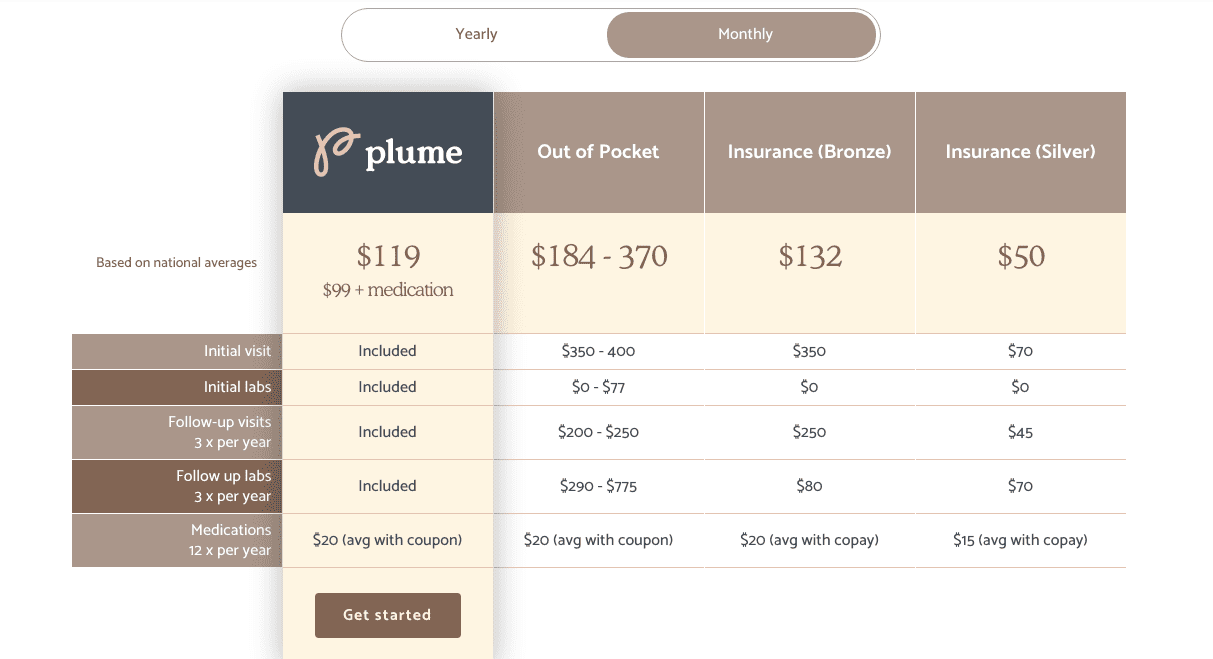 GAHT is the regimental use of estrogen and testosterone blockers for feminizing, and testosterone for masculinizing. Trans people are mandated to have frequent lab tests and, often, mandated counseling, which can drive up costs. Hormones are taken orally, or via injections or patches. The treatment lasts a lifetime. Under the care of a physician, GAHT is largely considered safe, although there are cardiovascular risks and more research is needed to determine long-term effects.

The World Professional Association for Transgender Health concluded that hormone treatment is “medically necessary” to alleviate gender dysphoria. However, the Food and Drug Administration has not made the same designation.

Importantly, the treatment leads to improved mental health, which is a boon in a community in which suicide rates are astronomical.

“We want to make it clear that our mission is access. This is a matter of life or death,” Bryce said.