How Apps Could Detect COVID Through Speech 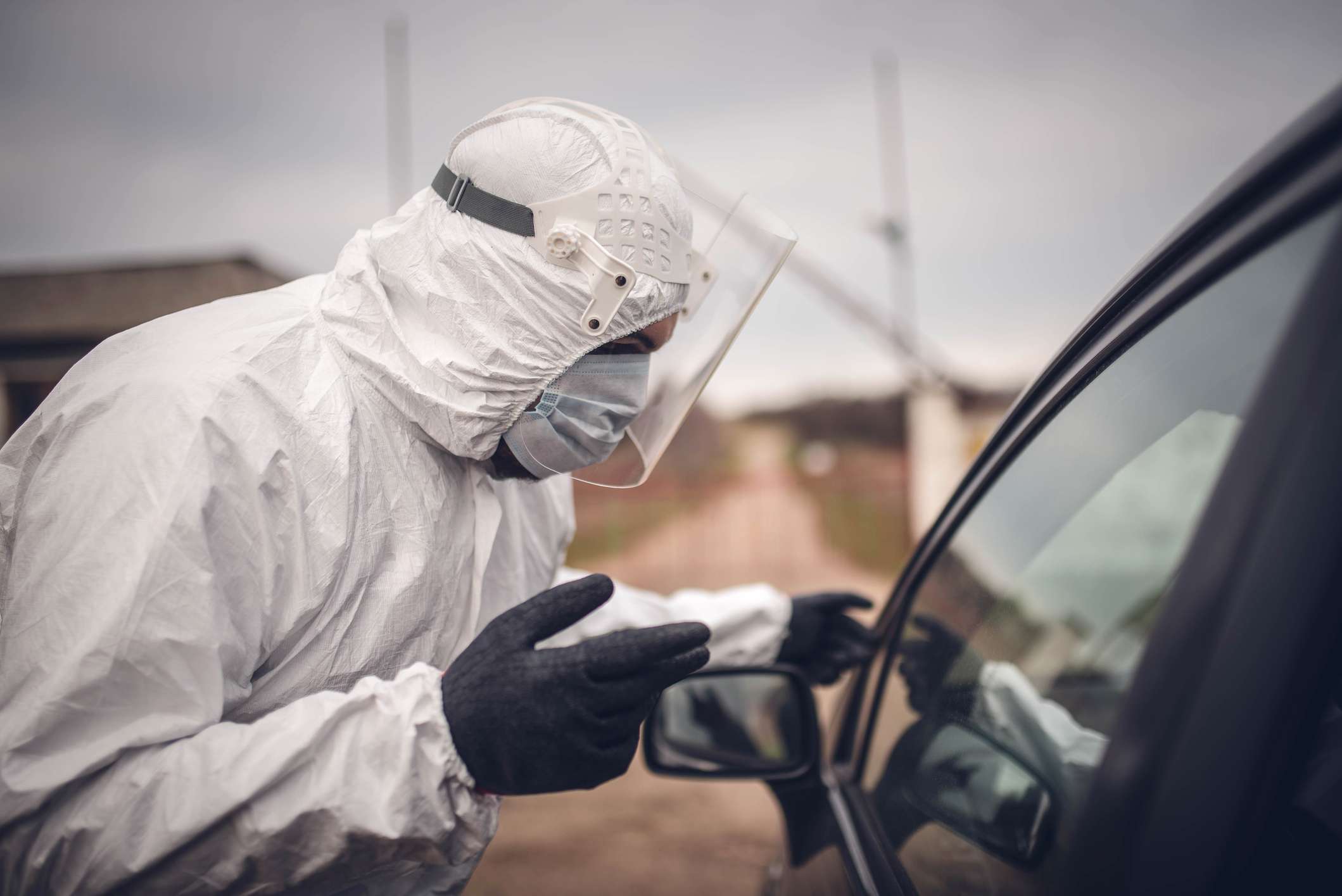 Apps powered by artificial intelligence may be able to detect coronavirus infections using the sound of speaking or coughing, researchers say.

The company, Sonde Health, is selling an app-based solution to detect COVID-19, which uses six seconds of voice analysis paired with a quick questionnaire and temperature reading. Researchers at MIT recently announced they’ve developed a new artificial intelligence model that they claim can detect the virus from a cough. The two approaches represent further progress in the growing use of artificial intelligence to combat coronavirus.

“Any new diagnostic tool that can effectively and accurately detect Covid-19 that is less invasive and quicker than the current diagnostic tools is an important advancement,” Dean L. Fanelli, a partner in the Intellectual Property Department of Seyfarth Shaw LLP, said in an email interview. “What is urgently needed is a rapid and accurate test that allows the immediate isolation of infected people. If this simple test proves to be accurate, this is an impressive leap forward.”

Not Just a Cough

The MIT researchers announced in a recent paper that the AI can spot differences in coughing that can’t be heard with the human ear. If the detection system can be incorporated into an app, it could become a useful early screening tool.

“Based on more than one million vocal samples from years of collection, we can say with certainty that Sonde’s model is proven and accurate.”

The work builds on ongoing research into Alzheimer’s detection through coughing and talking. Once the pandemic began, the team turned its attention to COVID-19 instead, using its previous research into how a disease can cause very small changes to speech and the other noises people make.

“The sounds of talking and coughing are both influenced by the vocal cords and surrounding organs,” said MIT researcher Brian Subirana in a news release. “This means that when you talk, part of your talking is like coughing and vice versa.” 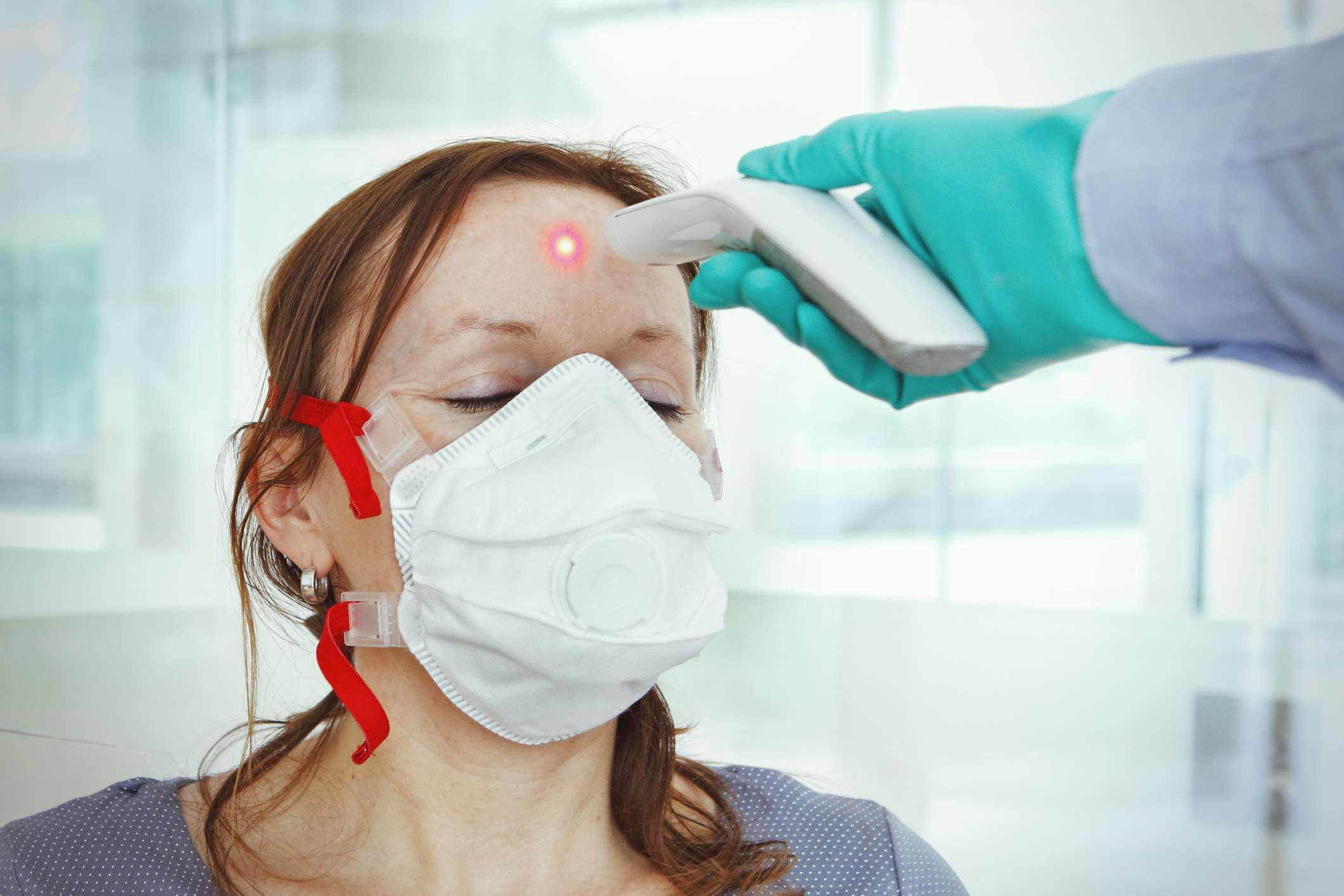 Richard Boyd, CEO of Tanjo, a company that helps with the public health management of coronavirus, said in an email interview that the MIT research is “a natural application that follows from our recent dramatic advances in machine learning and the revolution in sensor technologies.”

This App’s Already Checking for COVID

While the MIT scientists are still in the research phase, Sonde claims it’s already got a working app that can detect coronavirus. Several companies have deployed the app, including a large technology company in the US that implemented it as part of its back-to-work strategy and safety protocol, Sonde’s CEO David Liu said in an email interview. Tens of thousands of health screenings have already been processed through the Sonde One platform, he said.

Using Sonde One’s vocal biomarker tech is as easy as downloading an app, Liu said. For users, it takes 6 seconds of voice analysis (saying “ah”) paired with a quick questionnaire and temperature reading. The screening result is available immediately. 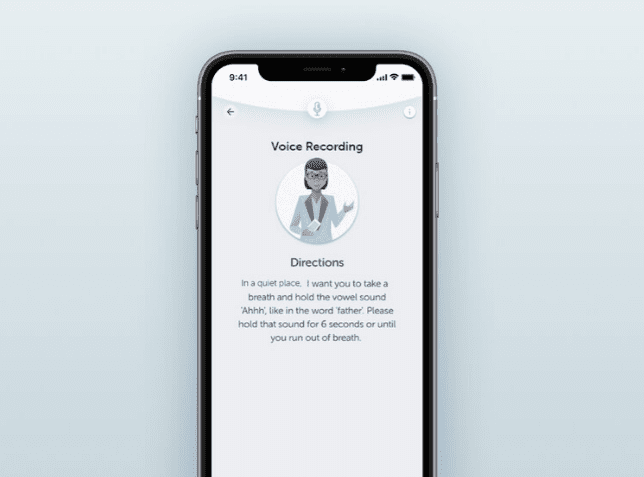 “Based on more than one million vocal samples from years of collection, we can say with certainty that Sonde’s model is proven and accurate,” Liu added. “In addition to self-reported data, we also have clinically-labeled health data, which is considered much more accurate.

“Another best practice we follow is using separate data sets for testing during development and validating models, which ensures the model works in multiple scenarios, not just the model scenario. Our models also use data from real users, not just lab samples.”

“What is urgently needed is a rapid and accurate test that allows the immediate isolation of infected people.”

The AI-driven software approach to coronavirus diagnosis is promising, but it could have pitfalls, experts say. One issue is that AI could pick up biases from historical patterns in the data that it is fed which may have an impact on diagnoses.

“Much like the overall contact tracing technology discussion was co-opted by technologists and privacy specialists to the detriment of public health, AI could go the same way,” Robin Coleman, Co-Founder of Contakt World and Global Health Editor of Johns Hopkins University Press, said in an email interview.

“Public health is focused on the impacts that technologies will have on communities,” continued Coleman, “and to achieve health equity we need to build systems including AI deliberately to ensure technologies don’t exacerbate inequities.”

For now, most people will get tested for coronavirus with a nasal swab. But the day may be nearing when getting tested could be as simple as talking into your phone.