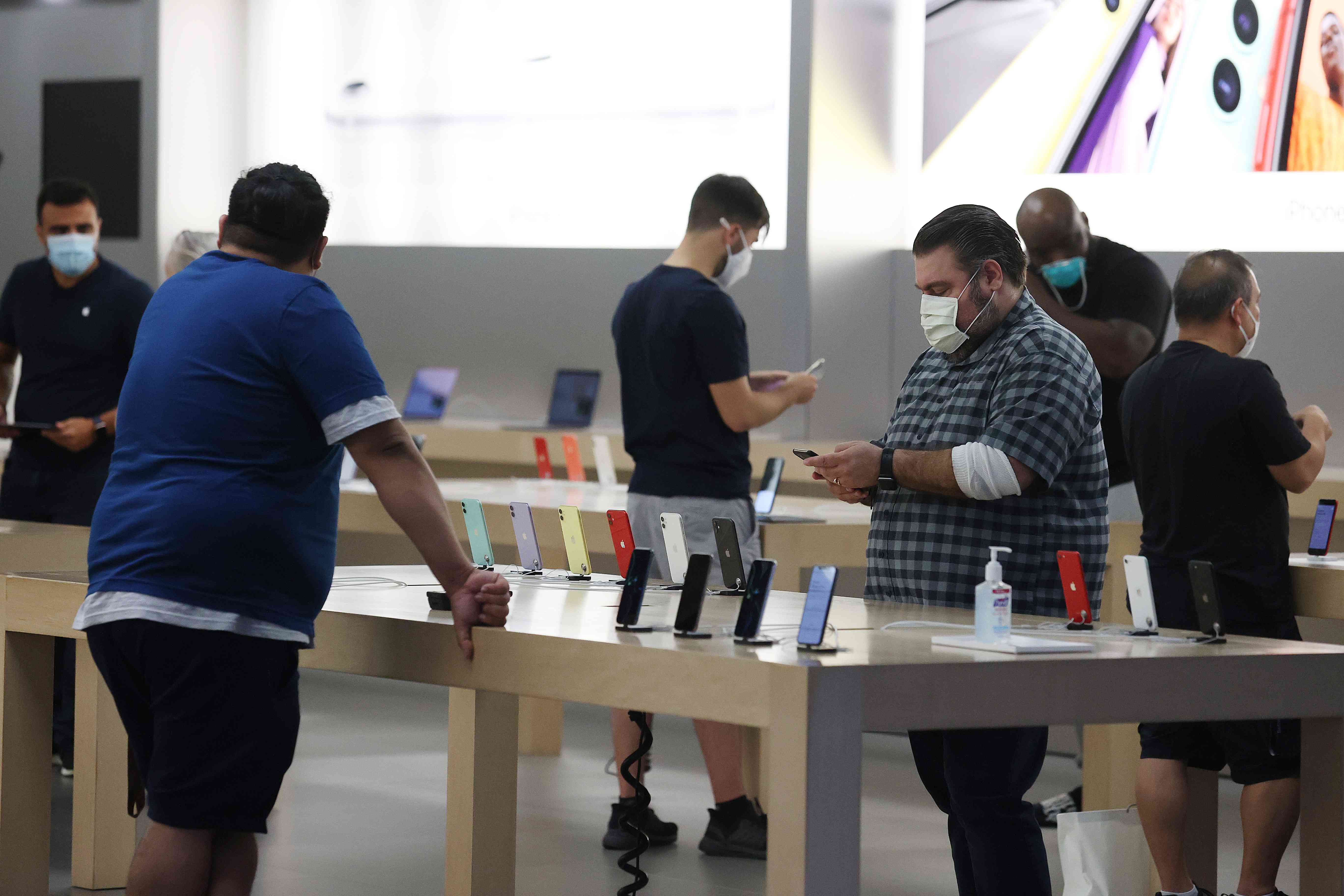 Apple Inc.’s plan to reopen twice-shuttered Apple Stores is causing thousands of employees to rethink their quarantine plans while providing an example for larger, community-based retailers. Set to create a restructuring of corporate reopening approaches, Apple’s place in the cultural landscape is likely to influence how other employers choose to meet the demands of its customers in a post-COVID era.

Employees are planning ways to handle the public under these conditions, as well. Some felt they had to leave the company for fears of contracting the highly contagious virus after plans to reopen were cemented in a company-wide open letter posted in May.

“I just had to go; I couldn’t put up with it,” said former Apple Store employee Nicole Turner. “I’m around my older family members on a pretty regular basis and my six-year-old niece… it was just not something I could risk.”

In March, Apple reassigned thousands of retail workers to at-home work involving online support and sales, but Turner was left out of the equation and decided to leave her Texas-based location. Now that employees must return to physical store locations, she feels like she made the right decision.

“We’re supposed to be the guinea pigs, I guess.”

According to the Bloomberg report, the multinational tech giant is telling employees at more than 120 closed stores appropriate ways to reopen this fall. Apple Stores are expected to continue following local guidelines and social distancing requirements, as well as new corporate standards involving temperature checks, mandatory mask-wearing, and appointment-only patronage. Stores could be open by the end of August.

It’s Not Over, Yet

Nationwide, spikes in COVID-19 cases may have seen a severe drop, but the scourge of the novel virus remains a constant in American life, causing some universities and grade schools to close their doors due to infection concerns amid premature reopenings. Other retail outlets have remained operable in a limited capacity.

“If you’re asking people to take a risk by coming into the office, there needs to be a countervailing force where we acknowledge you’re taking that risk either through enhanced benefits, pay, or perks,” she said during a phone interview.

“(Part-time) employees usually aren’t granted healthcare because they don’t work enough hours, but this might be the moment to revisit these policy positions…Apple has $2 trillion of market value, so they can be generous at this moment.”

These reopening plans come on the heels of new gadget releases set for later this fall. During an earnings call in July, Apple CFO Luca Maestri confirmed the release of the much-rumored iPhone 12 in October, as opposed to the traditional September drop. With fall being the company’s busiest season, the reopening strategy is seen by some critics as an attempt to ignore safety concerns for monetary gain.

“Apple has $2 trillion of market value, so they can be generous at this moment.”

Turner thinks this is indicative of the problem with the corporate structure—profit above everything. The former employee thinks the “higher-ups” don’t value retail employees who provide the crux of the profit as if they were client-facing employees. Instead, she says, they’re seen as tools for increasing the profit margins of the trillion-dollar company.

“They’re not even coming back to work and they think it’s fine to sit in their fancy homes in California, but want us to go back and be face-to-face with people,” Turner said. “We’re supposed to be the guinea pigs, I guess.” 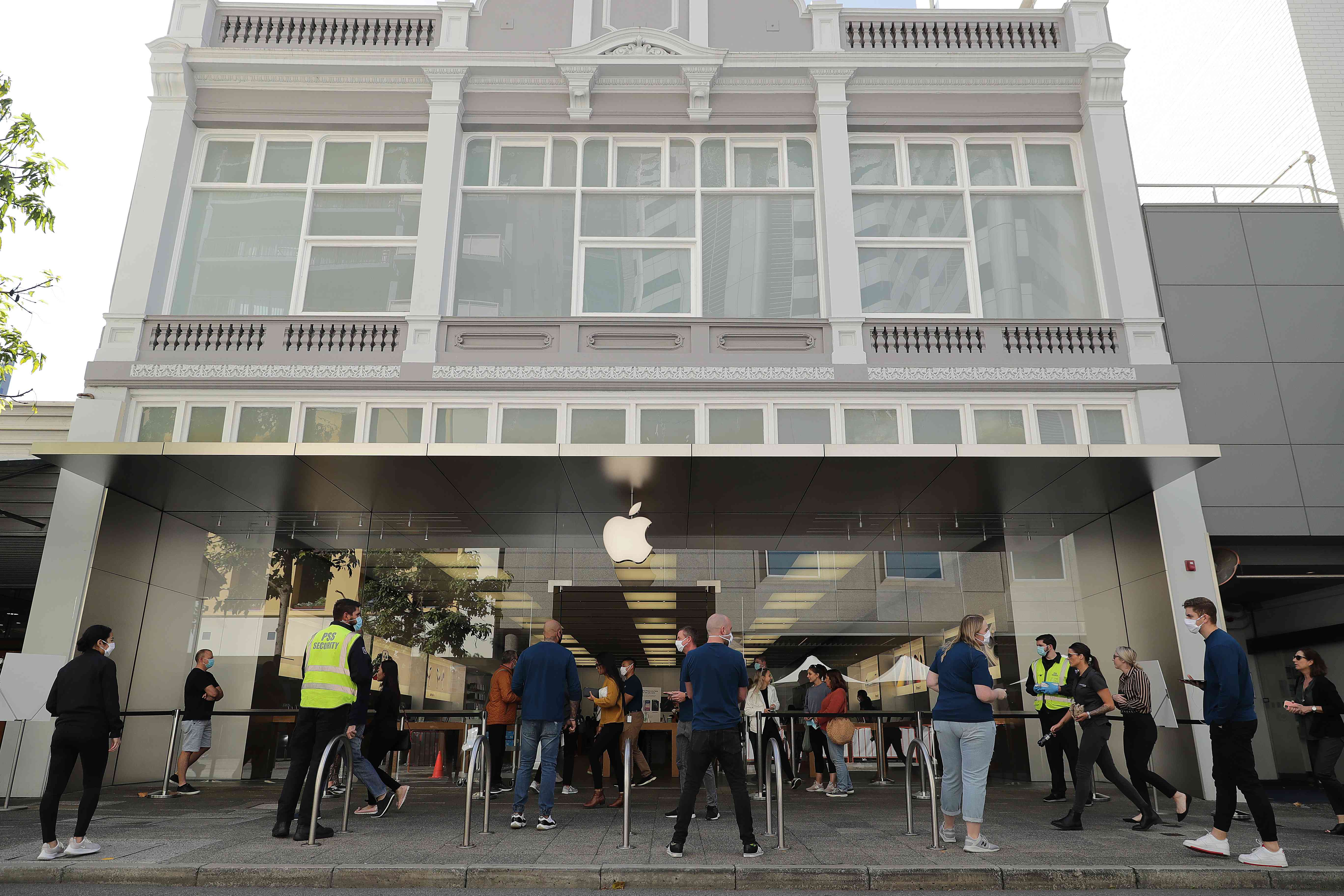 Apple’s corporate structure is proof of a failure by executives to model plans they want lower-level employees to follow, according to Turner; however, others think it’s much more complicated. Skeet suggests that reading of the situation is naïve at best, though understandable.

Corporate positions manage employees and can largely be handled from at-home offices, while tech-based customer service jobs require a degree of physical availability.

In the end, Skeet thinks no company is better suited for meeting this moment than the Cupertino-based conglomerate. The company’s history of being an innovator makes it distinctively situated to excel under the pressures of COVID-19.

“Apple is known for its design capacity,” said Skeet, “so I tend to believe that if there’s a company that can figure out how to do this well and design a process that puts both customers and employees at ease and mitigate the risks…I believe Apple can do it.”