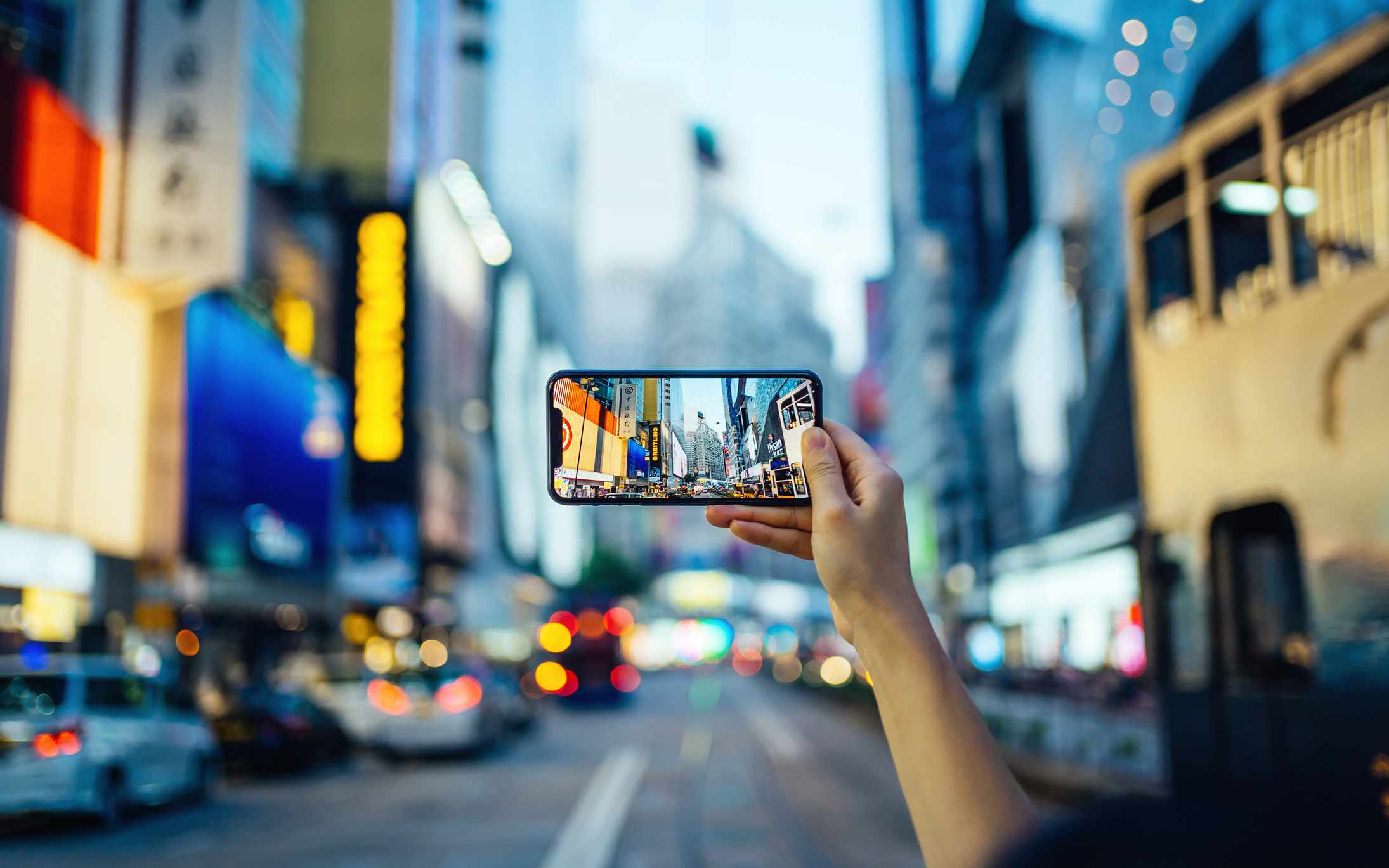 In iOS 14.3, Apple added ProRAW to both the iPhones 12 Pro. It’s radical stuff, giving you access to deep data from the iPhone’s cameras, along with the ingredients of Apple’s special sauce.

In cameras, raw files contain all the raw data from the sensor, the ones and zeros that are later turned into the shapes and colors you see in a JPG. Apple’s take on raw files is, of course, a little different.

It takes this raw data, and packages it up with all the smart AI processing that makes iPhone photos so good—the 3D portrait models, noise-reduction, and so on. But why is that useful to you? Is it good enough for pro photographers? Is it too complicated for casual shooters? Let’s see.

“I think it’s a great thing to make RAW more accessible AND it offers a lot for Pros,” Sebastiaan de With, co-developer of the Halide camera app, told Lifewire via direct message, “But it doesn’t just eliminate or completely displace regular RAW. It has serious trade offs because of its capture time (slow to capture), process (no way to turn off noise reduction), and file size.”

ProRAW is only available on the iPhone 12 Pro and Pro Max, most likely due to both the extra memory available on these devices, and also as a differentiator to set it apart from the regular iPhone 12. You have to explicitly enable it to use it, which is a good thing because a ProRAW photo takes up ten times the space of a JPG, up to around 25MB per image.

A camera’s sensor doesn’t capture an image. It just records how much light falls on each pixel. That’s the raw file. The next step is to take that data and turn it into colored pixels. This step is called demosaicing, and the result is a flat, ugly image, probably with weird colors. Only then does the camera get to work. If you use a regular digital camera, it processes this image to get a good white balance, tweaks the contrast, and more, and displays the result on the screen.

“I think it’s a great thing to make RAW more accessible AND it offers a lot for Pros.”

The iPhone does this, and a whole lot more. It might apply HDR to bring details to the highlights and shadows. It might take several images, and use them to make a noise-free, super detailed image in ‘sweater mode.’ And it also creates depth maps to apply its portrait blur. Normally, it then produces a HEIC image file (equivalent to a JPG for our purposes), and throws all that other data away.

With ProRAW, the iPhone instead saves all of these steps into the file, so you can adjust any of them manually in an editing app like Adobe’s Lightroom. And, big surprise, Apple uses an open standard to do this: DNG (digital negative). This means that any raw-image-capable app will be able to read the files.

For the best in-depth explanation of raw files in general, and ProRAW in particular, take a look at the Halide blog, where de With’s colleague Ben Sandofsky lays it all out. Reading that post, you’ll see that ProRAW isn’t strictly raw. It doesn’t actually contain those original ones and zeros recorded by the sensor. But it’s close, and the compromise also means that ProRAW is available from all four of the iPhone 12 Pro’s cameras, including the selfie camera.

What Does ProRAW Mean For You

If you’re already happy with the photos from your iPhone 12 Pro, then you don’t need to switch on ProRAW. In fact, unless you specifically want to spend time editing your images, then you should ignore any kind of raw capture, including ProRAW, because you’ll be wasting storage space for nothing.

But there are some great reasons for using ProRAW. One is if you already edit your photos in an app like Lightroom. Using ProRAW lets you turn off Apple’s over-enthusiastic noise reduction, for example, which can often smear fine details. 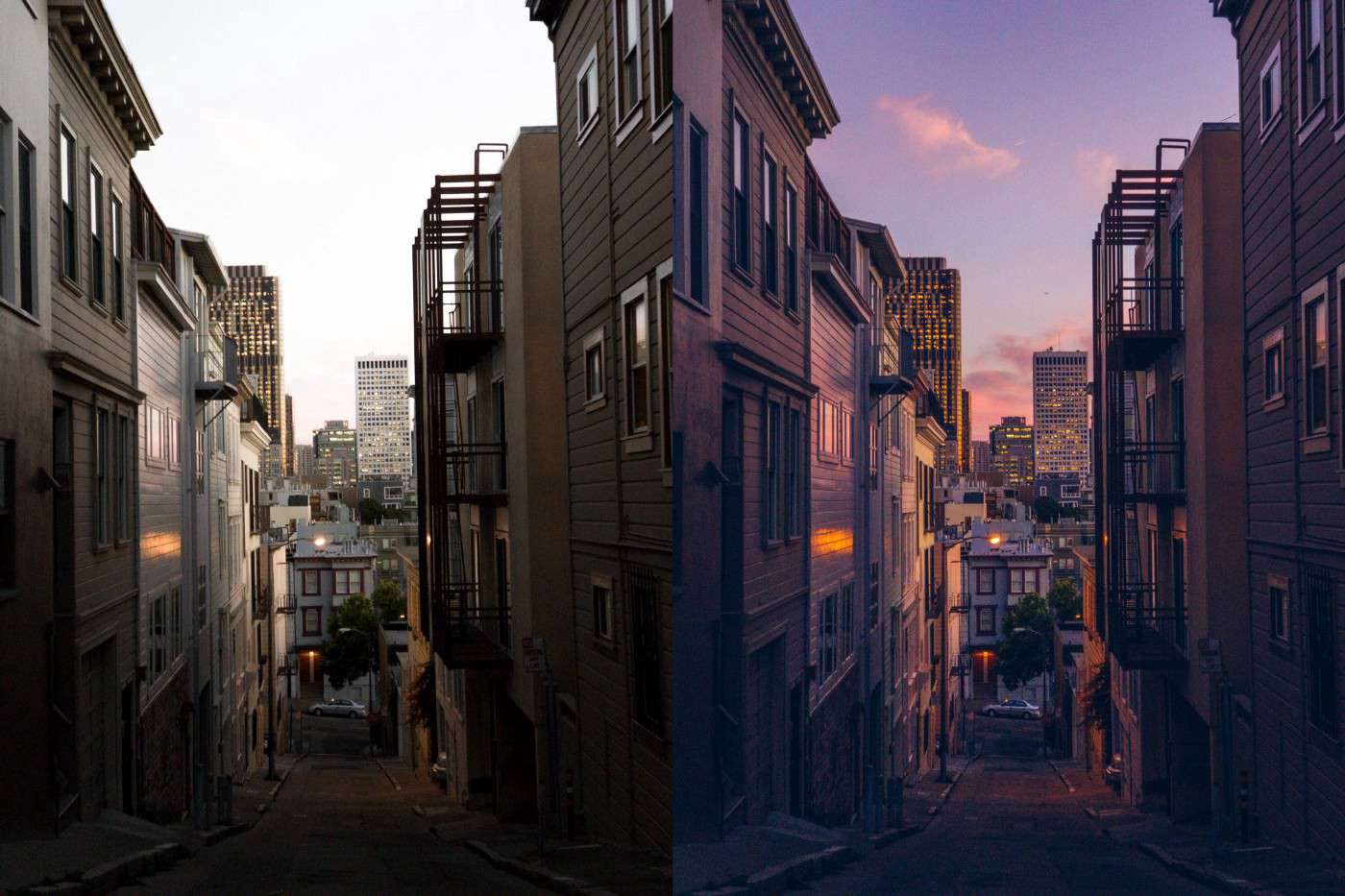 The types of edits that a RAW file enables.
Halide

You might like to convert digital images to gritty B&W, for example. You could disable noise-reduction, and enjoy both the extra detail, and the appearance of noise that this entails. In B&W, even digital noise looks like lovely film grain.

It’s also likely that apps will add features that use the extra info in these ProRAW files. They can radically reinterpret colors from the demosaiced ‘raw’ data, for example, and give more realistic film simulations, or crazier filters. Or they could ignore the noise reduction and instead use their own, while also letting you use the iPhone’s amazing 3D depth maps to separate the subject from the background.

The takeaway is that you get all of Apple’s incredible image processing, but you can also access most of the underlying data. And you can also pick and choose what parts you keep. It’s extremely powerful, if that’s what you need, and the only penalty is the extra file size. But if you use iCloud Photo library, you don’t need to store all those originals on your iPhone anyway.

Professionals and enthusiasts get to unlock the hidden depths of their iPhone cameras, whereas those people who don’t care will suffer no penalty. It’s a real win-win.