Keeping your PC up to date is necessary to ensure peak performance and security. If you haven’t seen an update in a while, Windows may disagree with your settings. 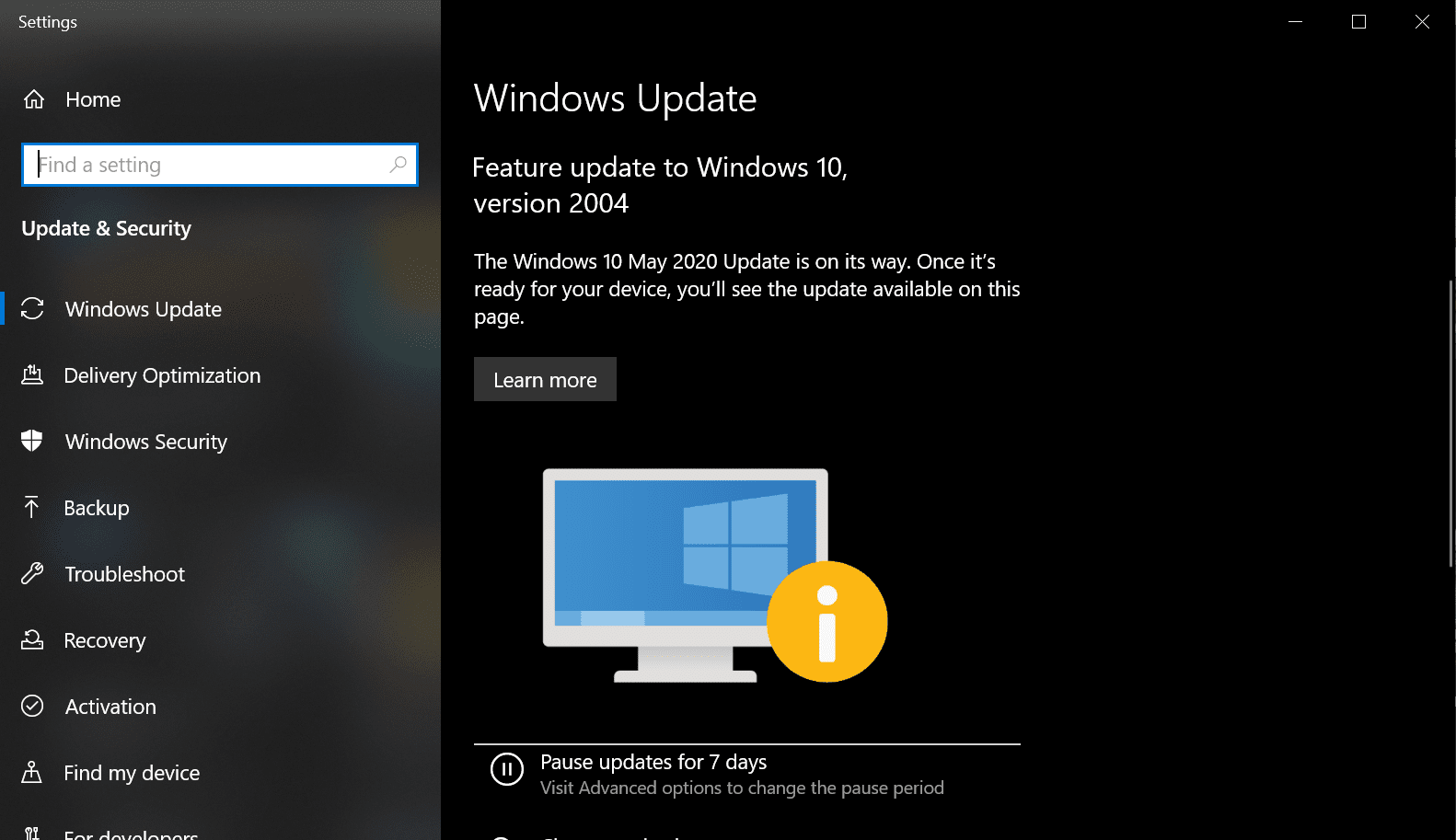 If you check to see which version of Windows 10 you’re currently using and it’s not version 2004, it means Windows has deemed your PC unfit for the update.

What’s the problem? As reported by ZDNet, the update, also known as the Windows 10 May 2020 Update, is blocking PCs from upgrading due to incompatible drivers and certain PC settings. PCs running Windows 10 version 1809, 1903, and 1909 are reported to be affected.

Confirming the problem: Microsoft watcher Paul Thurrott also ran into this issue when trying to update from version 1809, saying on Twitter he’s “never seen this before.” Another user on Reddit encountered the same problem trying to upgrade from Home to Pro.

Official Microsoft documentation regarding the problem further explains the issue could be caused by older NVIDIA display adapters.

For those unable to update their drivers, or those who see the “PC settings aren’t supported” message, a Microsoft Support page explains they should go to the Core isolation page in Windows Security, then turn the Memory integrity setting off.

Bottom line: If your PC isn’t running Windows 10 version 2004, it’s most likely one of the aforementioned issues, rather than your hardware going unsupported. Find the time to address the issues and get your PC updated as soon as possible. No one wants to be left behind and vulnerable to viruses, malware, or poorly performing software.