As more and more in-person tech events are cancelled or postponed due to Coronavirus fears, Apple sidesteps the entire issue and offers its annual developer conference as an online-only experience.

Apple announced that its annual developer conference, WWDC, will be offered as a digital- and online-only event to be held in June. 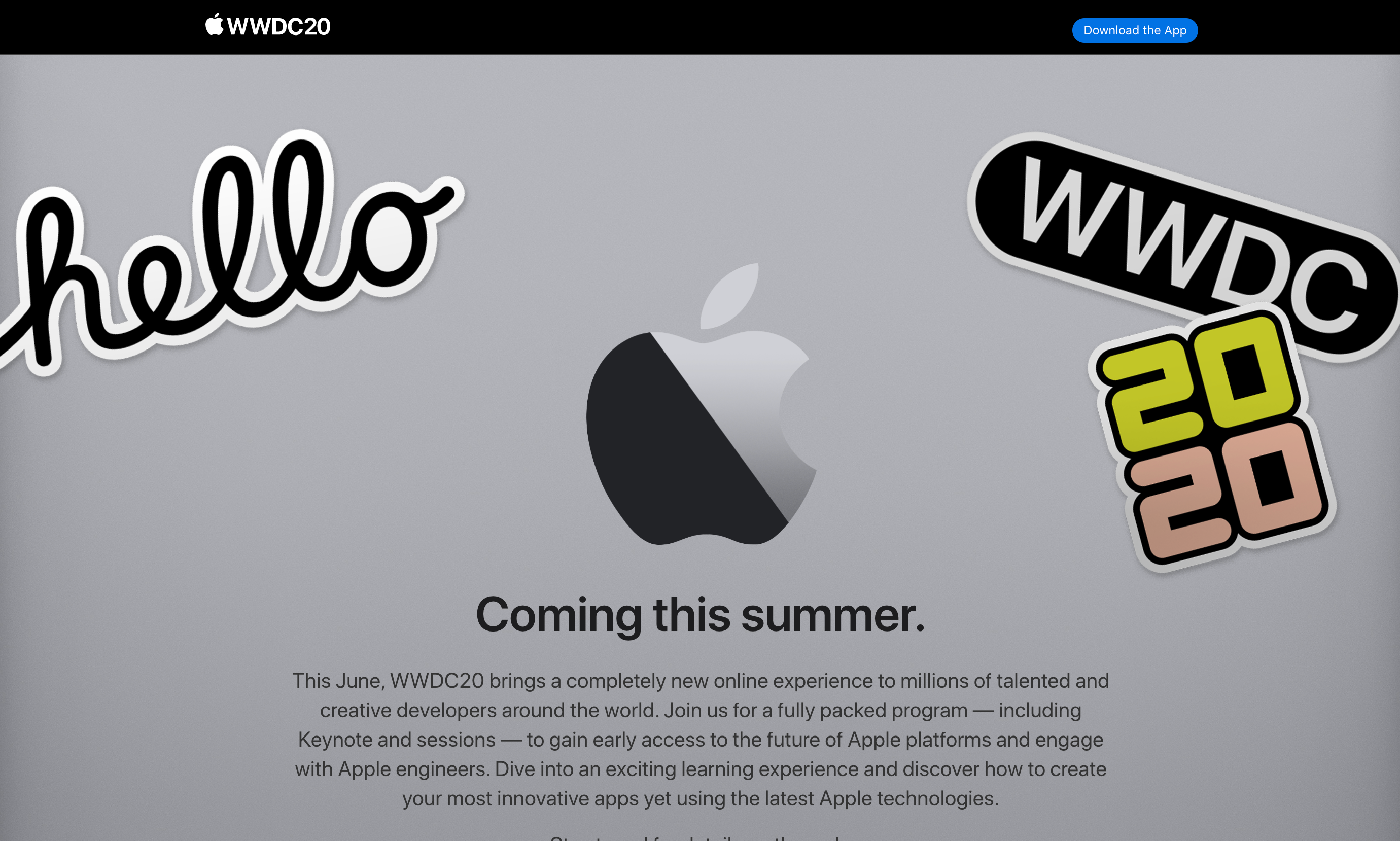 What they said: “This June, WWDC20 brings a completely new online experience to millions of talented and creative developers around the world,” writes Apple on its developer portal web page. “Join us for a fully packed program — including Keynote and sessions — to gain early access to the future of Apple platforms and engage with Apple engineers.”

Apple also says that further details will come on the web, via email, and within the Apple Developer app.

The Big Picture: So many tech companies have canceled their in-person events recently amid concerns over large gatherings. Microsoft has moved its own developer event, , to an online space, while Facebook canceled its annual developer event, F8. Google canceled I/O for May, too.

Gaming conferences and E3 have both been canceled or postponed, the Mobile World Congress in Spain has ben canceled, and Adobe for its annual Summit event, as well.

The Bottom Line: Apple is well-suited to offer an online event, after having streamed its Keynotes live for many years. How they’ll manage more intimate developer workshops and real-time give and take sessions is anyone’s guess, but it could point the way toward a new way of holding these massive events.

Become an Expert on Development