Apple Fitness+ Could Be Your New Favorite Gym 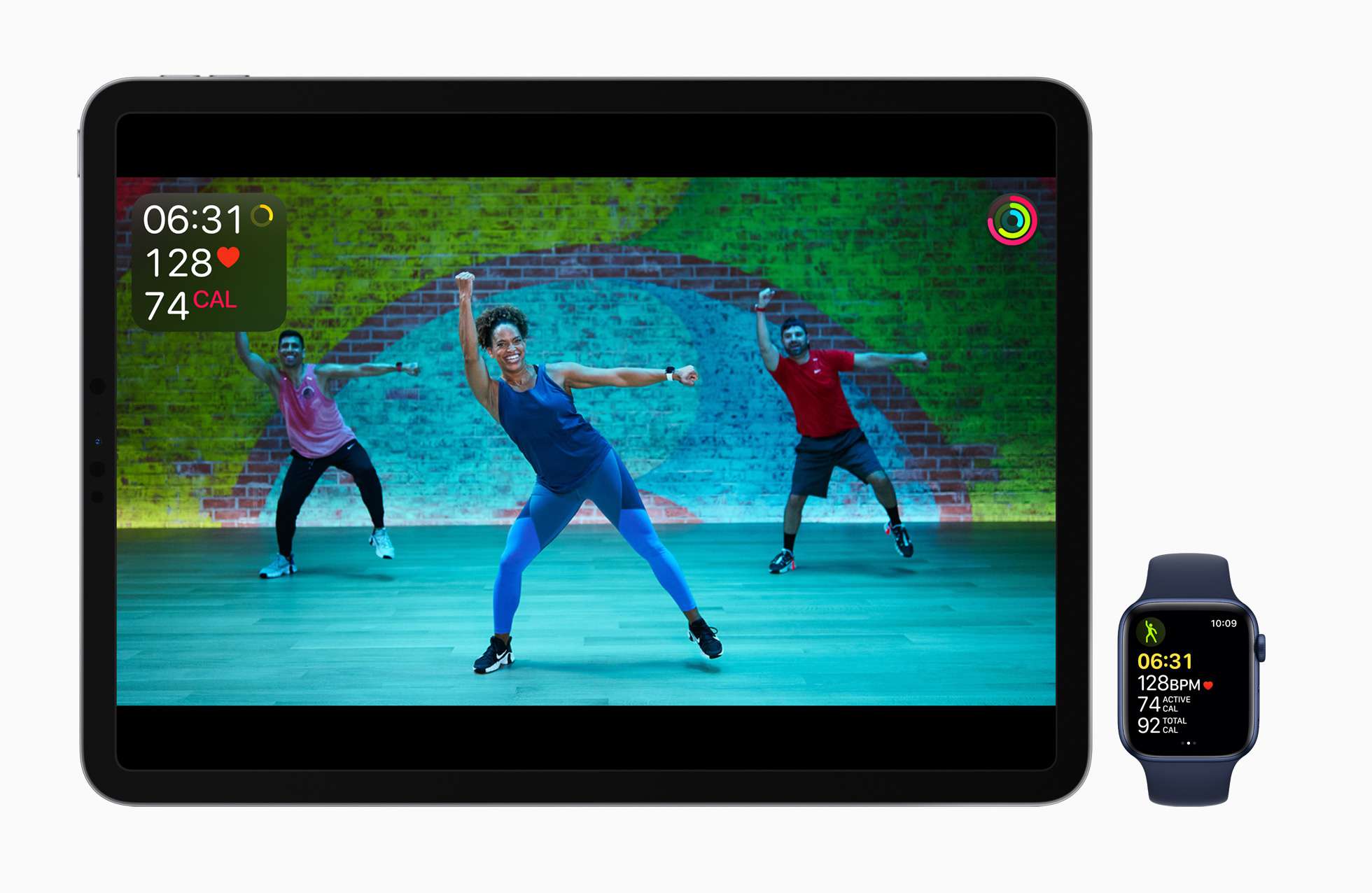 Apple’s new Fitness+ looks like the perfect service for keeping us all in shape during our COVID lockdowns. And it seems like Apple has pulled off a great trick: the service is appealing to beginners, and also good for experts.

Fitness+ is available to Apple Watch users in English-speaking countries. You’ll also need an iPad, iPhone, or Apple TV to watch the videos. At launch, there are plenty of different workout styles to keep you busy, and there’s a rather clever mechanism to include people of all abilities. So, what do the experts think?

“Fitness+ was designed to be welcoming, fun, and intended to scale from newcomers to fitness experts,” writes Apple pundit John Gruber.

All Apple Watch owners get a free one-month trial, and recent Apple Watch buyers get three months. The service costs $9.99 per month, and is also part of the Apple One bundle where available.

To use Fitness+, you’ll need to make sure all your devices are updated to the most recent version of their operating systems—iOS 14.3, and watchOS 7.2. Fitness+ lives inside the Fitness app (which used to be called the Activity app). iPad users will have to download the app from the App Store.

To play along, you select a workout, and begin. Your Apple Watch will automatically connect, and your workout details will appear on the screen.

Interestingly, your whole workout regime is associated with your Apple account. That means that you can start a workout at someone else’s home. “If you’re at a friend or family member’s house, or at a public facility with Apple TV, you can work out with Fitness+ as you, with your activity history and settings, without taking over as the signed-in iCloud/iTunes account system-wide on the Apple TV,” writes Gruber.

You can also work out with other people. Multiple watches can connect at once.

“Fitness+ was designed to be welcoming, fun, and intended to scale from newcomers to fitness experts.”

One note: It seems that Fitness+ is only available in English-speaking countries. This is determined by the territory of your iTunes/App Store account. Even if you have your devices set to run in English, you’re out of luck.

Great for Beginners and Experts

You don’t need any special equipment to use Fitness+, but you will need it for some types of workouts. Treadmill, rowing, and cycling workouts, for example, are tricky without the gear. But instead of free weights, you can just pick up some canned food or water bottles. Any old stationary bike will do, though. You don’t need a connected machine. Of course, if you do want to buy gear, Apple has you covered.

“I love that Fitness+ syncs seamlessly with the Apple Watch. You just pick the workout you want and then hit start,” writes CNBC’s Todd Haselton, who has been testing Fitness+. “Any Apple Watch owner knows how addictive it can be to try to close all of your rings every day, and I like that the app puts this right on the screen to encourage me to close mine.”

Input’s Raymond Wong agrees that the combination of digital encouragement and fun workouts is a winner. “FitnessPlus’ integration with data measured by the Apple Watch is clever and adds value to the smartwatch,” writes Wong. “Yeah, Fitness+ is sort of a modern take on the jazzercise of the ‘80s, but the workouts are more engaging and very well produced, which only makes them more addictive.” 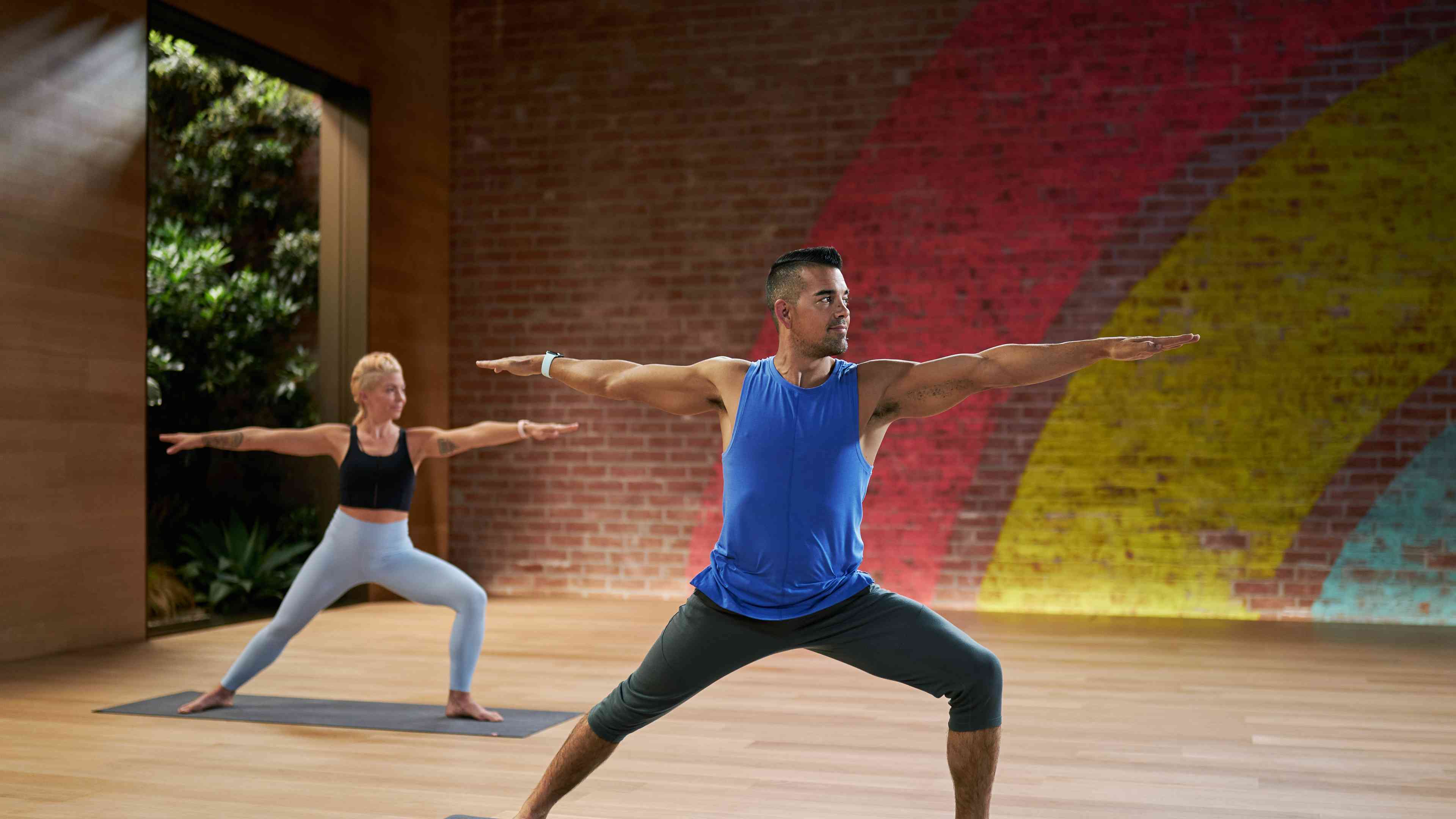 Not all users agree. Graham Bower, fitness expert and co-developer of fitness app, Reps and Sets, doesn’t like the choice of music. Or rather, the lack of choice. “With its unrelenting pumping musical soundtrack, Apple Fitness+ yoga is actually quite stressful,” Bower told Lifewire via instant message. “No idea what they were thinking.”

On the other hand, he says, Fitness+ is quite impressive in some aspects. Despite a few gaps, probably because it’s so new—”Only two strength workouts that don’t require dumbbells”—overall there’s a lot to like. “The selection of workouts is a bit limited at the moment,” he says, “but they’re adding more every week.”

One oddity: If you look at the videos and accompanying publicity photos, the instructors seem to be smiling even while they grit their teeth, and call out instructions. In theory, this is a pretty impressive trick. But after a while, it just seems weird.

Despite this, Apple’s Fitness+ looks like a winner. And if you already have an Apple Watch, there’s no excuse not to try it, for a month at least. You might end up starting 2021 in great shape, instead of wishing you hadn’t eaten so much over the holiday season.