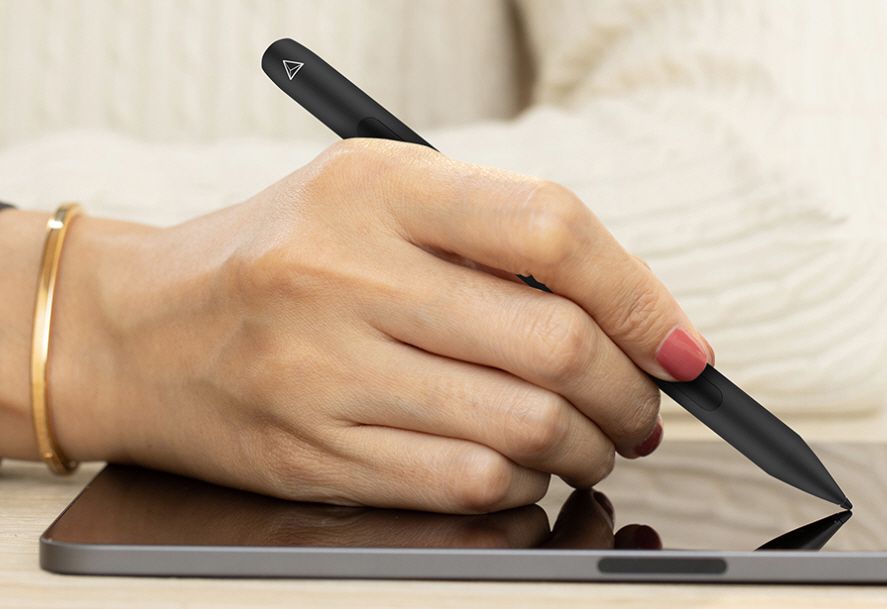 Even though I spend most of my time typing on a keyboard, I’m a big fan of handwriting. There’s something about the feel of a pen and paper that organizes my thoughts in a way that typing never will.

I was excited to try out because frankly, I have too many peripherals on my desk. This gadget works both as a mouse and a stylus in one Bluetooth-connected package. I was impressed with its smooth performance and easy setup.

Out of the box, the Note-M looks like a meaner in a sleek black metal frame. The 6.5 inches long and 1.5 inches around stylus feels better than the Apple Pencil too with its subtly textured surface. I’ve never been a fan of the slick surface of the Pencil which can make it hard to manipulate.

Setting up the Note-M was a breeze. I got it paired and worked with my iPad within seconds of taking it out of the box. It came already charged and I just needed to find it on the Bluetooth menu on my iPad. The pen is magnetic and snaps right on the side of your tablet.

The Note-M worked just as well as my Apple Pencil for handwriting. In fact, performance-wise, I couldn’t tell the difference between Adonit’s gadget and the Pencil which is a good thing as Apple has worked long and hard to develop its stylus. But, unlike the Pencil, the Note-M does not offer tilt detection nor does it offer pressure sensitivity which could be a deal breaker for serious artists.

The Note-M has a removable writing tip that wears out and you can buy replacements online. It also includes palm rejection technology that allows you to rest your hand comfortably on the screen while you paint or write.

Where the Note-M shined was when I switched over to its functionality as a stylus. You do this simply by pressing the power button. It worked instantly without any fuss. I have spent decades in a long-running battle with mice in an attempt to stave off carpal tunnel syndrome. I was surprised at how well the Note-M worked for simple tasks like selecting text and cutting and pasting. 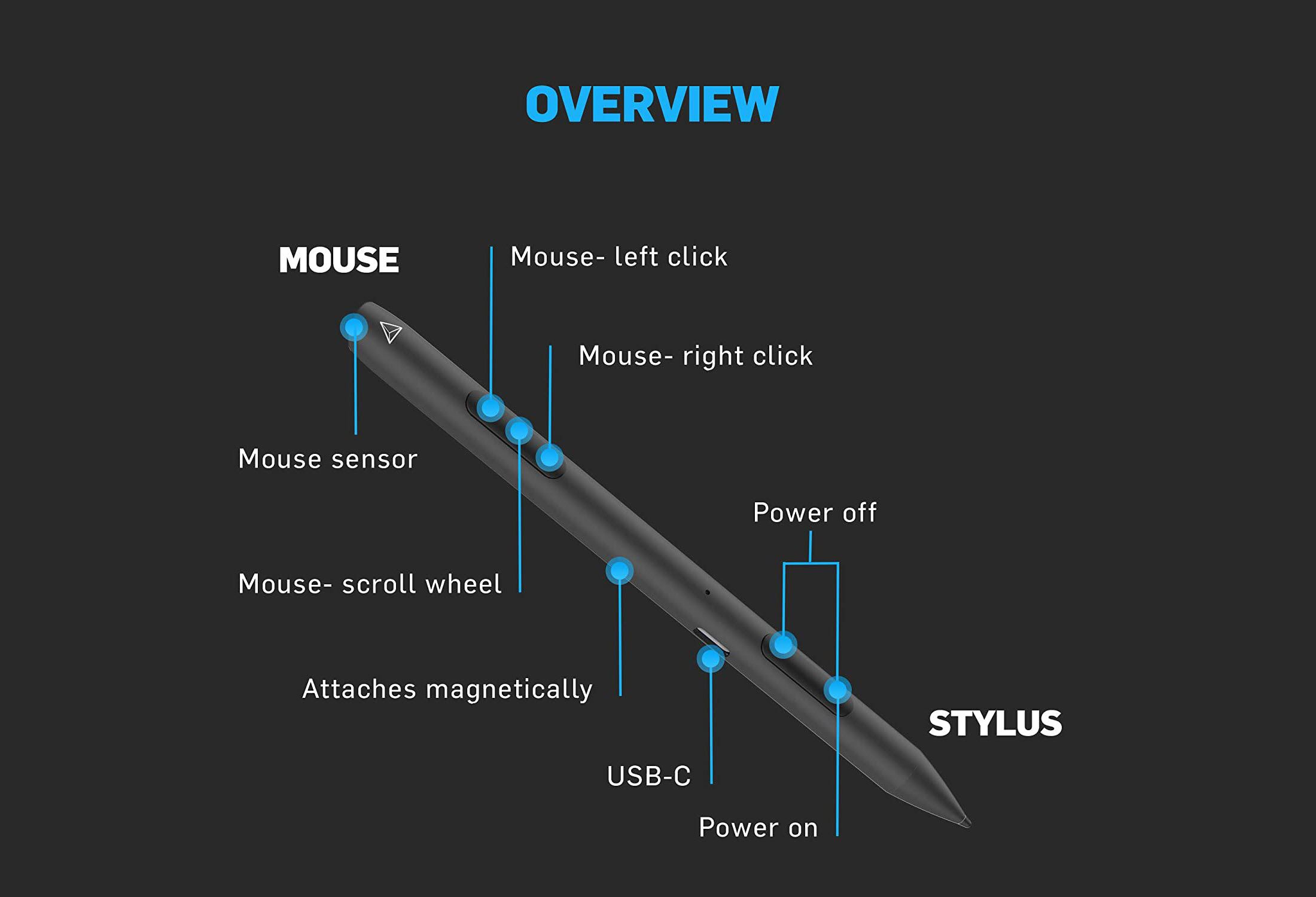 The most delightful part of this experience was the tiny rocker that lets you click left or right mouse buttons with your index finger. Somehow, Adonit managed to fit a minuscule touch panel that works as a scroll wheel. I’ll admit that I spent a lot of time clicking and scrolling just to admire all the clever engineering involved.

Using the Note-M as a mouse was a fun and satisfying experience but it won’t replace an actual mouse or trackpad. It just doesn’t beat the economy of motion these other peripherals offer. But it’s good to change things up once in a while.

Charging is one area where Apple has one over on Adonit. The Note-M won’t charge wirelessly on an iPad Pro or iPad Air like the Pencil. Admittedly though, it’s not hard to charge the Note-M through its USB-C port and the charge lasts for ten hours as a stylus and five hours as a mouse. I ran out of juice a couple of times while putting the Note-M through its paces so keep a wall charger handy.

I’d recommend the Note-M simply for its abilities as a stylus as long as you aren’t an artist. The mouse functionality is truly useful and makes a great companion to a regular mouse especially on a tablet.