Why You Should Embrace iOS Shortcuts 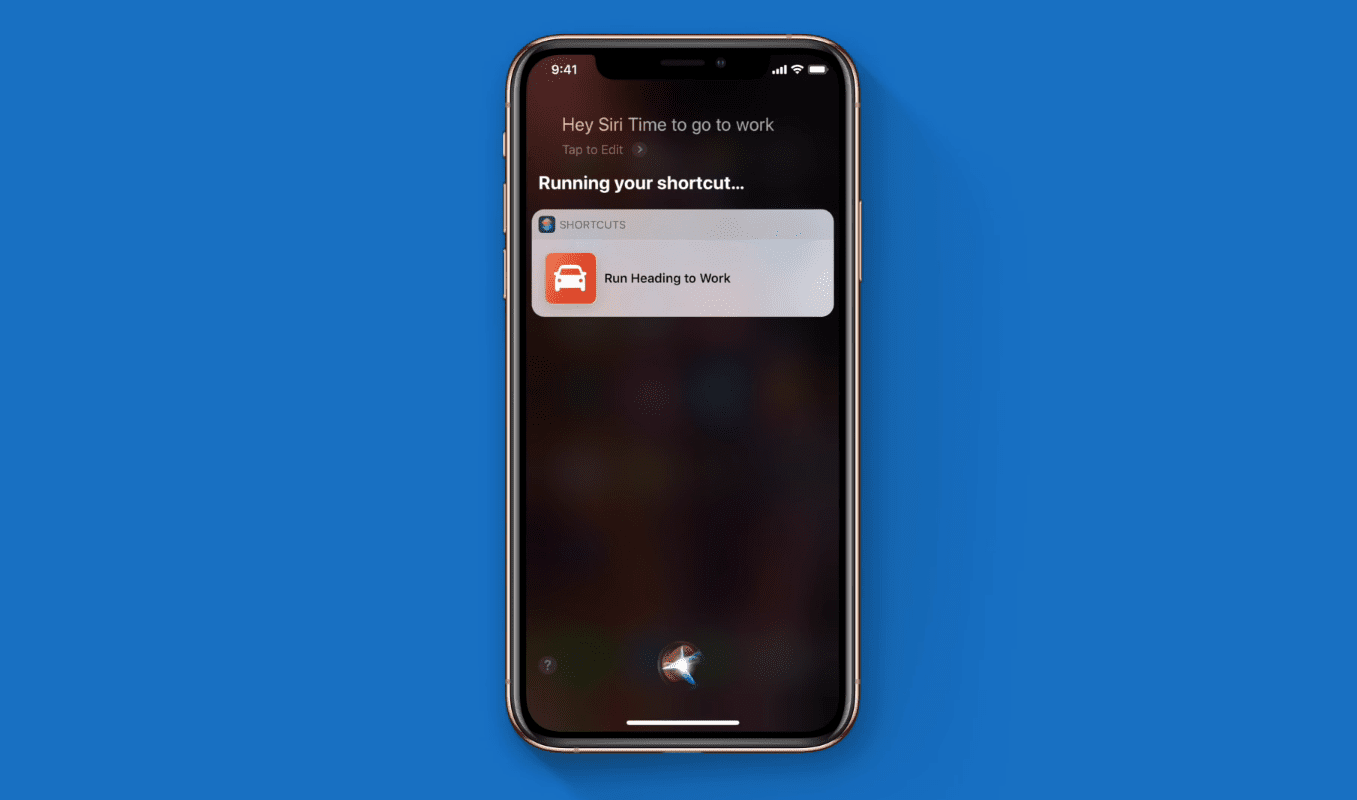 Remember the iPod Music Quiz game? It played snippets of songs from your library, and you had to guess the tune. Now, the same game is available on your iPhone. Where? It’s a shortcut inside the Shortcuts automation app.

Shortcuts lets you automate pretty much anything on your iPhone, iPad, or your HomeKit devices. Just by dragging a few steps into the order you want them to play back, you can make awesome, and surprisingly powerful, automations. Many people take a look at the Shortcuts app and dismiss it as too complex, but it’s just the opposite. Using shortcuts actually makes things simpler, quicker, and easier. You can even download shortcuts created by other people.

“The best shortcuts are always the less complicated ones.”

“It’s interesting to stop up and look for patterns in your [everyday life],” Simon B. Støvring, developer of Shortcuts companion app Scriptable, told Lifewire via direct message. “Whenever there’s a behavioral pattern, something you do everyday, there might be an opportunity to build a shortcut that makes it easier.”

How Shortcuts Work on iOS

Shortcuts is an iPhone (and iPad) app that lets you build simple or complex automations by dragging “action blocks” into a list. These action blocks are provided by your apps, and many are just built in. When you trigger a shortcut, it runs these blocks in order.

Let’s take a simple example to get the idea. Below is Apple’s own Text Last Image shortcut. 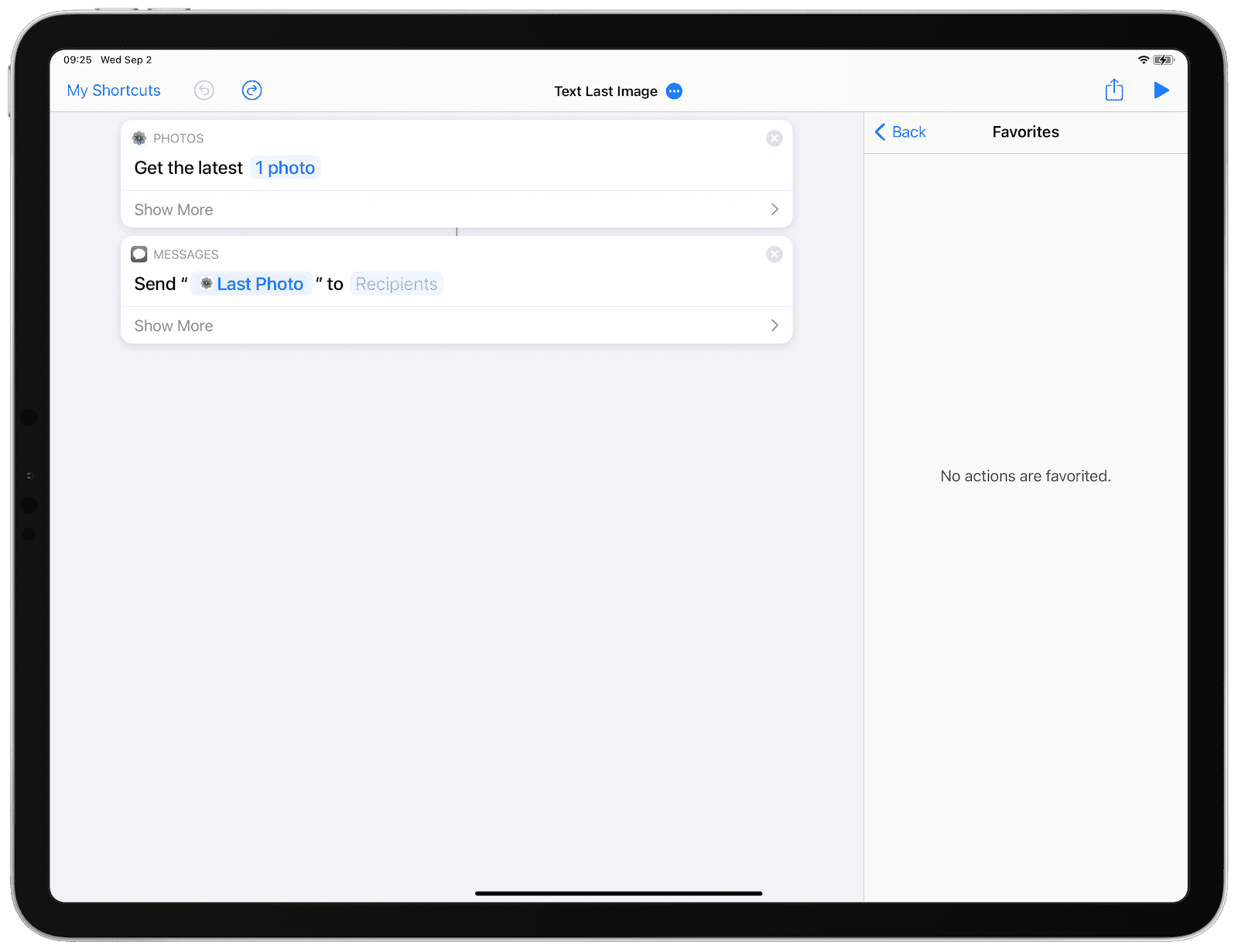 This shortcut grabs the latest photo you took and sends it to the person(s) of your choice. You add the list of names by tapping the “Recipients” button, then choosing from a list. Every time you run the shortcut, it will instantly send the photos to those people.

You can run Shortcuts in many ways. You can put an icon on the home screen, just like an app. You can run them from share sheets (the little slide-up panel that lets you send things via other apps and services, like Messages and AirDrop), and you can even have them run automatically at a specific time, or when you arrive or leave a location. And while it’s possible to make insanely complex shortcuts, it’s not at all necessary.

Why Bother With Shortcuts?

“When done right, automation can save you time and effort,” says Merrick. “Automating a task that contains several steps means you don’t have to do them yourself.”

It may take a short while to come up with the shortcut, but once you do, you never have to perform those boring, repetitive steps again. That’s what computers are for, after all.

“Once you have a task automated to make it more efficient, it’s typically also more convenient for you,” says Støvring.

This is easy. Open the Shortcuts app on your iPhone or iPad right now (or download it from the App Store), then take a look at the example shortcuts inside it. Go ahead and check out Apple’s Music Quiz shortcut while you’re at it. You can dig into the “code” of the shortcut to see how it was built, which is a great way to learn. Another good place to find shortcuts is on this subreddit.

What Can You Do With Shortcuts?

The iPhone can read NFC tags, so you can tap a sticker on a Bluetooth speaker, then a Shortcut could connect your iPhone to it. You could even put stickers on cards of favorite albums, then play them by tapping the iPhone.

Here’s one I use. When I launch my movie-watching app on the iPad, it automatically connects to a speaker, turns on Do Not Disturb, and sets the screen brightness to 100%. All without my intervention.

Now take another look at that screenshot above, the one with the neat iPad frame around it. The frame around the image was added in moments, using a custom shortcut.

“I’m almost always the last person in my household to go to bed,” says Støvring, “so I have a shortcut that I run every time I go to sleep that ensures all lights in my apartment are off and starts sleep tracking with the AutoSleep app.”