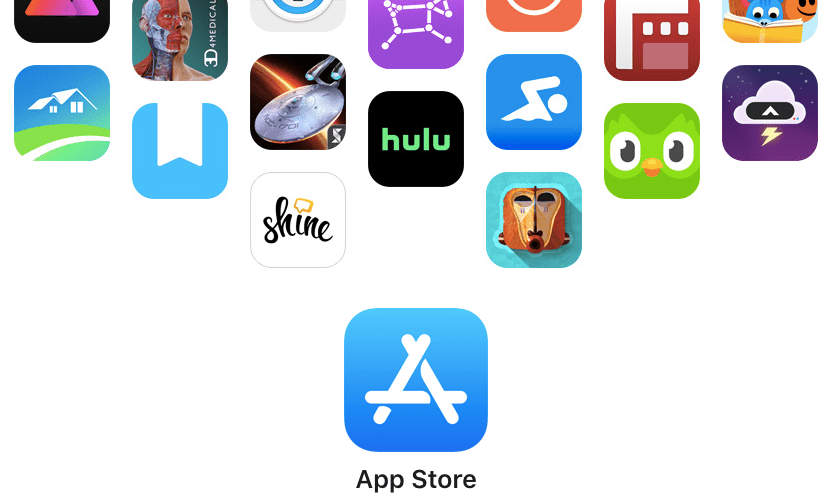 Apple is being sued over claims that its App Store is a monopoly, and users could see a wider and cheaper range of software available if the company loses.

Cydia, a formerly popular app store for the iPhone, recently filed the suit claiming that Apple stopped its rise through anti-competitive means. Before Apple created its own app store, Cydia offered a wide range of software for users.

“Were it not for Apple’s anti-competitive acquisition and maintenance of an illegal monopoly over iOS app distribution, users today would actually be able to choose how and where to locate and obtain iOS apps, and developers would be able to use the iOS app distributor of their choice,” the lawsuit claims.

Apple: Nope, We’re Not a Monopoly

Apple spokesman Fred Sainz told The Washington Post the company is not a monopoly. The iPhone maker maintains tight control over its App Store, mandating that developers go through an approval process and taking hefty commissions.

“Apple has total control over what goes on the phone. Imagine if your Dell computer only let you use Dell approved software,” Mark A. Herschberg, author of “The Career Toolkit, Essential Skills for Success That No One Taught You,” said in an email interview. “If your Microsoft browser only went to websites Microsoft approved. What if your Sony TV wouldn’t let you play movies they didn’t like? Apple has monopolistic control both in terms of limiting content and has no pressure on its 30% fee that would ever cause it to change in the customers’ favor.”

Apple is facing increasing scrutiny over its competitive practices. Last year, the U.S. Supreme Court ruled that a case involving iPhone users pursuing an antitrust lawsuit against Apple could proceed. Apple’s practice of taking a 30% cut of app sales stifles competition, the users argued. However, Apple said the suit should be dismissed because of a precedent that people can’t sue a company for services it provides indirectly.

“Apple’s line-drawing does not make a lot of sense, other than as a way to gerrymander Apple out of this and similar lawsuits,” Justice Brett Kavanaugh wrote in the majority opinion. “If accepted, Apple’s theory would provide a roadmap for monopolistic retailers to structure transactions with manufacturers or suppliers so as to evade antitrust claims by consumers and thereby thwart effective antitrust enforcement.”

The maker of Fortnite is also tussling with Apple in court. Epic Games filed a lawsuit against Apple this summer after Fortnite was pulled from the App Store. Apple claims the game was removed because Epic allowed consumers to pay directly for in-app currency at a discount, making it possible for users to skip the App Store payment system and the 30% fee it exacts.

“Apple has total control over what goes on the phone. Imagine if your Dell computer only let you use Dell approved software.”

In addition, Apple is facing pressure from European regulators. Last summer, the European Commission opened an antitrust investigation to assess whether Apple’s rules for developers on the distribution of apps via the App Store violate EU competition rules. The investigation concerns the mandatory use of Apple’s own proprietary in-app purchase system and restrictions on the ability of developers to inform iPhone and iPad users of alternative purchasing possibilities outside of apps.

“Mobile applications have fundamentally changed the way we access content,” Margrethe Vestager, an executive vice president of the commission, said in a news release. “Apple sets the rules for the distribution of apps to users of iPhones and iPads. It appears that Apple obtained a `gatekeeper’ role when it comes to the distribution of apps and content to users of Apple’s popular devices.”

Last month, Apple announced that it would reduce its commission on apps from smaller developers to 15%. In a news release, Apple CEO Tim Cook said the goal of the move was to help small businesses continue to create and thrive.

“Small businesses are the backbone of our global economy and the beating heart of innovation and opportunity in communities around the world,” said Cook. “We’re launching this program to help small business owners write the next chapter of creativity and prosperity on the App Store, and to build the kind of quality apps our customers love.”

Apple is among the big tech companies recently coming under fire for its practices. Users may benefit if the App Store gets more competition, but there’s surely a long fight ahead.