What’s All This About New Macs? 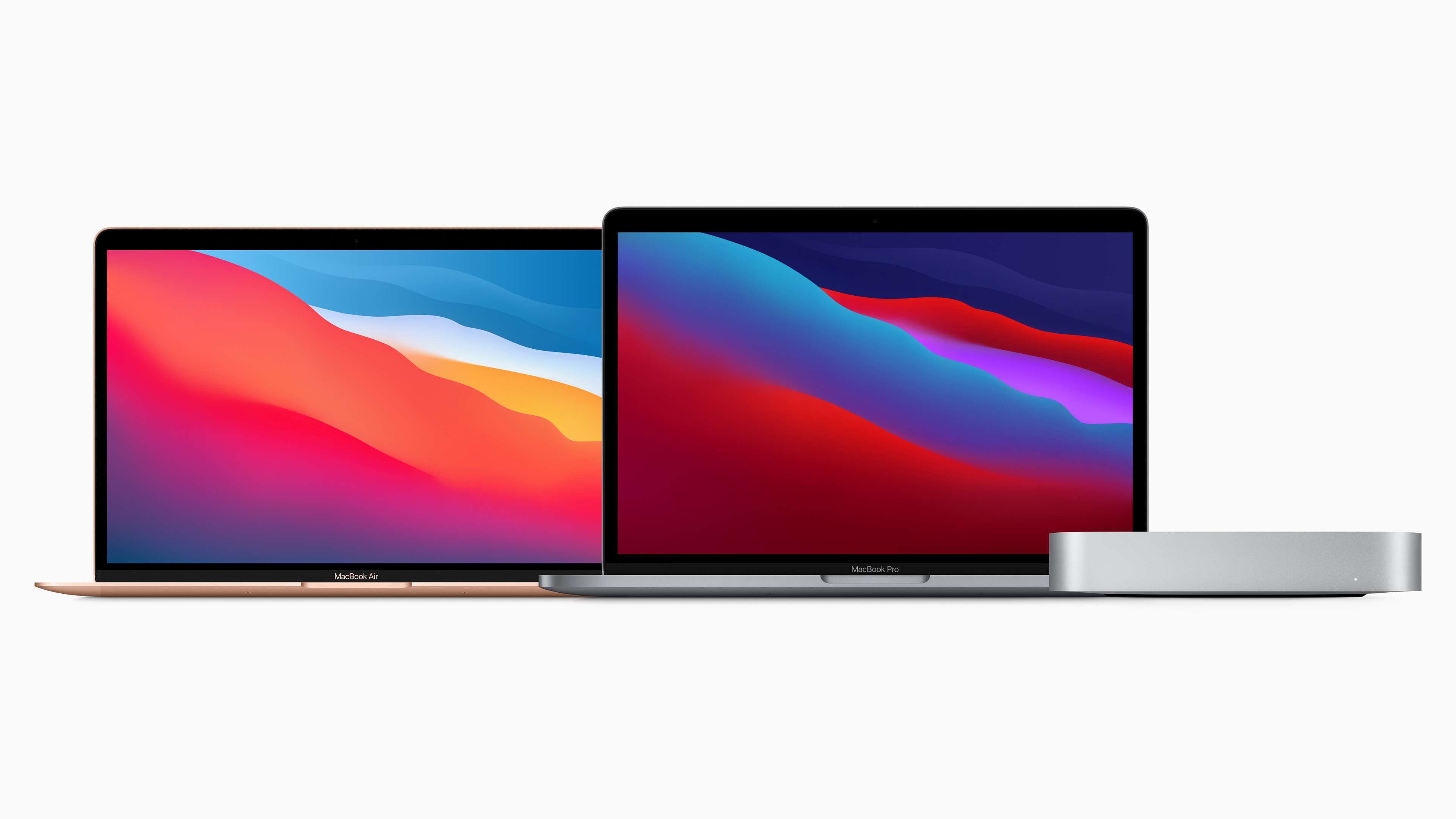 Apple’s new Macs run on Apple-designed chips, just like the iPhone and iPad. The amazing part is, even the $999 MacBook Air is faster than any Intel Mac you can buy when it comes to single-core performance.

The entry-level MacBook Air is also silent, because it has no fan, and can run for up to 18 hours on a single charge. And the story just gets crazier from there. , the M1 chips powering these new “Apple Silicon” Macs is faster in single-core performance (more on that in a second) than any other Mac ever made, including the high-end $6,000 . Oh, and you can also run your iPhone and iPad apps on these new Macs.

“The A14 [iPhone CPU] is both a power-efficient smartphone chip and one of the fastest CPUs ever made, period,” . “And the M1 is faster.”

The M1 System on a Chip

Apple has been designing its own chips since the first iPhone in 2007. Now, those chips are running in the Mac. The new M1 is based on this year’s A14 iPhone and iPad chips, only it’s designed for the Mac. The M1, like the A14, is more of a “system on a chip,” meaning all the parts of the computer—the CPU, the RAM, the data-storage SSD, and so on—are integrated onto a single chip. Even the controllers for the USB and other inputs and outputs are on the M1.

This system is designed to be fast, but because it comes from the chips that have powered the iPhone for years, it also uses very little power. 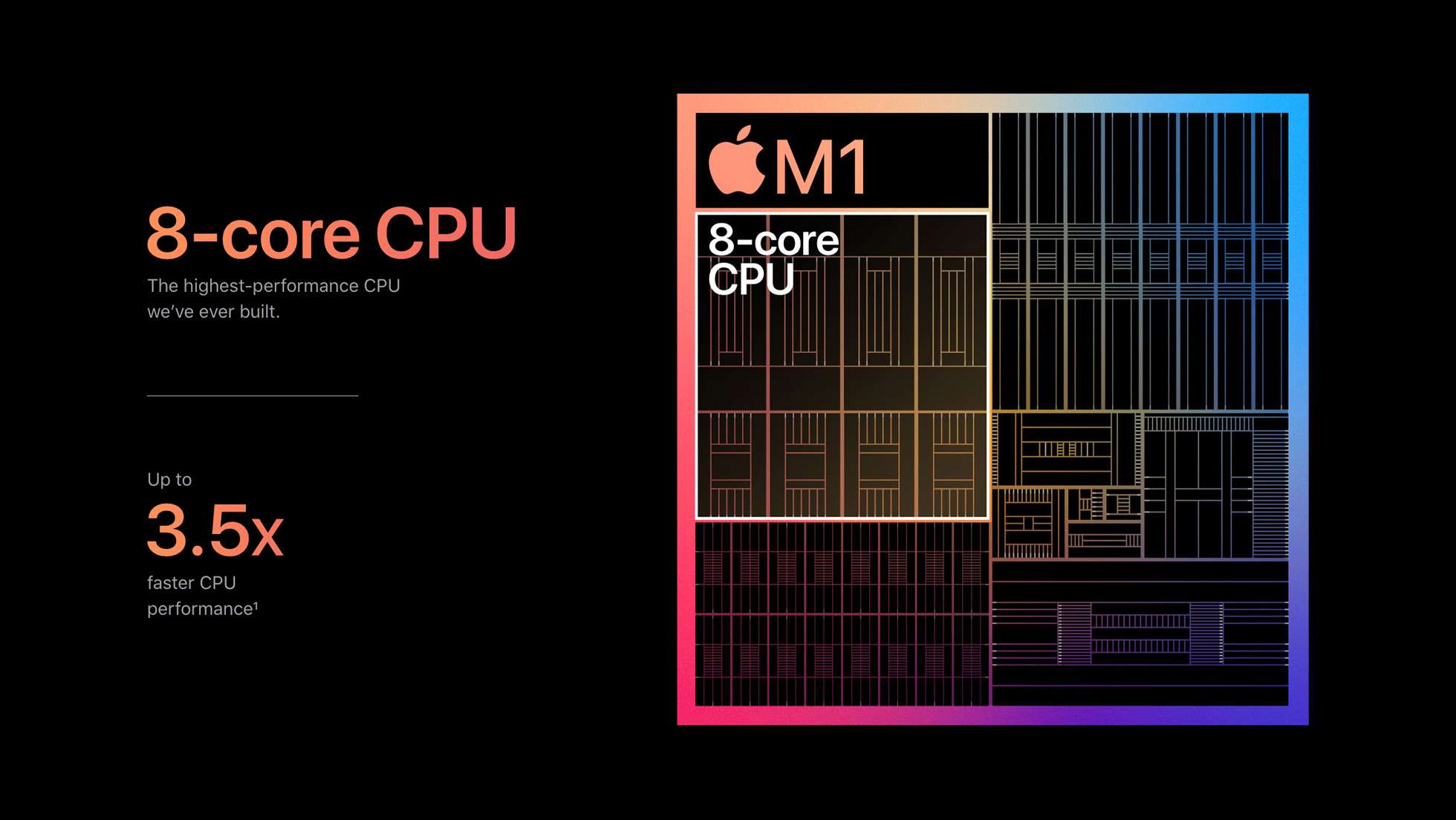 These chips also have many “cores,” which are essentially individual computers that can run in parallel. The M1 has eight cores. Its four “efficiency” cores—the day-to-day cores that sip electricity—are already as fast as the previous MacBook Air. It’s not until the Mac needs more oomph that the performance cores kick in.

“For me, it’s seeing the platform being significantly pushed forwards in terms of processor speed,” Mac and iOS told Lifewire via direct message. “It’s been a long time since I’ve bought a Mac that is double the speed of the one it’s replacing. That should allow me to do a lot more as a developer, even if it is just to make dice look extra shiny :).”

Apple plans to move its entire Mac lineup to M-series chips within two years. The first M1 Macs, available to buy now for shipping as early as next week, are a MacBook Air, a 13-inch MacBook Pro, and a Mac Mini.

The Air is pretty much the same Air as before. Put the old Intel Air and the new M1 Air side-by-side, and the only way to tell the difference is by (the new machines have keys for Spotlight, dictation, and Do Not Disturb). Inside, the big difference is that it has no fan to cool it (just like the iPad), so it runs completely silent. Things may get warm, much like the iPad, but if this Mac gets too hot then its performance will be slowed down until it cools off.

“This is just the first wave of Apple Silicon Macs, and so far, only the MacBook Air line has been fully updated.”

The MacBook Pro is pretty much the same as the Air, with the same M1 chip, plus a fan. This is the first time we’ve seen an Apple Silicon machine with a fan inside, and it allows Apple to really let the M1 off the leash. We don’t yet know the full power of this combo, but it’s going to be impressive. Other than the fan, the Pro bests the Air with better microphones and speakers, a bigger battery, a Touch Bar, and a brighter screen. 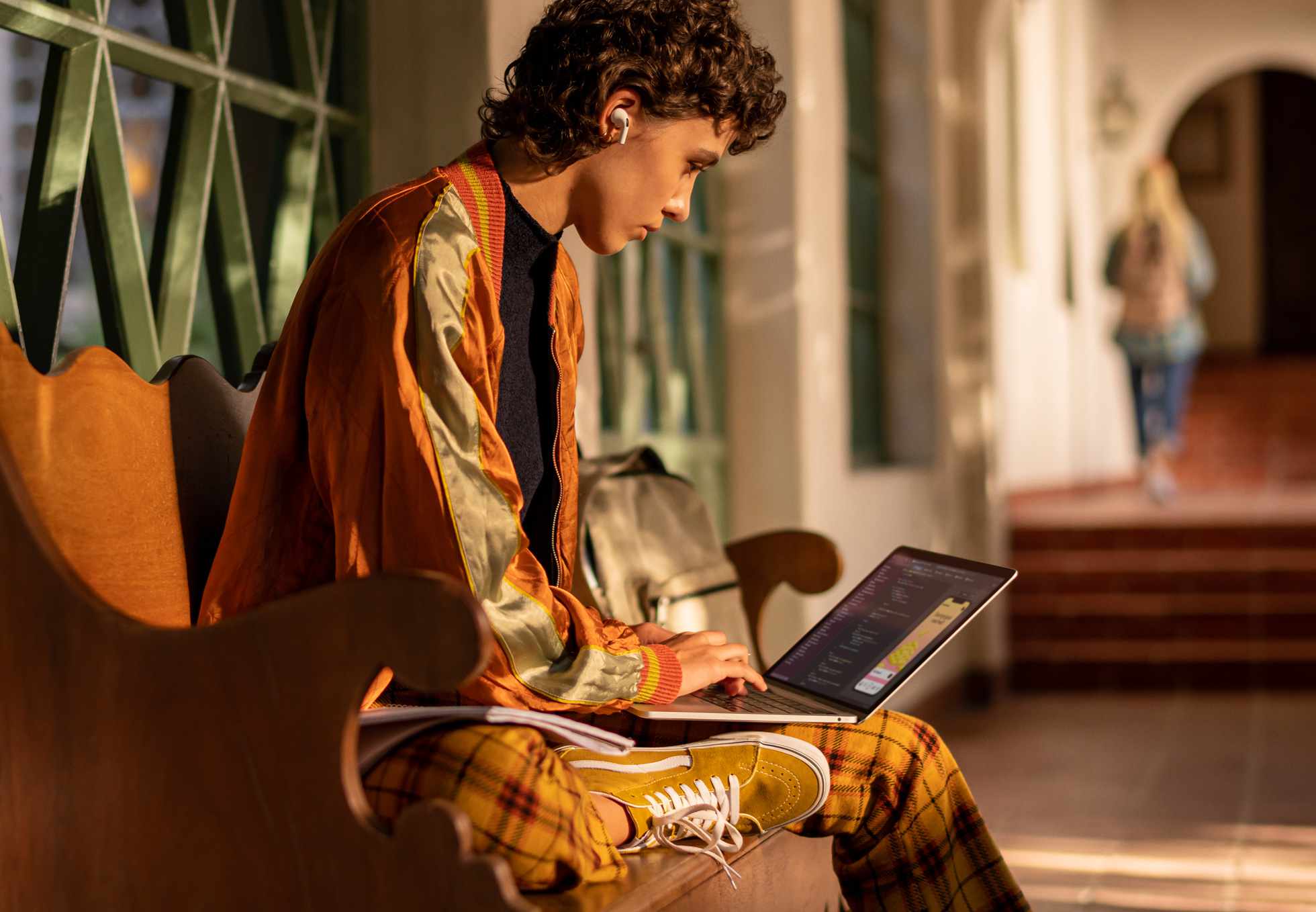 The M1 Mac Mini is notable because it’s $100 cheaper than the model it replaces, and can presumably run even faster because it’s in a relatively big, ventilated case. The mini also has only two USB-C/Thunderbolt ports against four from its predecessor. This appears to be a design limit in the current M1.

The problem with switching from Intel to Apple Silicon is that none of your Mac apps will work, any more than a Mac app could run on your iPhone. Apple gets around this with Rosetta 2, a translation layer that converts incompatible parts of apps to run on the new machines. This translation happens when you download an app from the Mac App Store. The , Apple’s tech for managing the switch to Intel 14 years ago, and also from the .

“For me, it’s seeing the platform being significantly pushed forwards in terms of processor speed.”

The proper path for Mac developers is to recompile their apps for the new platform, which is actually pretty straightforward for many apps. But that will take time, and maybe you have an old app that will never be updated. The bad news is that apps run slower in Rosetta 2 than if they were made for the M1. The good news is that Apple’s chips are so fast that, even under Rosetta 2, they’re faster than they would be on an Intel Mac or PC. That’s just nuts. 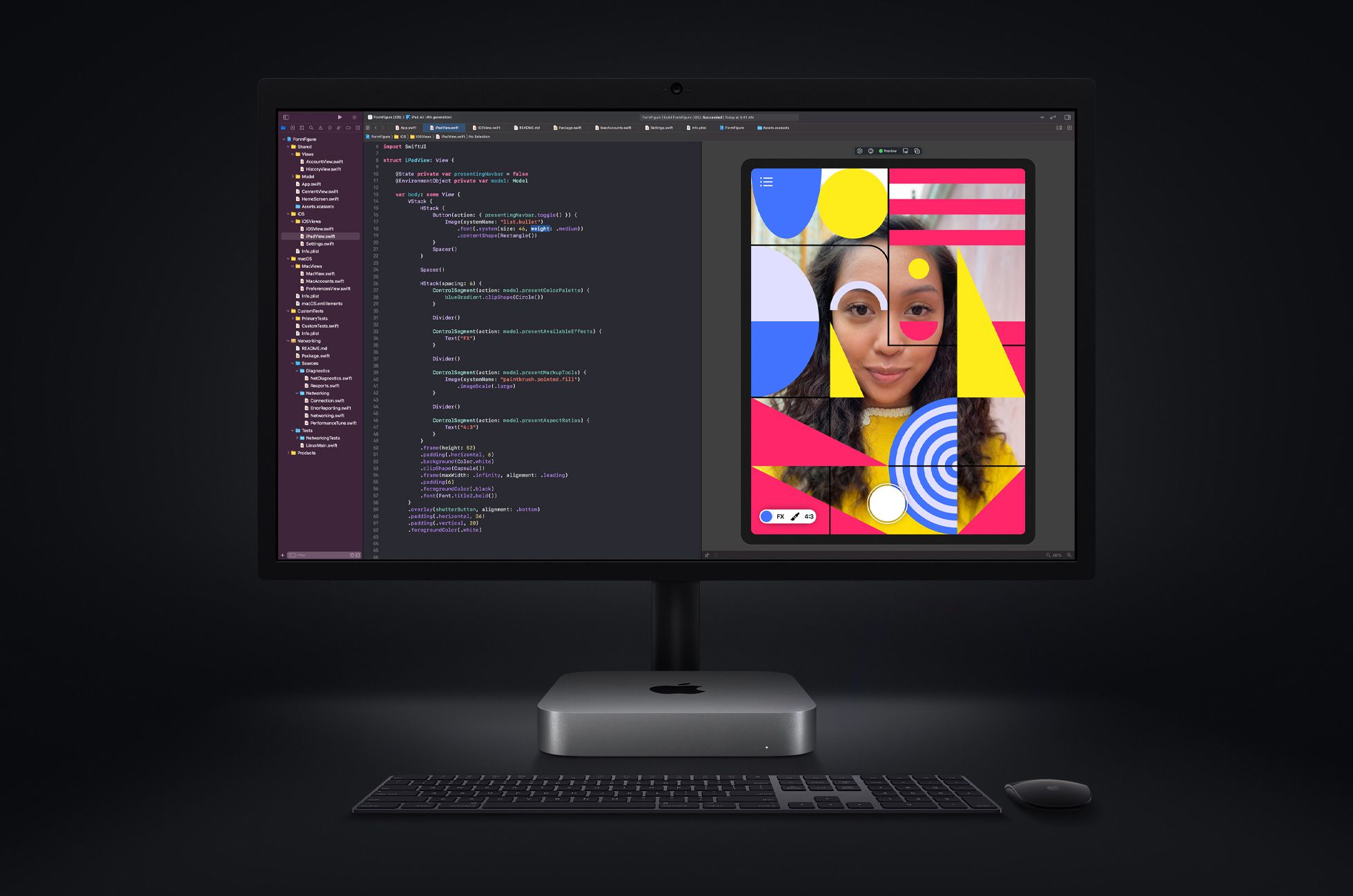 The switch to Apple Silicon for the Mac also means you can run iPhone and iPad apps on the Mac. They’re already available in the Mac App Store; if you already purchased an app on iOS, that purchase includes the Mac. However, developers can opt out of making their iOS apps available on the Mac. Maybe they have a version that’s already designed for the Mac, for instance.

Should You Buy an M1 Mac?

If you’re in the market for a MacBook Air, then just buy this one now. It’s better in every way. The MacBook Pro is also great, but if you need more than 16GB RAM, or more USB-C ports, then you should wait for Apple to update its high-end MacBook Pros.

And the Mac mini? This might be the worst of the new Macs. It too is limited to 16GB RAM, has half the number of USB-C/Thunderbolt ports, and doesn’t benefit from long battery life, because it has no battery. Then again, it’s the entry-level mini: you can still buy an Intel version with up to 64GB RAM, and a full complement of ports.

This is just the first wave of Apple Silicon Macs, and so far, only the MacBook Air line has been fully updated. But even so, the lineup is pretty incredible. It’s hard to argue with such huge jumps in performance and battery life, all while still being the Macs we love.