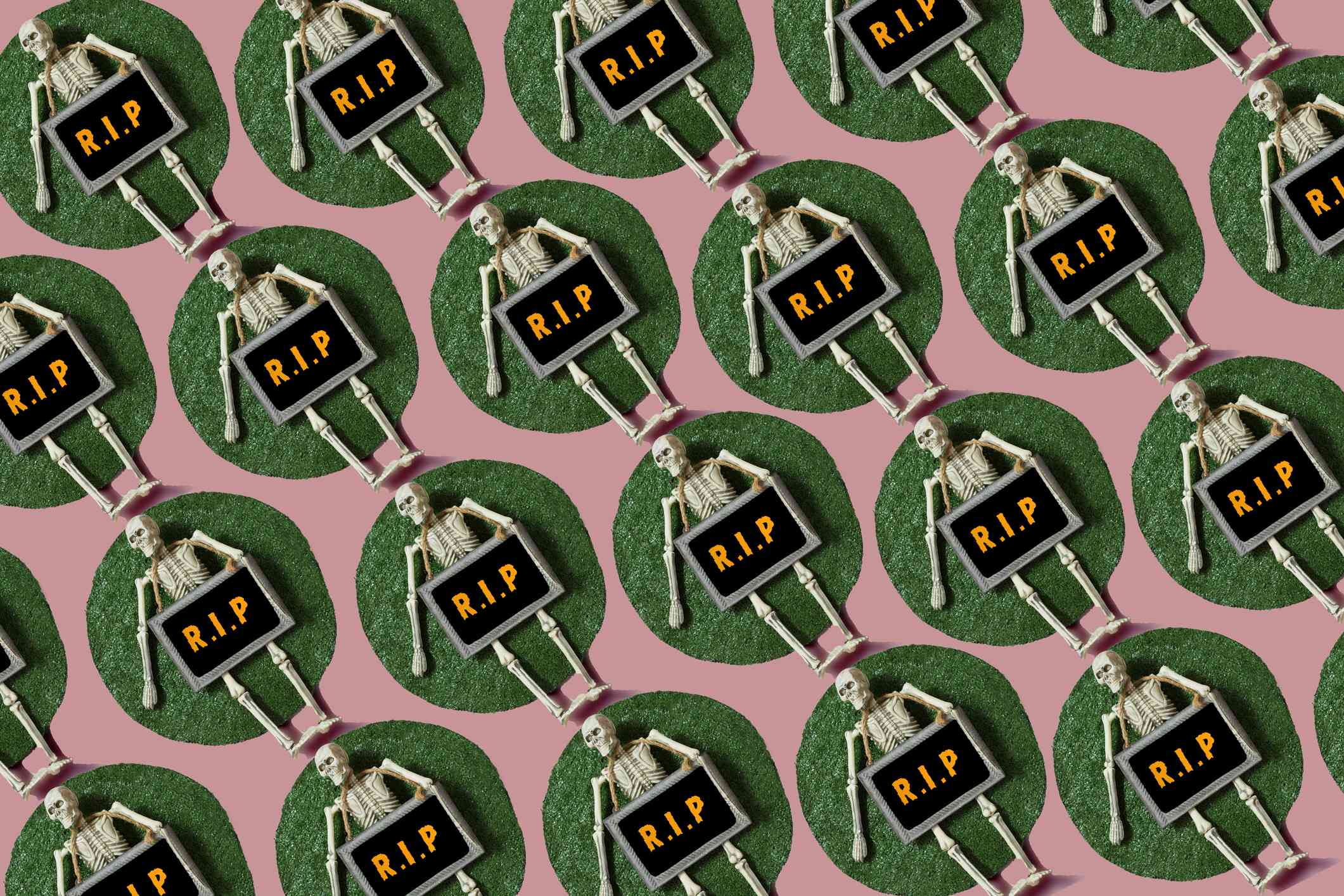 We’ve rounded up some of the most significant tech losses of 2020, just to bid a fond farewell. Experts say their discontinuation doesn’t necessarily mean they were a failure, but more so a product of an evolving market that they no longer could serve.

“They’re never going to truly die—there [are] always going to be people that care about them, but it is a mass-market decision,” Carter Dotson, account executive at Stride PR, told Lifewire in a phone interview. 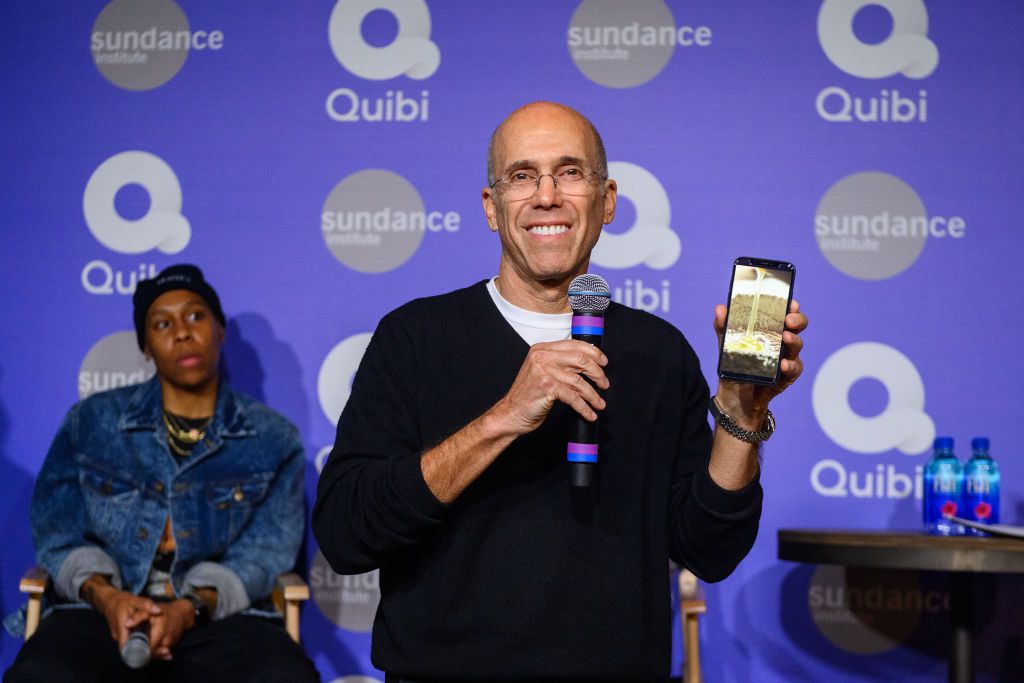 Perhaps the most tragic tech tale of 2020, Quibi, the short-form, both debuted and died in 2020. After just six months of existence,, in part due to an already-crowded field, but also because it failed to execute its big ideas.

“In general, the pandemic was one of the problems that they were having, but at the same time, I think they had a number of other problems during the launch that were not sufficiently thought through that essentially caused the low-interest levels,” Michel Wedel, a distinguished university professor and PepsiCo chair in consumer science at the University of Maryland’s Robert H. Smith School of Business, told Lifewire over the phone.

Wedel says that the app put too much stake into targeting people on the go, which didn’t register during a pandemic. Wedel said Quibi’s mobile-only model should have shifted as a response.

Another downfall of Quibi was the emphasis it put on its Turnstyle video technology. Subscribers could watch Quibi’s content full screen in both portrait and landscape, depending on how they rotated their phones, but that feature wasn’t as important to some.

“People come for the content, not necessarily for the way you view it,” Wedel said. 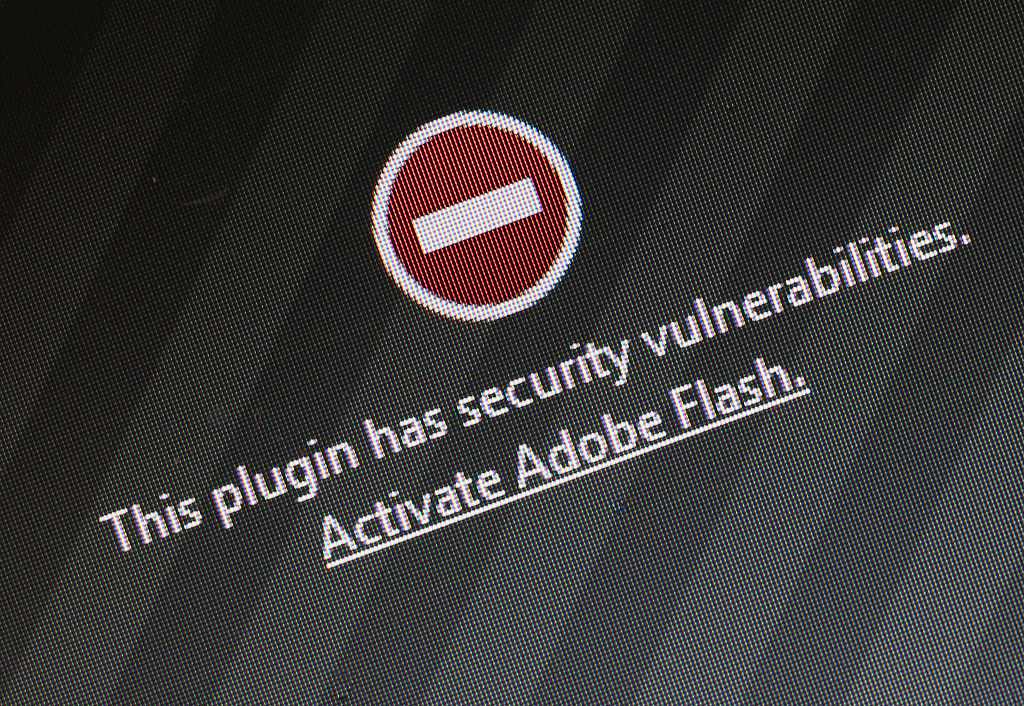 There are only a few more days until Adobe Flash will be shut down for good on December 31. The company attributed the move to the evolution of HTML5, WebGL, and WebAssembly that can now replace Flash altogether.

The end of Flash means an overall improvement in security and no more draining your laptop’s battery life whenever you visit a website that uses the animation technology.

Adobe initially announced its plans to discontinue Flash three years ago, so developers have had plenty of time to figure out the transition, and you shouldn’t experience any issues.

However, manually uninstalling Flash on your computer to help secure your system.

Since Facebook bought Oculus in 2014, the company has made some notable changes, including being proactive in discontinuing devices. This year, Oculus announced it was to focus on its other VR headsets.

“[The] Oculus Go opened up VR to many more people, and it helped redefine immersive entertainment.”

The company said it was saying goodbye to the Go headset to focus on the.

While many users prefer the Quest over the Go, the Go headset made it possible to attend live concerts and sporting events, as well as corporate training, from the comfort of your home. The Go headset was also considered a more budget-friendly option.

“Oculus Go opened up VR to many more people, and it helped redefine immersive entertainment… Oculus Go made new experiences possible for people around the world, and it laid the groundwork for Oculus Quest,” Oculus said in .

If you own an Oculus Go, the company says it will still maintain its system software with bug fixes and security patches through 2022.

The Go isn’t the only casualty, either. The is scheduled to be discontinued in the spring of 2021, so that’ll leave the Oculus Quest models as the only VR headset options. 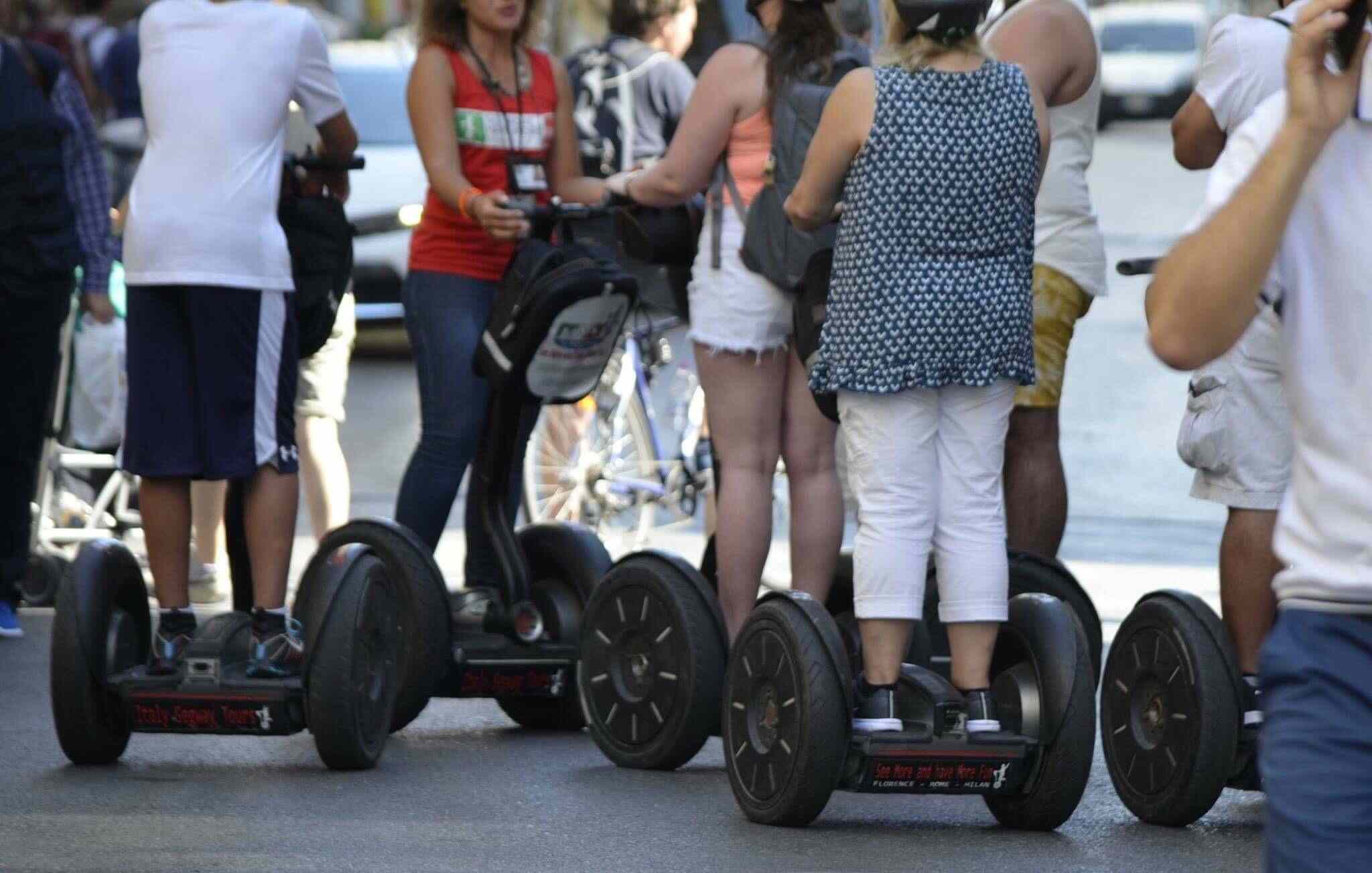 Known for Segway tours in cities across the country, the Segway PT scooter’s demise could be attributed to its struggle to reach beyond the tourist and mall security officer market.

The specialty vehicle never achieved the popularity the company expected. Inventor Dean Kamen originally planned to sell 100,000 scooters in the first 13 months, but only about 140,000 total Segway scooters were sold over almost two decades.

However, companies credit the Segway scooter with ultimately changing the landscape of urban transportation.

“While the Segway may have lacked mass-market appeal, its revolutionary design and technology nevertheless spawned an entire industry of personal, electric, two-wheeled vehicles from hoverboards to our own electric scooter models,” a spokesperson from the electric scooter rental company, , told Lifewire in an email.

The spokesperson added that the Segway gave consumers the “first real glimpse, since the bicycle, of sustainable mobility built to human scale.”

This year, Google Play Music ended its nine-year reign to, which debuted in 2015. The service was essentially Google’s answer to Apple’s iTunes.

However, YouTube Music got its own upgrades that Google Play Music users have been asking for, including a larger playlist length at a max of 5,000 songs per playlist, the ability to add up to 100,000 personal tracks to your library, background listening (with the screen locked), and a new explore tab. 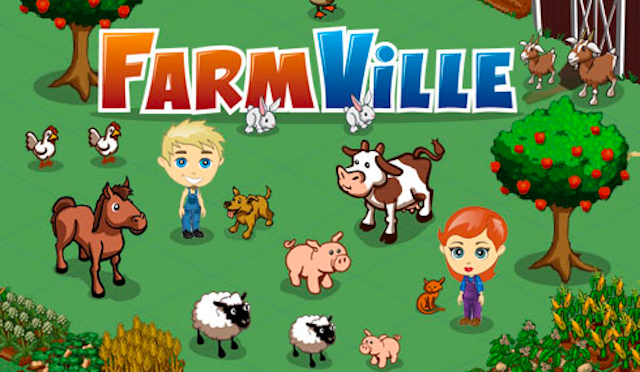 Remember the good ol’ days of coming home from work or school, logging into Facebook, and checking on your lettuce crop in? Those days have been long gone for many, but Facebook is finally pulling the plug on the iconic game at the end of the month.

The original FarmVille game launched in 2009 and was built as a Flash application, and its discontinuation could be attributed to Adobe discontinuing the Flash Player.

The farming simulator was a simple game that had a simple goal of buying new crops and keeping them alive. You could harvest strawberries, broccoli, corn, cotton, and more in exchange for coins.

If you really are passionate about keeping your lucrative crops, other iterations of the game like FarmVille 2, FarmVille: Country Escape, FarmVille 2: Tropic Escape, and FarmVille 3 are still available. 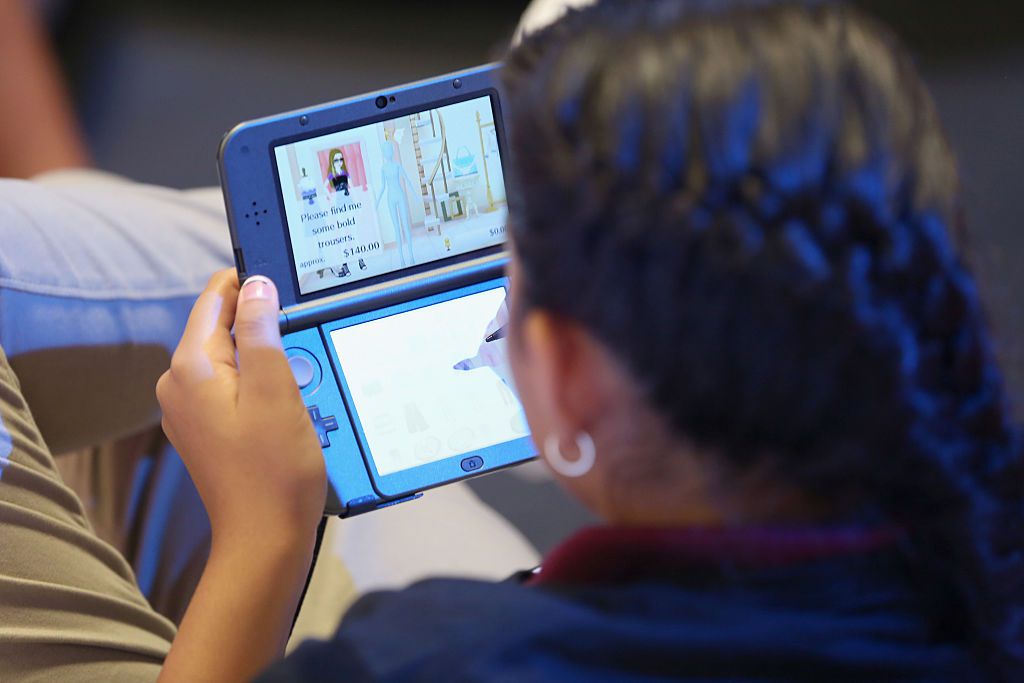 Introduced in 2011 and , the was a part of the line of Nintendo DS devices, except that this model had an auto-stereoscopic screen display, a front camera, and had better graphics with supported 3D images. It also had a higher pixel density of 133 ppi instead of Nintendo DS Lite’s 103 ppi.

In total, Nintendo shipped more than 75 million 3DS consoles worldwide, and more than 2,270 games were released for the device, including popular titles like Super Mario 3D Land, Mario Kart 7, and Pokemon Sun and Moon.

“I’m sad to see the age of the dedicated handheld gaming go away,” Dotson said. “[The 3DS] allowed for games that did interesting things. Nintendo made games that would have been otherwise impossible with just physical controls.”

While Nintendo’s only dedicated handheld is now the Nintendo 2DS XL, it might not be long before it follows the other DS models’ fate, since Dotson said mobile gaming has changed drastically.

“People don’t need dedicated hardware to game on the go anymore, so they’ve stopped buying it,” he said.