Should You Sign up for the Apple One Bundle? 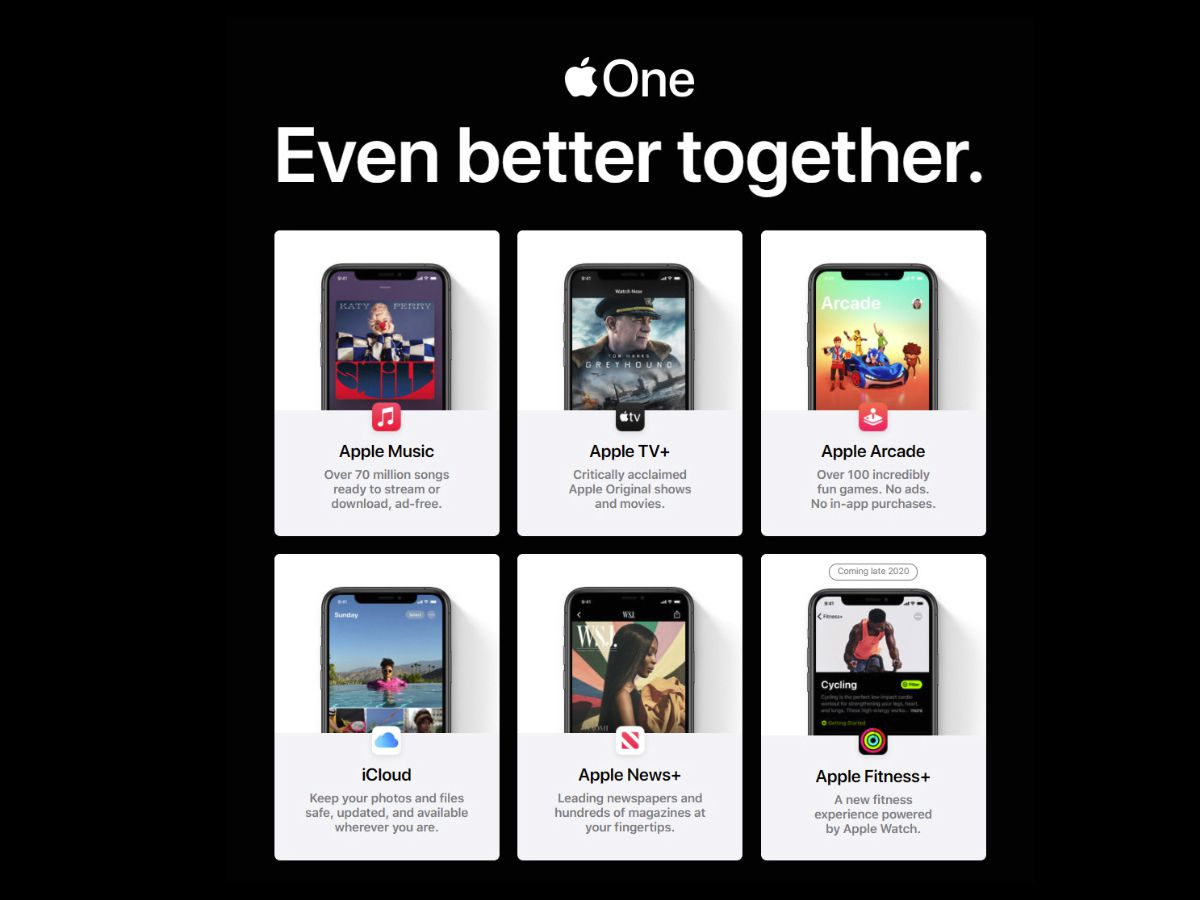 The Apple One bundle throws almost all of its services into one monthly subscription. But is it worth signing up? That depends.

Apple One bundles up Apple Music, Apple Arcade, Apple News+, Apple Fitness+, and extra iCloud Storage. There are three tiers, with different options, but working out the right one for you—if any—is straightforward. But do you need Apple One? And are there any good alternatives?

“For my family it’s a total no-brainer. Already paying $15 a month for Apple Music and another 10 for 2 TB of iCloud storage,” UK-based musician and photographer Sam Varma told Lifewire via direct message.

The Apple One Bundles, Explained

There are three Apple One tiers available. Individual, Family, and Premier, at $15, $20, and $30 per month (actually $14.95 etc, but we’ll round up to make it all easier to read). Individual includes Music, TV+, Arcade, and 50GB of iCloud storage. Family is the same, but with 200GB storage, and can be shared with your family.

Premier adds News+ and Fitness+, and gives you 2TB of iCloud storage to share.

“Right now the two lower Apple One tiers seem like a great deal for anyone who’s already using Apple Music.”

It’s pretty straightforward, although there are two things to watch out for. One is that Apple Fitness+ doesn’t launch until later this year. The other is that the Premier tier is only available in countries where News+ is already available. That is, the US, UK, Canada, and Australia. This has important consequences for folks using a lot of iCloud Storage.

What About That iCloud Storage?

The default amount of storage for a free Apple ID is just 5GB. That’s meant to take care of your iCloud Photo Library needs, and also your nightly iCloud backups. Clearly, it’s not enough for either of those. The 50GB which comes with the Apple One Family Plan is barely better, especially if you’re sharing it with five other people.

For context, here are the prices for extra iCloud storage.

If you are already subscribed to Apple 2TB iCloud Plan, and you live outside the US, UK, Canada, or Australia, then you cannot switch to Apple One without a serious downgrade in storage. However, you can keep your separate 2TB iCloud plan, and run it along with any of the new Apple One plans. That kind of defeats the point of an all-in-one bundle, though.

There is one silver lining here, (cloud pun fully intended). Previously, it was impossible to get more than 2TB of iCloud storage. Now, you can get up to 4TB by combining the 2TB iCloud plan with the new Apple One Premier plan.

This also means that you should cancel your iCloud Storage plan if you no longer need it.

If you are already paying for Apple Music ($10), and Apple Arcade ($5), then the $15-per-month Individual plan costs the same, and adds in 50GB iCloud storage, and Apple TV+. You should definitely do this.

The downside is that nobody wants News+, and the Fitness+ service won’t be here for a while. When it launches, it’ll be $10 per month.

So, right now the two lower Apple One tiers seem like a great deal for anyone who’s already using Apple Music. The top Premier tier is less of a bargain. You do get the most “free” additions, but they’re not that compelling. Also, if you have bought a new Apple device within the last year, you may already be enjoying a free subscription

There are plenty of alternatives to Apple’s services individually—Spotify, Netflix, Google Drive and Dropbox, etc. But there isn’t really anything that can bundle it all together in one place. Google could probably manage it. It has storage, photos, premium YouTube video and music, and Google One for storage.

In the end, though, Apple One is the only service you’ll find that’s perfectly tailored for Apple devices, and is by far the easiest to use. And often for the same price you’re already paying.