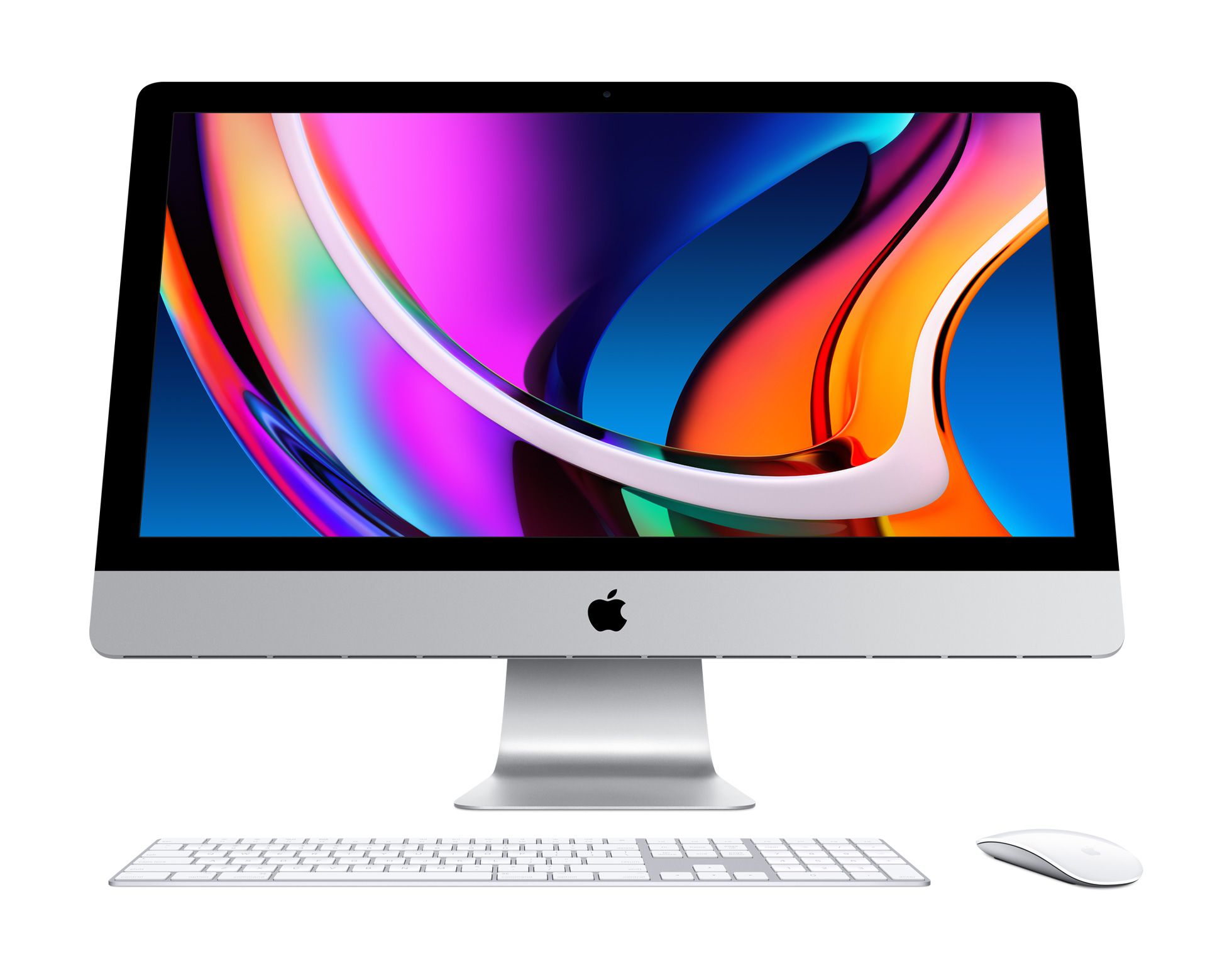 Apple’s newly updated 27-inch iMac will almost certainly be the last ever iMac with an Intel chip inside. Future versions will run on Apple Silicon, Apple-designed chips like those that power the iPhone, the iPad, and even the Apple TV. These Apple Silicon Macs will start to go on sale before the end of this year, so it’s not a great time to buy an Intel Mac.

“I think a lot of people will hold off for Apple Silicon,” Cult of Mac author Leander Kahney told Lifewire via iMessage. “My iMac is getting pretty long in the tooth and normally I’d certainly be in the market for one of these new ones. But I can make it putter along for another year.”

The Best iMac Yet

The new iMac looks just the same as it has since 2012. New to this version are some basic upgrades—the Intel CPU is faster, you can add more RAM and storage, and there are improved graphics processors available. But there are also some brand-new features that are surprising in an end-of-the-line update.

These changes are only available on the 27-inch iMac. The smaller 21-inch model has also been updated, but it’s little more than an upgrade to the CPU and storage.

The first thing you’ll see, literally, is the new nano-texture glass option. This is Apple’s version of a non-reflective matte display, first seen on the $5,000 Pro Display XDR. Apple etches the glass at the nanometer level to prevent reflection, without reducing contrast or making the image milky. It’s a neat trick, but it’s a $500 add-on, and you can only clean it with a special Apple cloth. The display also uses TrueTone, which changes the color of the screen to match the surroundings. 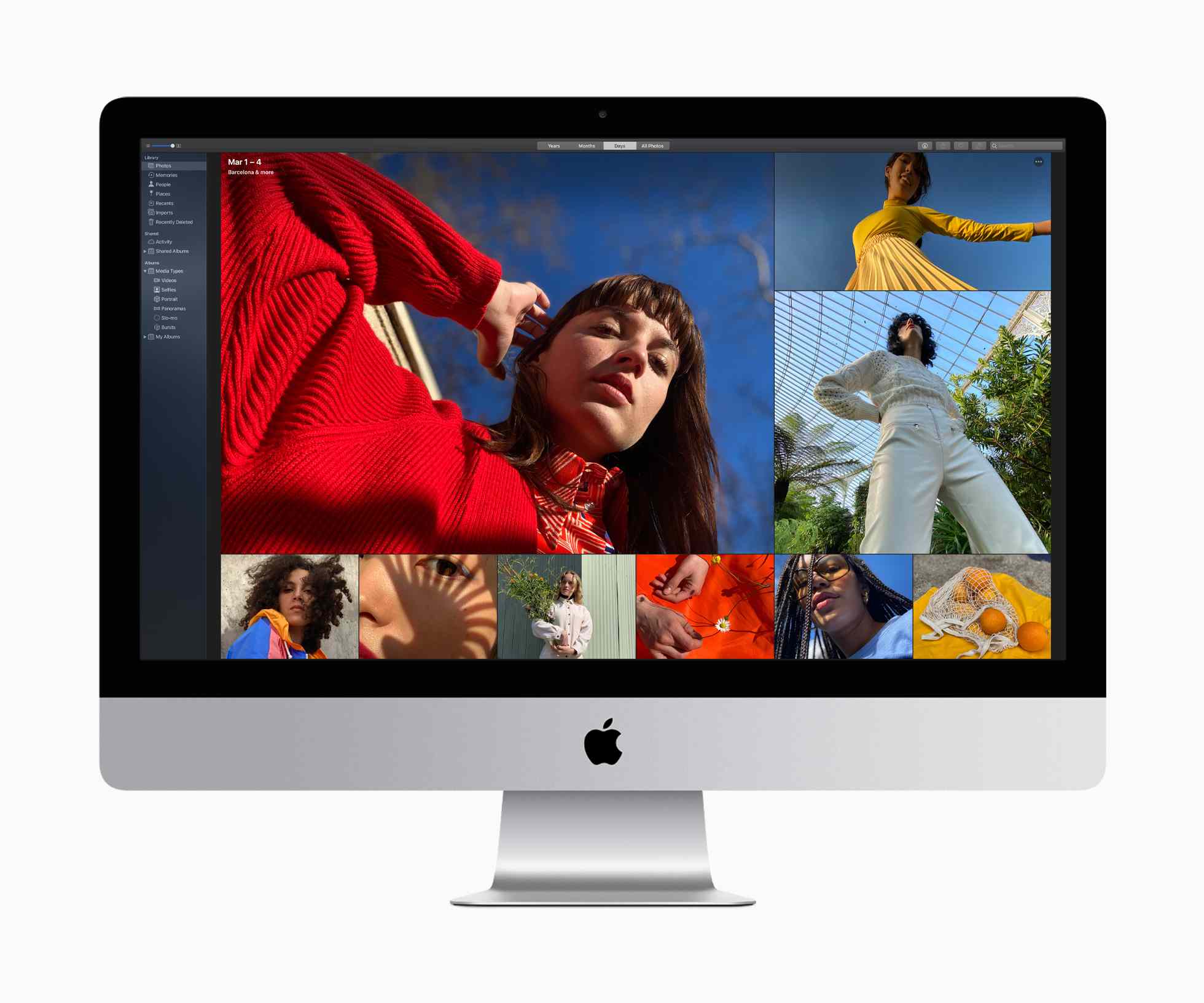 Also new is a 1080p (up from 720p) webcam, and a new three-microphone array which cuts out echoes and other background annoyances. Both improve video-conferencing.

Sci-Fi author Charles Stross agrees. He’s planning on getting one of the final Intel iMacs, instead of taking a chance on a band-new, untested Apple Silicon design. “So, I think there’s a new iMac in my future (once I finish my current task—a month or so),” writes Stross on Twitter.

Probably more important than anything is the switch to solid-state storage (SSD). Previously, the low-end iMacs still used spinning hard drives (HDD), or hybrid Fusion Drives, which combined the two.

In 2020, those things are slow, and noisy. I have an iMac from 2010 (the previous generation), and I swapped the hard drive and the DVD drive for SSDs. It was like getting a new computer. It’s still an excellent machine, and I’m typing this article on it. The switch to SSD also means that Apple can finally use its T2 chip in the iMac. 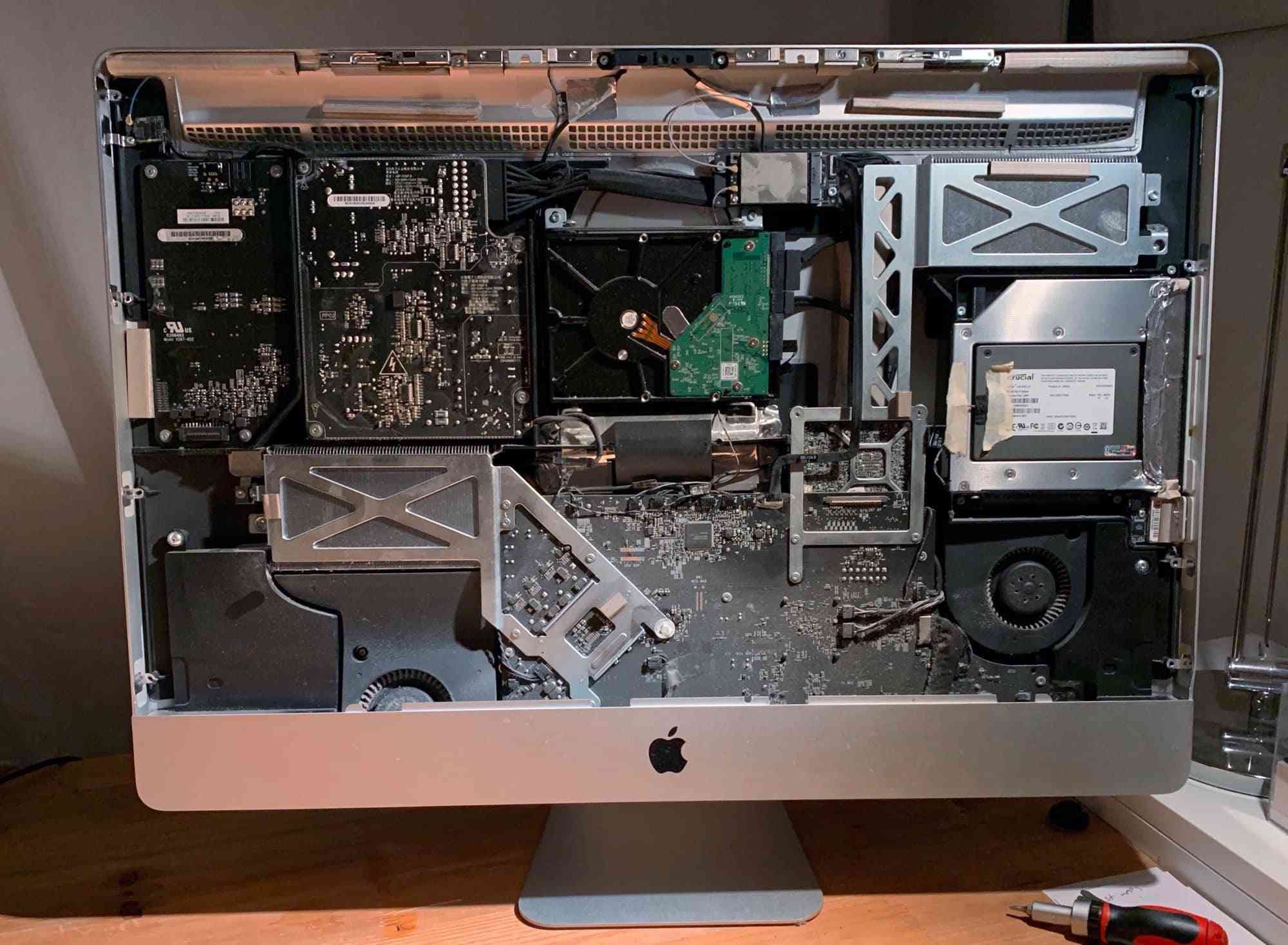 The T2 is kind of like having a tiny Apple-designed iPhone chip inside the Mac, and it has been standard in MacBooks and the iMac Pro for a while. The T2 takes care of security tasks like Touch ID (on MacBooks), drive encryption, and general system integrity, and it also processes video and audio. Because the T2 only works with SSDs, it has not been available on the iMac until now.

What Will Apple Silicon Bring to The Mac?

If you can wait a while longer, then Apple’s new ARM-based Macs will be quite a step up. They will possibly come with touch screens, they’ll have instant-on, iPhone-like sleep, they will be cooler and faster than today’s Macs by quite a distance, and they will also run iPhone and iPad apps. They will also almost certainly look quite different. Especially the iMac, which has .

On the other hand, if you need an iMac now, you should buy this one. It’s way better than the model you could buy last week, and who knows if the iMac will be in the first batch of Apple Silicon Macs. 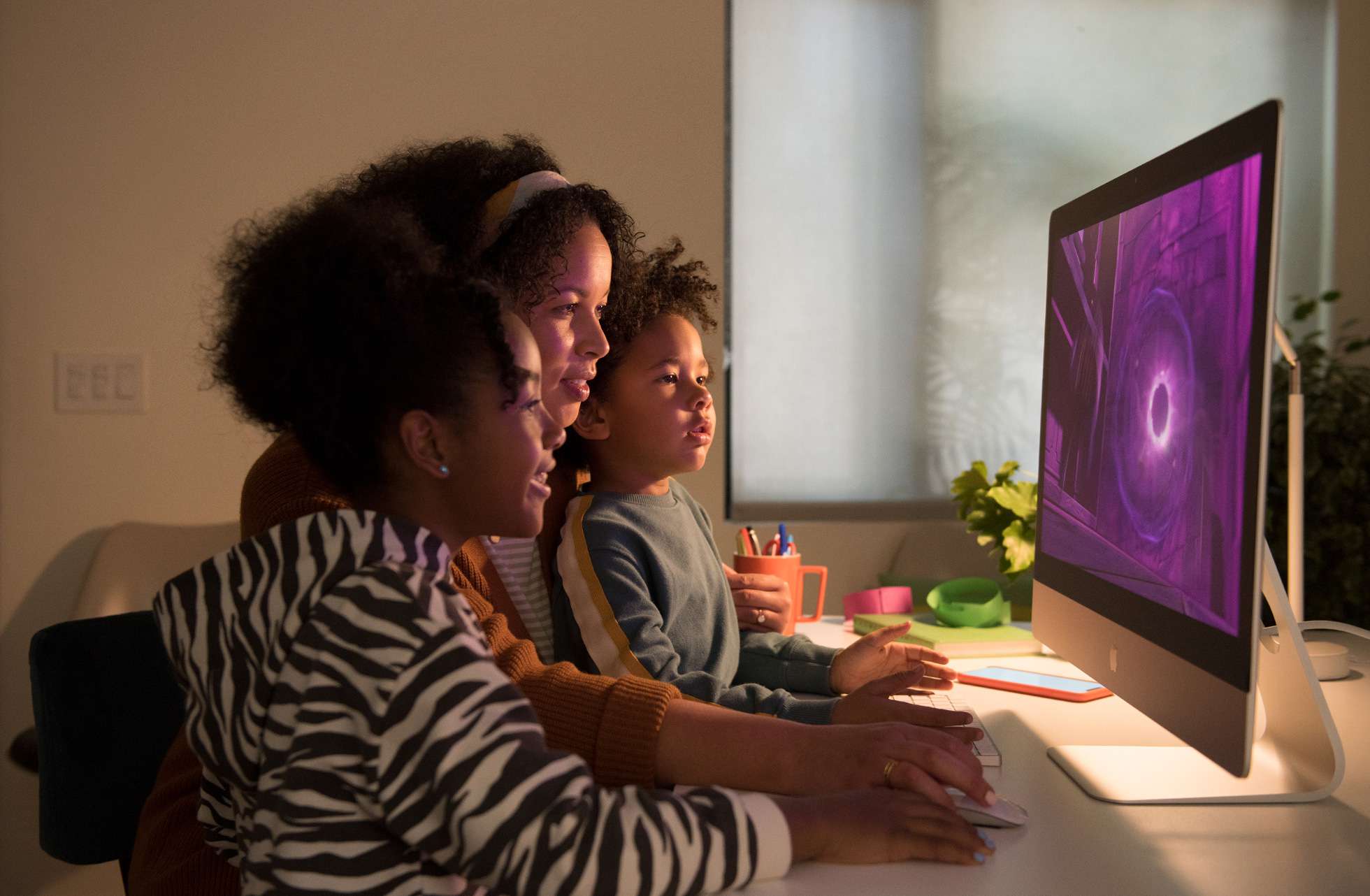 “The first batch will be MacBooks, followed by desktop,” said Kahney. “Which may have to wait for second-gen silicon maybe, or even third, because the power isn’t likely to be there initially.” Then again, the iMac has always essentially been a MacBook’s guts in a spacious body. Another consideration is that this new Intel iMac is the last-chance Mac for people who don’t want to buy the Apple Silicon version. Maybe you run legacy software, or just don’t want the hassle of changing everything.

If You Do Buy It

If you do decide to buy this iMac—and I have to say I’m tempted, despite my own advice—there are a few things to note.

First, don’t pay for Apple RAM, at least not on the 27-inch model. It’s possible to open a hatch in the back of the bigger iMac and pop in your own memory. For instance, upgrading from the stock 8GB RAM to the maximum 128GB is $2,600 from Apple, and just .

Also, beware the cheapest option. If you choose the base model, you cannot add any more than the stock 256GB SSD storage.

Finally, it was possible—if difficult—to add an extra SSD to the previous 27-inch iMac. We’ll have to wait for to open this one up to see if that’s still possible.

Should you buy this then? Maybe. If you can wait for the Apple Silicon iMac, then wait. If you really need a new 27-inch iMac right now, then this is a really great computer.

Kahney is more direct. “They’re dead in the water,” he told us, “despite being great machines.”