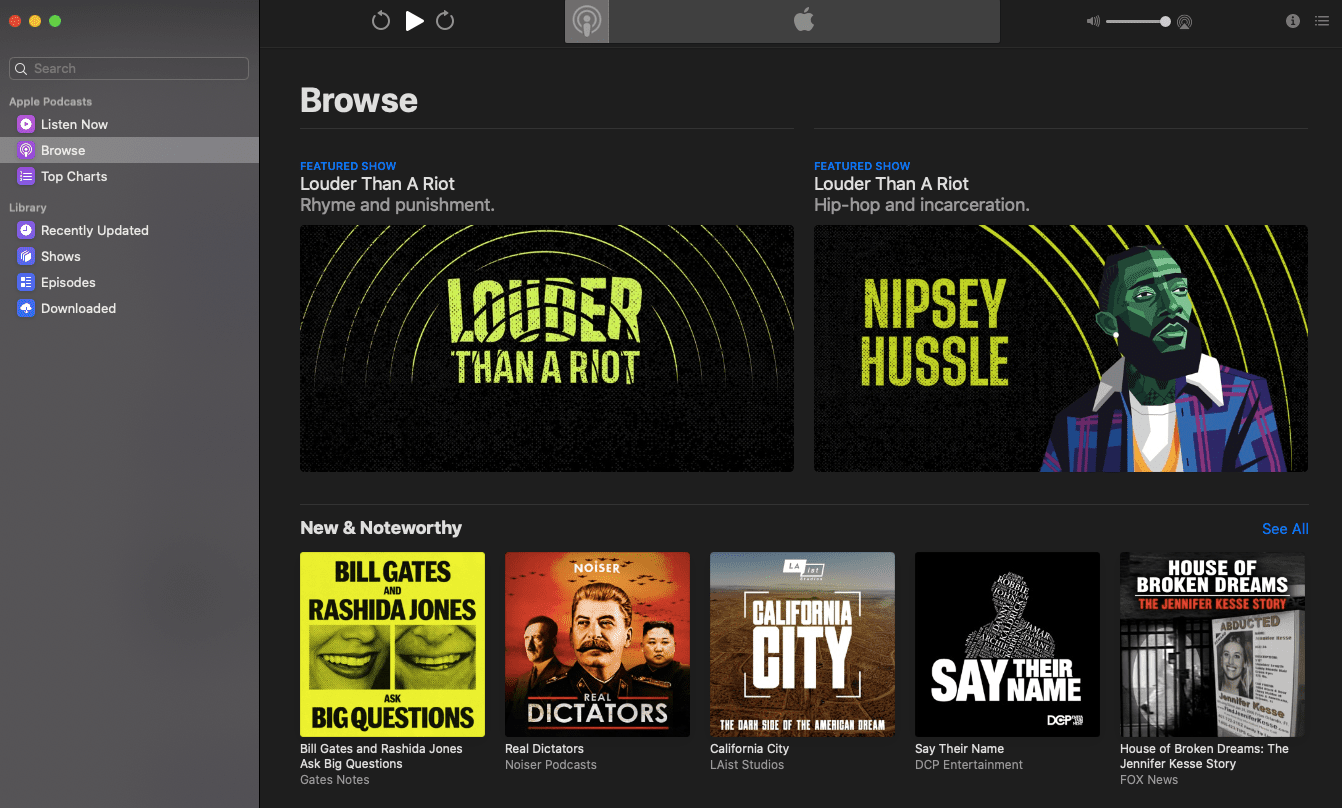 You can now embed any podcast into a web page using a new web player from Apple. This is much like Spotify’s Play Button, only more powerful and focused. And it may help Apple in its unexpected podcasting war.

The iTunes podcast directory is the de facto universal catalog of podcasts. Anyone can submit their show, and any developer can access the catalog and include it in their podcast app. It’s a fantastic resource that Apple has left alone for years. Now, though, Spotify is going after podcasting—and podcast advertising—in a big way, and Apple is finally starting to fight back. And that’s a very good thing.

“Spotify was already the biggest threat to podcasts…,” wrote podcaster and podcast app developer Marco Arment on Twitter “They’re fragmenting podcasts into two worlds—Spotify’s walled garden with exclusives and ad tracking, and the open ecosystem of everyone else—to co-opt ‘podcasts’ to imply ‘on Spotify’.”

What Is a Podcast, Really?

This might seem like a dumb question, but a podcast has quite a specific definition. It’s not just “audio on the web,” otherwise even an audio-only YouTube video would be a podcast. Specifically, a podcast is an audio program that can be downloaded automatically, and periodically, by a podcast app. That’s it. If you cannot subscribe to it, and new shows when they’re released, it’s not a podcast.

Spotify is also intent on injecting advertising metrics into the podcast world. Earlier this month, Spotify bought Megaphone, a company that inserts dynamic ads into podcasts. Currently, pretty much the only tracking you can do on a podcast is whether it was downloaded or not. Advertisers want to fill podcasts with as much tracking code as the web.

“Every podcast ad you’ve ever heard over the last 15 years was sold mostly or entirely without the kinds of ‘data’ that big publishers and the press keep saying the industry ‘needs’ to sell ads,” says Arment.

To embed an episode of a podcast, head to Apple’s podcast marketing tools page, and search for the podcast you want. It can be your own podcast, but you can embed or link to any podcast you like. Once you have a result, you can pick a style—from a full episode embed to a simple link—and customize the look, language, and icon. There’s even an option to generate a QR code.

From there, readers/listeners can easily play a show, subscribe, or both. When you click play, the audio is streamed directly from the podcast’s source.

This seems like a small addition to the world of podcasting, but it could be huge. You can embed and stream pretty much every podcast in the world using this new player (excluding Spotify-exclusive audio shows), meaning it’s likely that Apple’s player becomes the default choice for podcasts embeds.

“Becoming the default embedded player on websites is a decent get for players and one that could help Apple stay ahead of Spotify in terms of gaining listeners on its platform,” writes Ashley Carman for The Verge. “The more people stream from Apple and the less they have to think about where to stream, the better it is for Apple.”

Not only that, there hasn’t really been a decent, universal podcast-embedding option until now. Apple’s player has the chance to become the YouTube embed of audio. That’s obviously good for Apple, but it’s also good for podcasting, because it means people will continue to be motivated to add their shows to Apple’s open directory, instead of opting into exclusive platforms like Spotify.

Yes, there is technically space for more than one platform, but in reality, we tend to prefer single options. Vimeo is great, but YouTube is where the viewers are. Amazon isn’t the only online store, but it’s the first one you check.

Hopefully, this is a sign that Apple has woken up from its benign neglect of its massive podcast offering. This could be the first shot in a war on Spotify, and that’s good for all of us.