How to Build a Wireless Home Network

Although mainstream wireless networking has made amazing strides over the years, wireless technology and terminology remain a bit difficult for most of us to comprehend. This guide will help home and small business networkers. 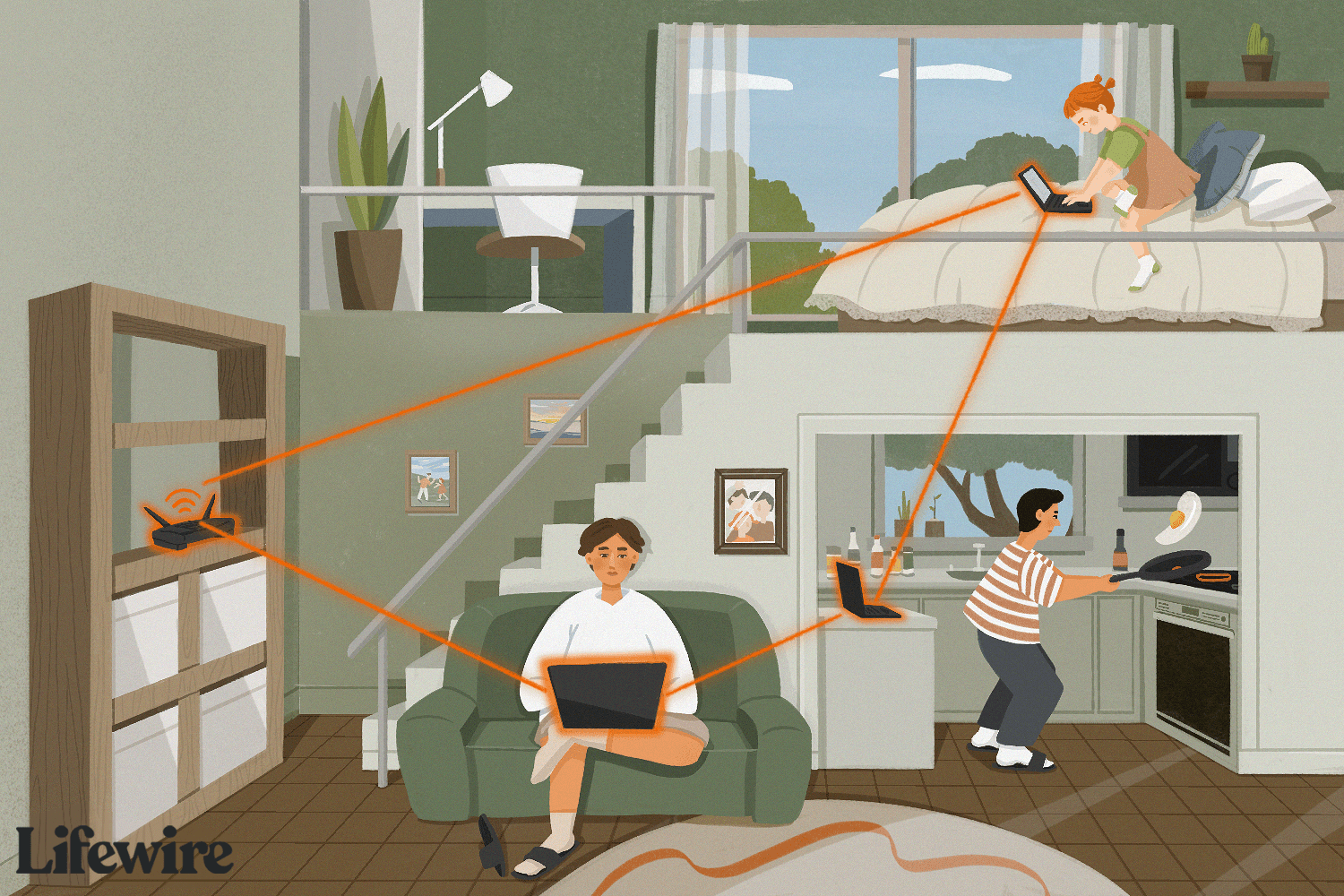 You’ve probably already made an informed decision to go wireless rather than build a traditional, cabled network. Networking hardware is much more affordable now, but wireless networks may still not be for you. If you’re unsure that wireless will really meet your needs be sure to research the different capabilities to decide what’s right for you.

Wireless offers tangible benefits over traditional wired networking. Ever tried to quickly look up a recipe on the net while cooking in the kitchen? Do the kids need a networked computer in their bedroom for school projects? Do you want to play games, use social networks, or work from home while relaxing on your outdoor patio? These are just some of the things wireless can do for you

The field of computer networking once sat squarely in the domain of techies. Equipment manufacturers, service providers, and experts that study the field of networking tend to go heavy on technical jargon. The wireless networking industry has gradually improved on this legacy, making products more consumer-friendly and easier to integrate into the home.

When researching wireless equipment to buy, or talking about wireless networking with friends and family, you should have a solid understanding of this basic terminology. 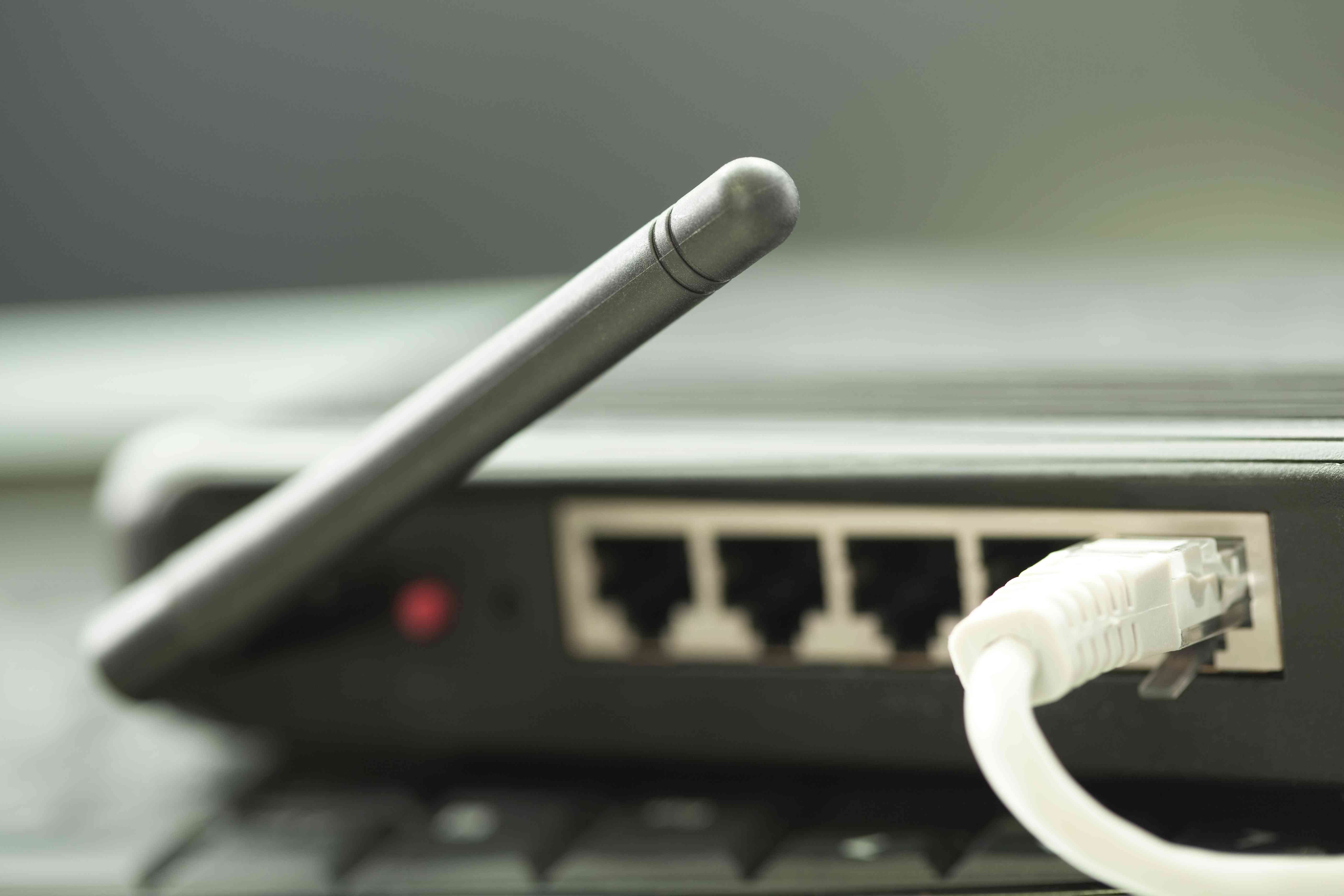 What is a WLAN?

A WLAN is a wireless LAN, and a LAN (local area network) is a related group of networked computers situated in close physical proximity to each other.

You can find LANs in many homes, schools, and businesses. Though it’s technically possible to have more than one LAN in your home, few do this in practice.

Wi-Fi is an industry name for networking products. You’ll find a black-and-white Wi-Fi logo or certification emblem on virtually any new wireless equipment you buy. 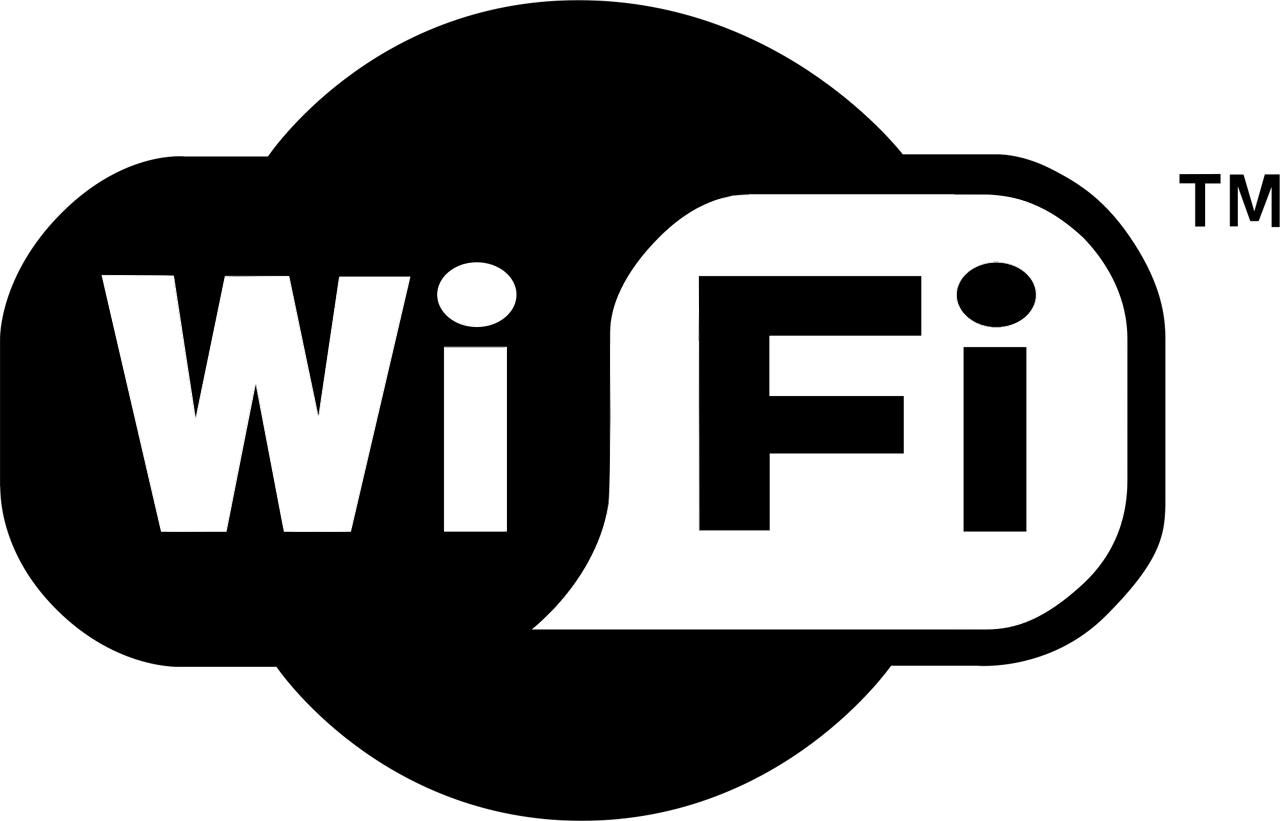 What are WEP, WPA and Wardriving?

The security of wireless home and small business networks remains a concern for many. Just like you use radio or television receivers to tune into station broadcasts, it’s almost as easy to pick up signals from a nearby wireless home network. Credit card transactions on the web may be secure, but imagine your neighbors spying on every email and instant message you send.

A few years ago, some techies popularized the practice of wardriving to raise awareness of this vulnerability in WLANs. With the help of cheap, home-made equipment, wardrivers walked or motored through neighborhoods snooping the wireless network traffic emanating from nearby homes. Some wardrivers even logged their computers onto unsuspecting people’s home WLANs, essentially stealing free computer resources and Internet access.

WEP was an important feature of wireless networks that improved their security. WEP encrypts network traffic mathematically so that other computers can understand it, but humans can’t read it. WEP technology became obsolete some years back and WPA and other security options have replaced it. WPA helps protect your WLAN from wardrivers and nosy neighbors, and today, all popular wireless equipment supports it. Because WPA is a feature that you can turn on or off, you’ll need to ensure you configure it properly when you set up your network. 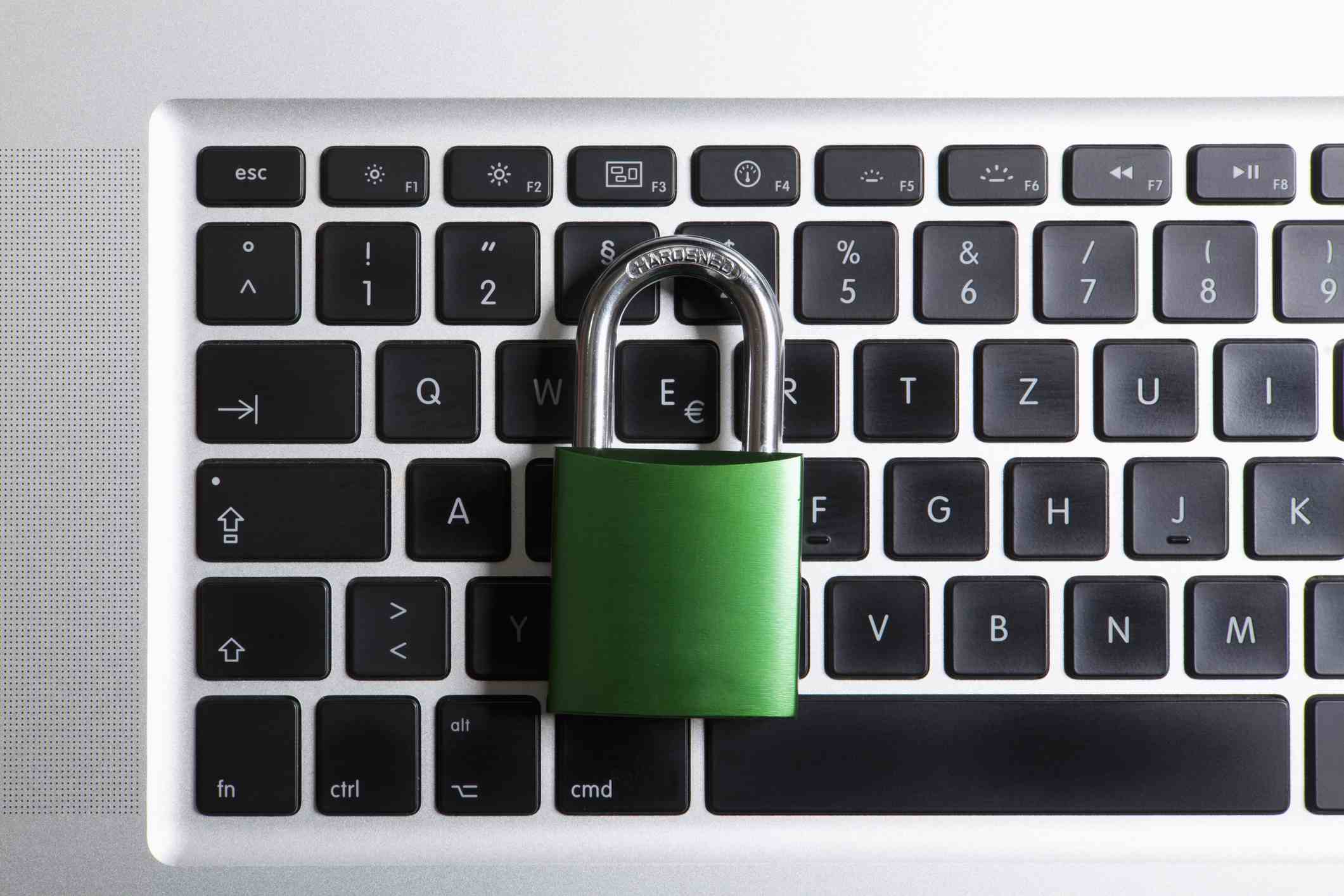 The five types of equipment found in wireless home networks are:

Some of this equipment is optional depending on your home network configuration.

Wireless network adapters contain a radio transmitter and receiver (transceiver). Wireless transceivers send and receive messages, translating, formatting, and generally organizing the flow of information between the computer and the network. Determining how many wireless network adapters you need to buy is the first critical step in building your home network. Check the technical specifications of your computers if you’re unsure whether they contain built-in wireless adapter chips. 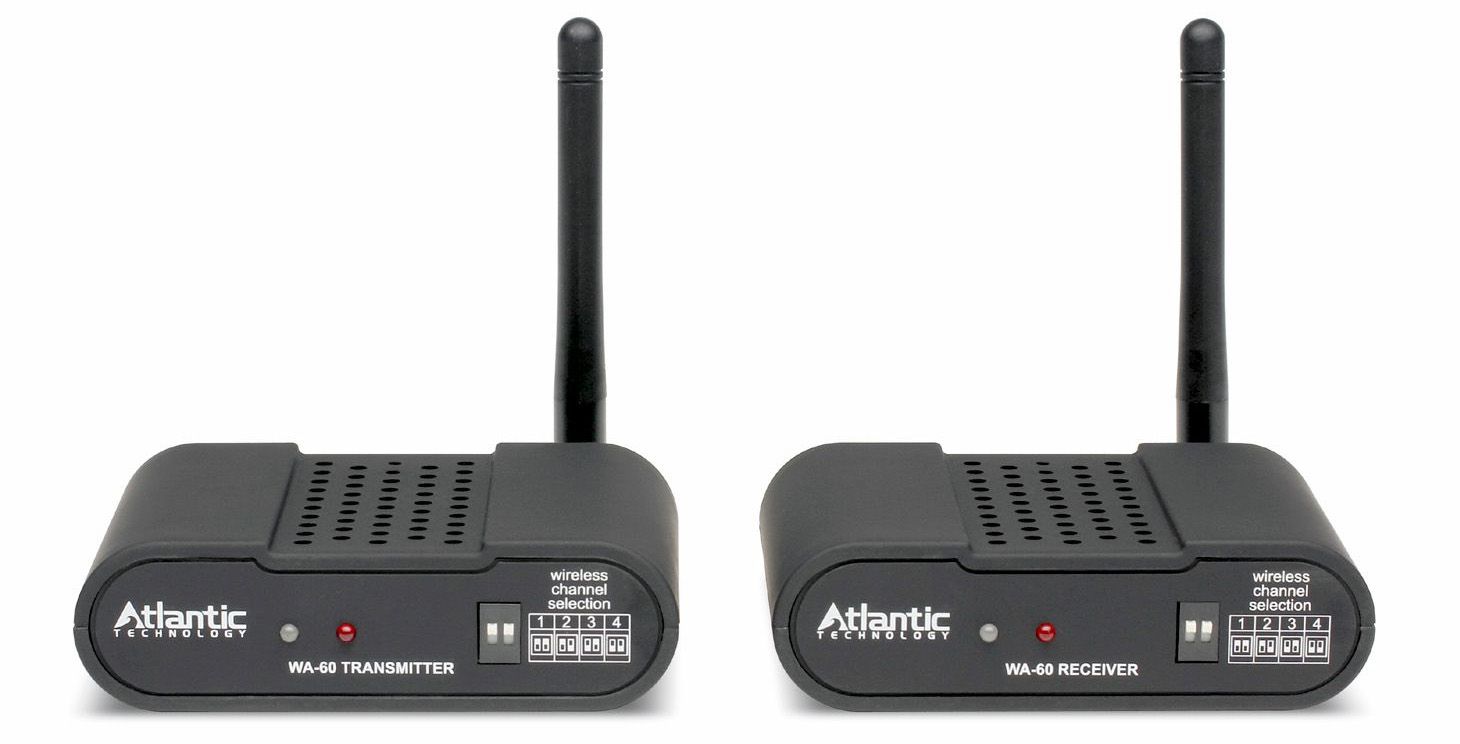 A wireless access point serves as the central WLAN communication station. In fact, they are sometimes called base stations. Access points are thin, lightweight boxes with a series of LED lights on the face.

Access points join a wireless LAN to a pre-existing, wired Ethernet network. Home networkers typically install an access point when they already own a broadband router and want to add wireless computers to their current setup. You must use either an access point or a wireless router to implement hybrid wired/wireless home networking. Otherwise, you probably don’t need an access point.

Wireless routers are a good choice for those building their first home network. It’s important to choose the right hardware when you’re setting up.

The normal antennas shipped with wireless products provide sufficient reception in most cases, but you can also usually install an optional, add-on antenna to improve reception. You generally won’t know whether you’ll need this piece of equipment until after you finish your basic network setup.

Some manufacturers of wireless access points and routers also sell a small piece of equipment called a signal booster. A signal booster serves to increase the strength of the base station transmitter. It’s possible to use signal boosters and add-on antennas together to improve both wireless network transmission and reception simultaneously.

Both antennas and signal boosters can be a useful addition to some home networks after the basics are in place. They can bring out-of-range computers back into range of the WLAN, and they can also improve network performance in some cases.

To maximize your network’s functionality, have your answers ready for the following questions: 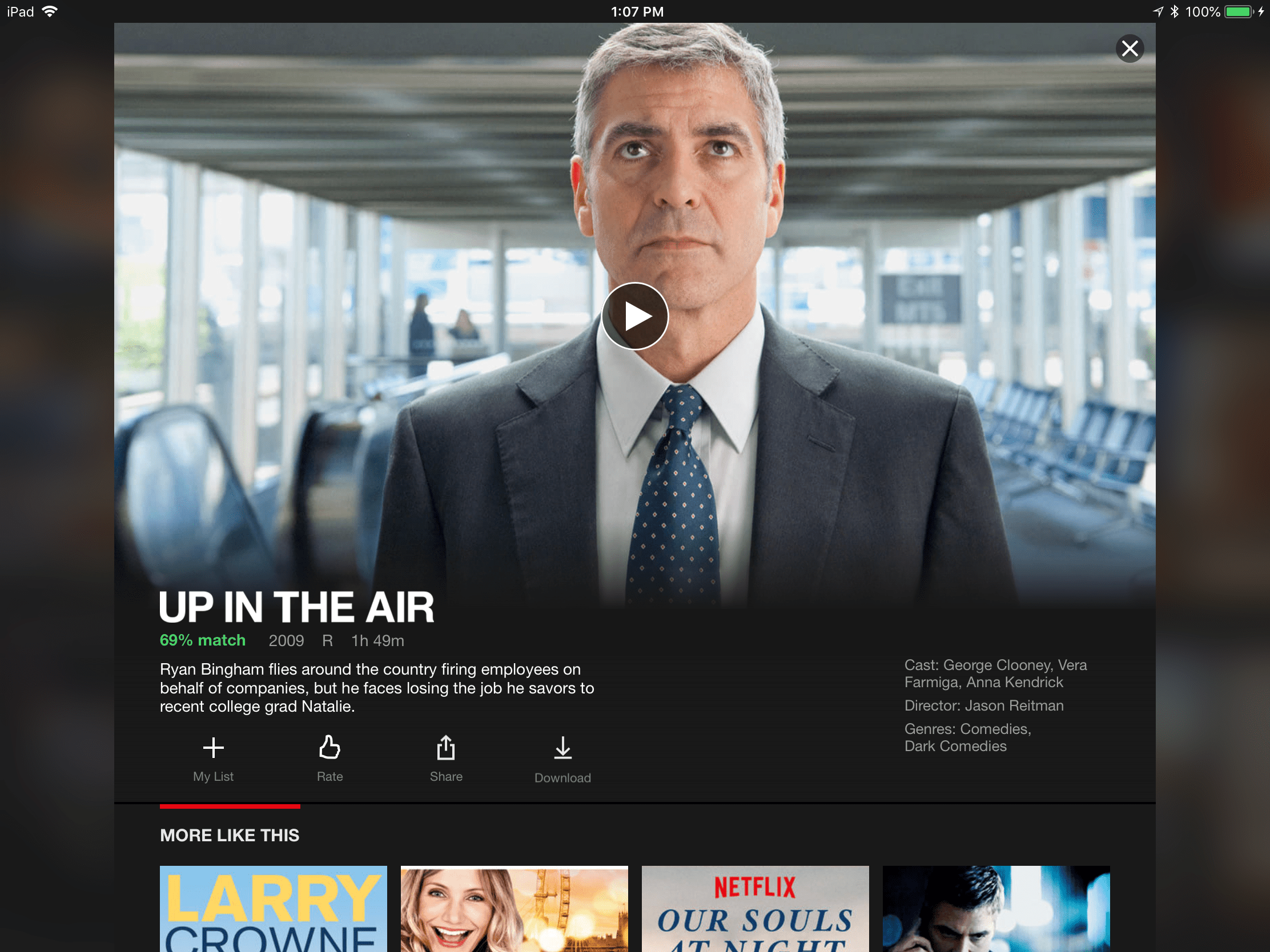 Try to install your wireless router in a central location within the home. The way Wi-Fi networking works, computers closer to the router (generally in the same room or in line of sight) get better network speed than computers farther away.

Install your access point in a central location, if possible. Connect power and a dial-up Internet connection, if desired. Also cable the access point to your LAN router, switch or hub.

You won’t have a firewall to configure, but you still must set a network name and enable WEP on your access point at this stage. 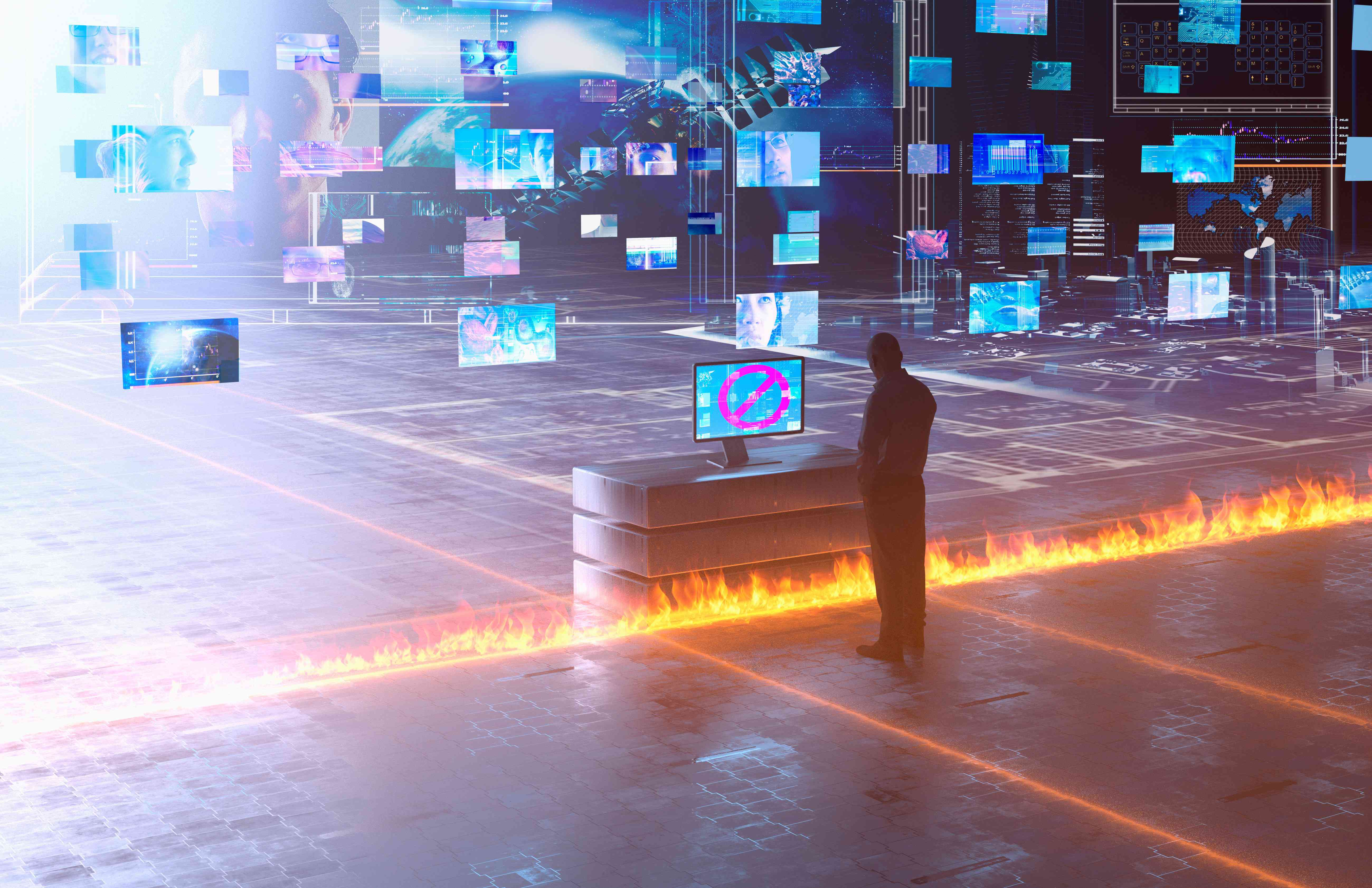 Configure your adapters after setting up the wireless router or access point (if you have one). Insert the adapters into your computers as explained in your product documentation. Wi-Fi adapters require TCP/IP be installed on the host computer.

Manufacturers each provide configuration utilities for their adapters. On the Windows operating system, for example, adapters generally have their own graphic user interface (GUI) accessible from the Start Menu or taskbar after you install the hardware. The GUI is where you set the network name (SSID) and turn on WEP. You can also set a few other parameters.

All of your wireless adapters must use the same parameter settings for your WLAN to function properly.

Alternatively, set all wireless adapters to use ad hoc mode. When you enable this mode, you’ll see a separate setting for channel number.

Ad-hoc home WLAN configurations work fine in homes with only a few computers situated fairly close to each other. You can also use this configuration as a fallback option if your access point or router breaks.

You can share an Internet connection across an ad hoc wireless network. To do this, designate one of your computers as the host (effectively a substitute for a router). That computer will keep the modem connection and must be on whenever you want to use the network. Microsoft Windows offers a feature called Internet Connection Sharing (ICS) that works with ad-hoc WLANs.

Wireless Signal Interference within the Home

When installing a Wi-Fi router or access point, beware of signal interference from other home appliances. In particular, do not install the unit within 3-10 feet (about 1-3 m) from a microwave oven. Other common sources of wireless interference are 2.4 GHz cordless phones, baby monitors, garage door openers, and some home automation devices. 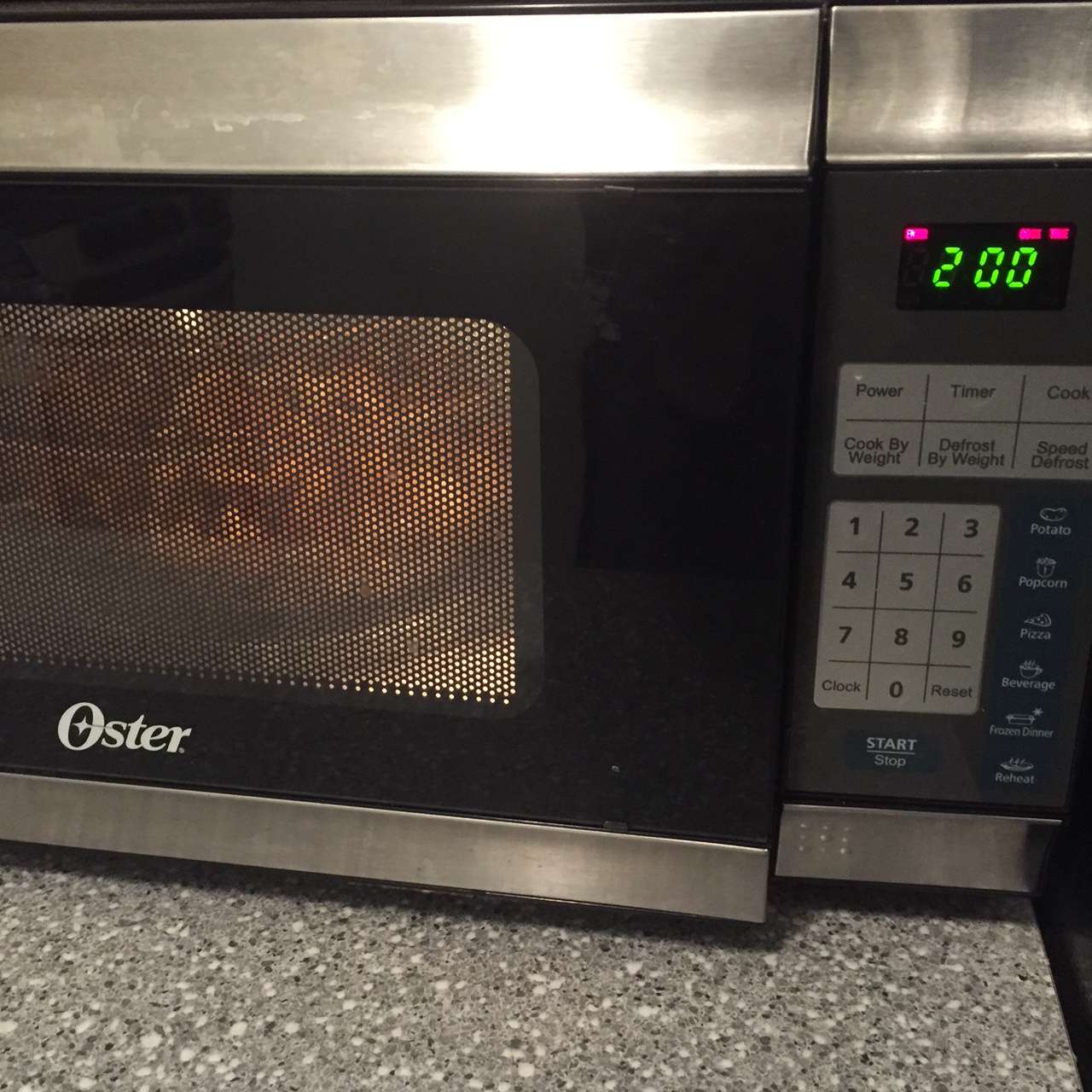 If you live in a home with brick or plaster walls or one with metal framing, you may encounter difficulty maintaining a strong network signal between rooms. Wi-Fi supports signal range up to 300 feet (about 100 m), but physical barriers reduce this range substantially. Obstructions can affect all 802.11 communications (802.11a and other 5 GHz radios more than 2.4 GHz); keep this in mind when installing your devices.

In densely populated areas, it’s not uncommon for wireless signals from one person’s home network to penetrate a neighboring home and create interference. This problem usually happens when both households set conflicting communication channels. Fortunately, when configuring a router (access point), you can (except in a few locales) change the channel number your devices use.

In the United States, for example, you may choose any Wi-Fi channel number between 1 and 11. If you encounter interference from neighbors, you should coordinate channel settings with them. Just using different channel numbers won’t always solve the problem. However, if both parties use a different one of the channel numbers 1, 6 or 11, that will guarantee elimination of cross-network interference. 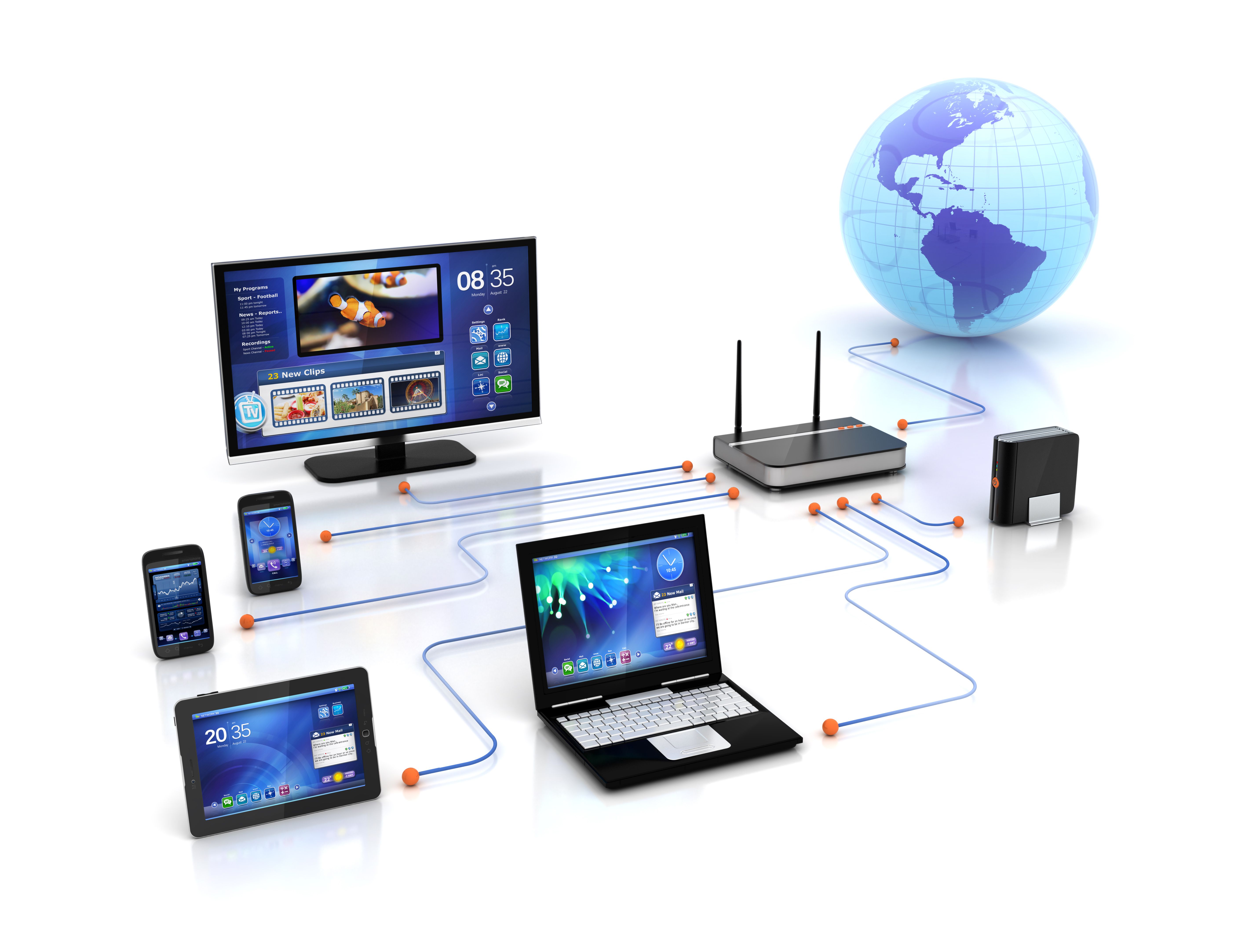 Set up profiles on any computers you plan to move between your home network and some other WLAN; the time you spend now will save much more time and aggravation later.

Among the options you’ll see for activating wireless security on home networks, WPA2 is considered best. Some gear might not support this higher level of protection, though. Ordinary WPA works well on most networks and is a suitable fallback alternative to WPA2. Try to avoid using older WEP technologies whenever possible except as a last resort. WEP helps prevent people from casually logging into your network but offers minimal protection against attackers.

To set up wireless security, choose a method and assign a long code number called a key or passphrase to the router and all of your devices. Matching security settings must be configured on both the router and the client device for the wireless connection to work. Keep your passphrase secret, as others can easily join your network once they know the code.

Don’t be surprised if your network’s performance doesn’t match numbers equipment manufacturers list. For example, although 802.11g equipment technically supports 54 Mbps bandwidth, that’s a theoretical maximum devices my never actually achieve. A significant amount of Wi-Fi network bandwidth goes to overhead that you cannot control. Expect to see no more than about one-half the maximum bandwidth (about 20 Mbps at most for a 54 Mbps link) on your home network.

If there is one thing you ought to do often, it is to ensure that your Windows 7 PC with its priceless files is free of malware. The only way to do this is using an antivirus application that will help find and get rid of malware on your computer. Instructio...

If you use iCloud Keychain to store your logins, account passwords, credit card info, application passwords, and web form data, you may want to change the security code regularly to protect all your online information. Using the same process, you can also upda...