Our editors independently research, test, and recommend the best products; you can learn more about our . We may receive commissions on purchases made from our chosen links.

Best for Pros and Hobbyists on PC and Mac: Adobe Premiere Pro CC 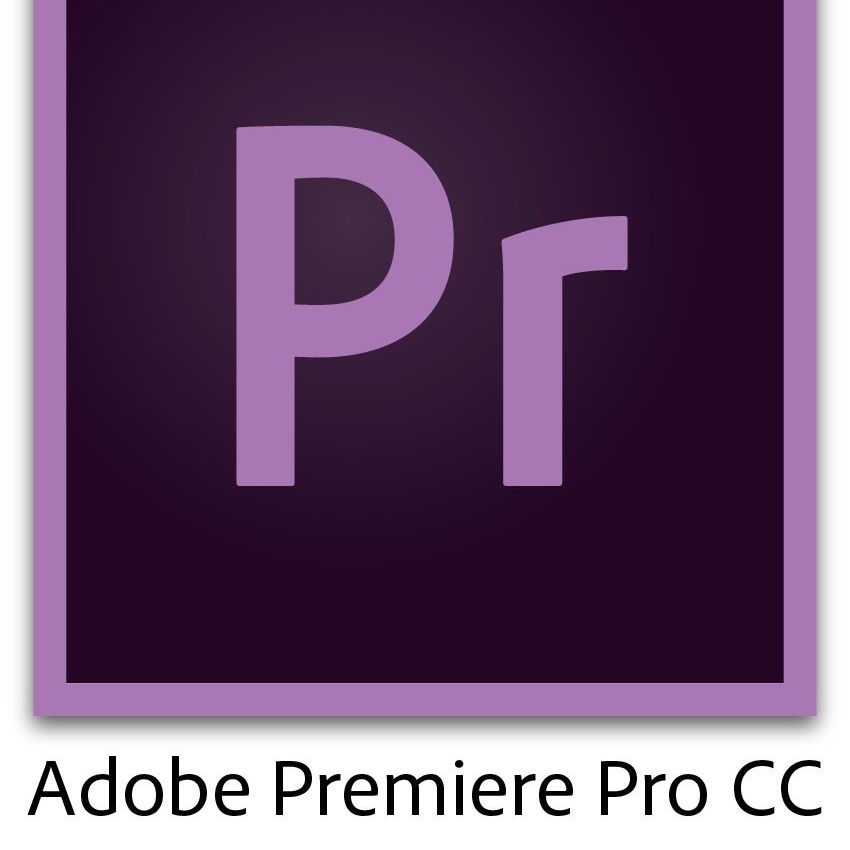 If you want to get serious about HD video editing on a Mac or Windows PC, then Adobe Premiere Pro CC is an easy choice. For one thing, you can start out with a free trial. After the trial, you just pay monthly for access to the editing software, so you won’t have to pay if you take a break. Or, if you spend a bit of time with it and decide it’s not for you, you won’t have paid the steep upfront price you might on another professional editing software.

Adobe Premiere Pro CC is a . It will let you work with a wide variety of video sources, including 8K and 360-degree footage. You’ll be able to handle lighting and color, graphics, and audio all within Adobe Premiere Pro, allowing you to handle all your video editing workload in one place.

When you finish up editing, you’ll also have plenty of options for sharing your work with the world. You can quickly share your content on social media directly from the editor. You can even output VR-ready content to be watched back on virtual reality headsets like the or HTC Vive. 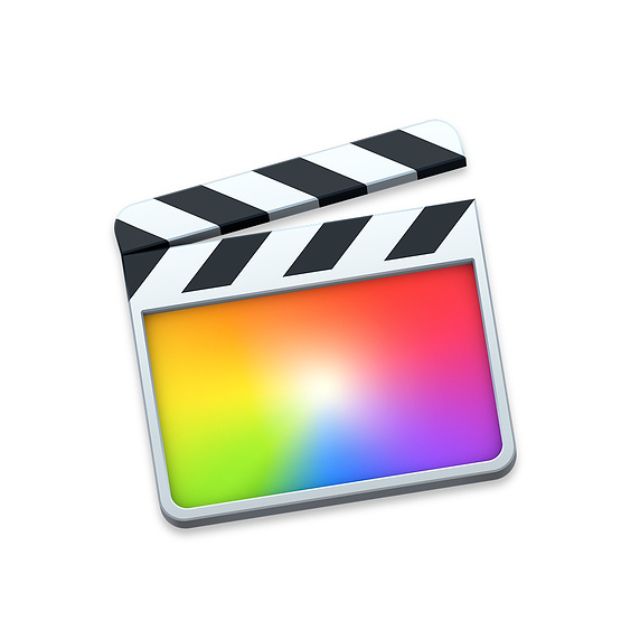 If you own a Mac and want to use the video editor that will make Windows users jealous, then check out Apple’s Final Cut Pro X. This is a serious suite of video editing tools geared to meet the needs of pros. But, even hobbyist editors can take advantage of this software and learn their way around its features. Beginners shouldn’t be afraid of this software, as it’s popular enough that online tutorials can help you learn, and a trial period makes it accessible without an upfront cost.

Final Cut Pro X will let you edit HD video content from a wide variety of sources, including phones on the lower end of the spectrum and ProRes RAW and REDCODE RAW 8K files on the higher end. This makes it an effective editor for almost anyone, regardless of which devices you’re using to record.

The multi-track timeline editor should be easy to use if you’ve got some experience with video editing software. And, the software is ready to use for graphics, effects, 360-degree video, and multi-cam recordings. When you’re finished, you can export your projects directly to social media and video-sharing sites, or you can save your videos in a variety of high-resolution formats, including with high dynamic range (HDR).

Easy to learn for anyone who wants to explore video editing, Corel’s VideoStudio Ultimate 2018 is a great starting point for beginners. Once the app is launched on a Windows-based computer, users are presented with a simplified interface. It takes just a little exploring to learn where every important editing tool is located on the screen. The interface can be customized to help find your own workflow. The player panel can be dragged out as a separate window or placed onto a second monitor. Window resizing is easy so you can take up the whole screen or just a piece of it.

Fortunately, the simplicity doesn’t compromise on features. There’s support for video editing as well as 360-degree VR videos. Motion tracking is a first for consumer software and enables video editors to follow one specific object (person, physical object, face, etc) throughout a video cut. Want to load multiple videos into a single frame for editing? Corel can do that, too. Adding animated titles or audio to files is as easy as it gets for beginners. 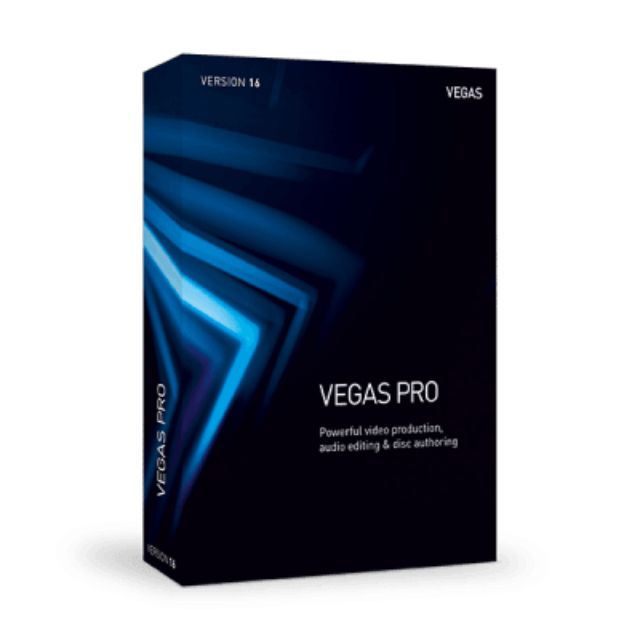 Mac users aren’t the only ones with an incredibly capable video editing software all to themselves. Windows users have access to Vegas Pro 16, which comes in a few different packages to suit different editing needs. Vegas Pro 16 Edit is the most basic version of the software, but most users will find its features to be largely sufficient for most editing work.

Beyond the basics of non-linear video editing with a multi-track timeline, Vegas Pro 16 Edit gives you plenty of tools to make your video look more professional. You’ll be able to work on 4K video with and high frame rates, stabilize shaky footage, track moving objects in a scene, and make tweaks to audio, lighting, and color. When you’re done, you’ll also get plenty of options for exporting, including the ability to save a file type compatible with other popular editing software.

While Vegas Pro 16 Edit is the basic version, Vegas Pro 16 adds on a number of extra effects and editing tools for an increased price. The Vegas Pro 16 Suite adds on even more advanced tools. And, there’s also a Vegas Pro 365 subscription service that comes at a low monthly price with all of the same features of the Vegas Pro 16 package, plus some extras. 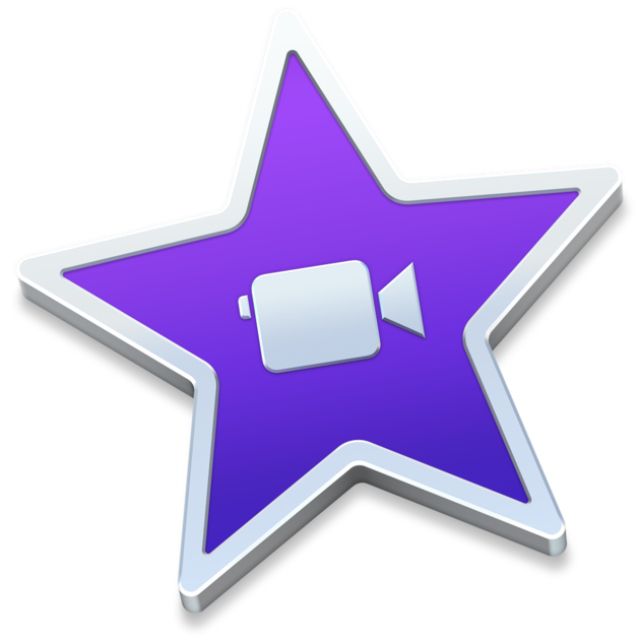 If you’re just starting out with video editing and will be working on a Mac, there’s little reason for you not to try out iMovie. That’s because it’s a fairly capable editor, and it’s totally free for you to use. In addition to Mac computers, you can even use iMovie on devices, like the latest or . You can even work on the same project between all of those devices, though some more advanced tools are exclusively available on Mac computers.

Apple’s iMovie offers a great way to get familiar with combining video and audio files in a multi-track timeline without being inundated by features a beginner probably wouldn’t want to use. Plus, it still has options for you to create a cool video with special effects, filters, and titles.

On Mac, you’ll have access to some advanced tools to help ensure your video dazzles, including tools like picture-in-picture, green screen, and color correction. When you’re done with a project, you can put it into iMovie Theatre to view on all your Apple devices. And, you can expect your video to look sharp, since iMovie supports 4K resolution exports. 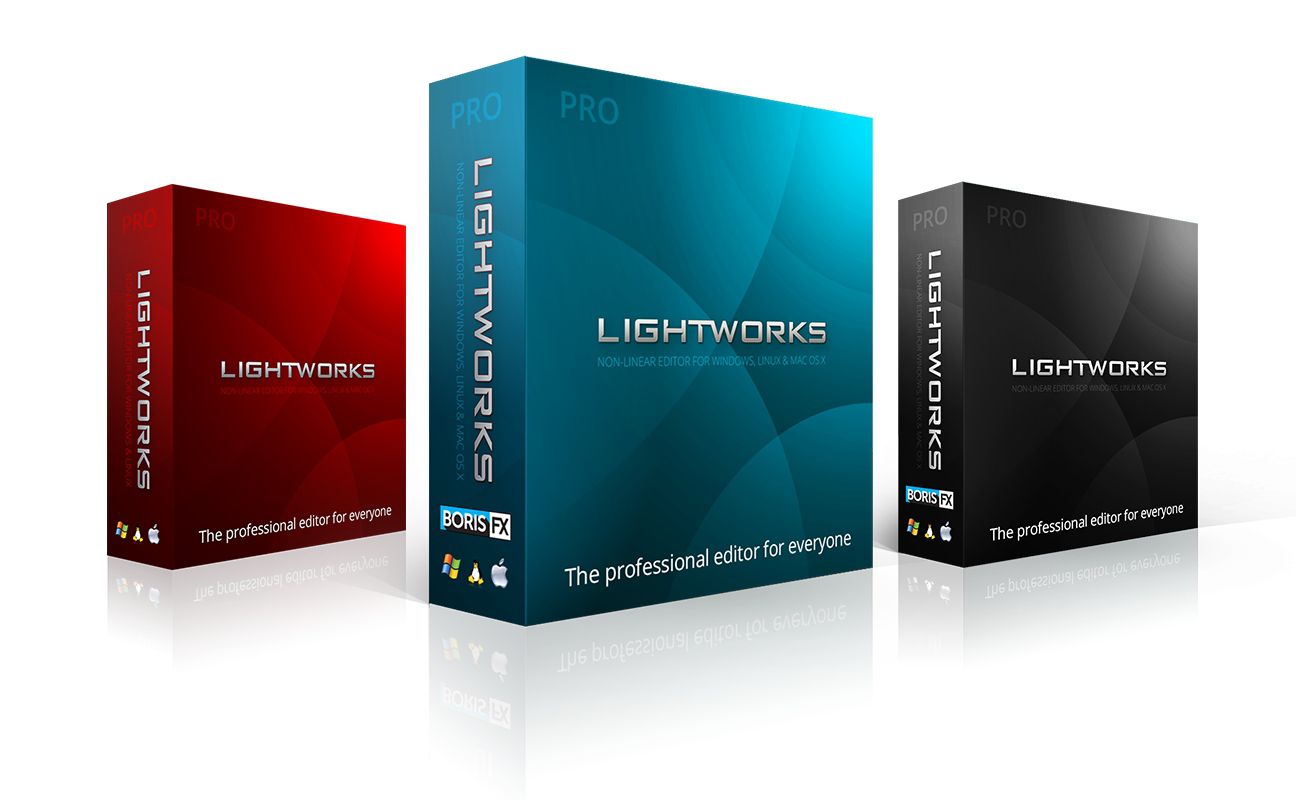 For a great starting point in video editing, Lightworks is an incredible choice. For one, it’s completely free. There is a paid version called Lightworks Pro, but the free version will give you most of the same tools for editing as the pro version. The free version simply limits your export options. However, the free version is still able to export Web-friendly MPEG/H.264 videos at a maximum resolution of 720p, which qualifies as HD.

Lightworks gives you all the tools you need to take multiple video files and combine them together into one project. And, thanks to its wide support for different file types, you can edit together your video from plenty of different sources, whether they be from your phone, a DSLR, or even a pro-grade RED camera.

You’ll also be able to use Lightworks on almost any computer you own since it can run on Windows, Mac OS X, and even Linux. All of this makes it an easy option for beginners, and you’ll have the option to stick with the software as you grow as an editor thanks to the upgrade path with a pro license. Lightworks Pro adds some usability improvements and gives you a much greater selection of file types and resolutions to use when exporting your finished project. 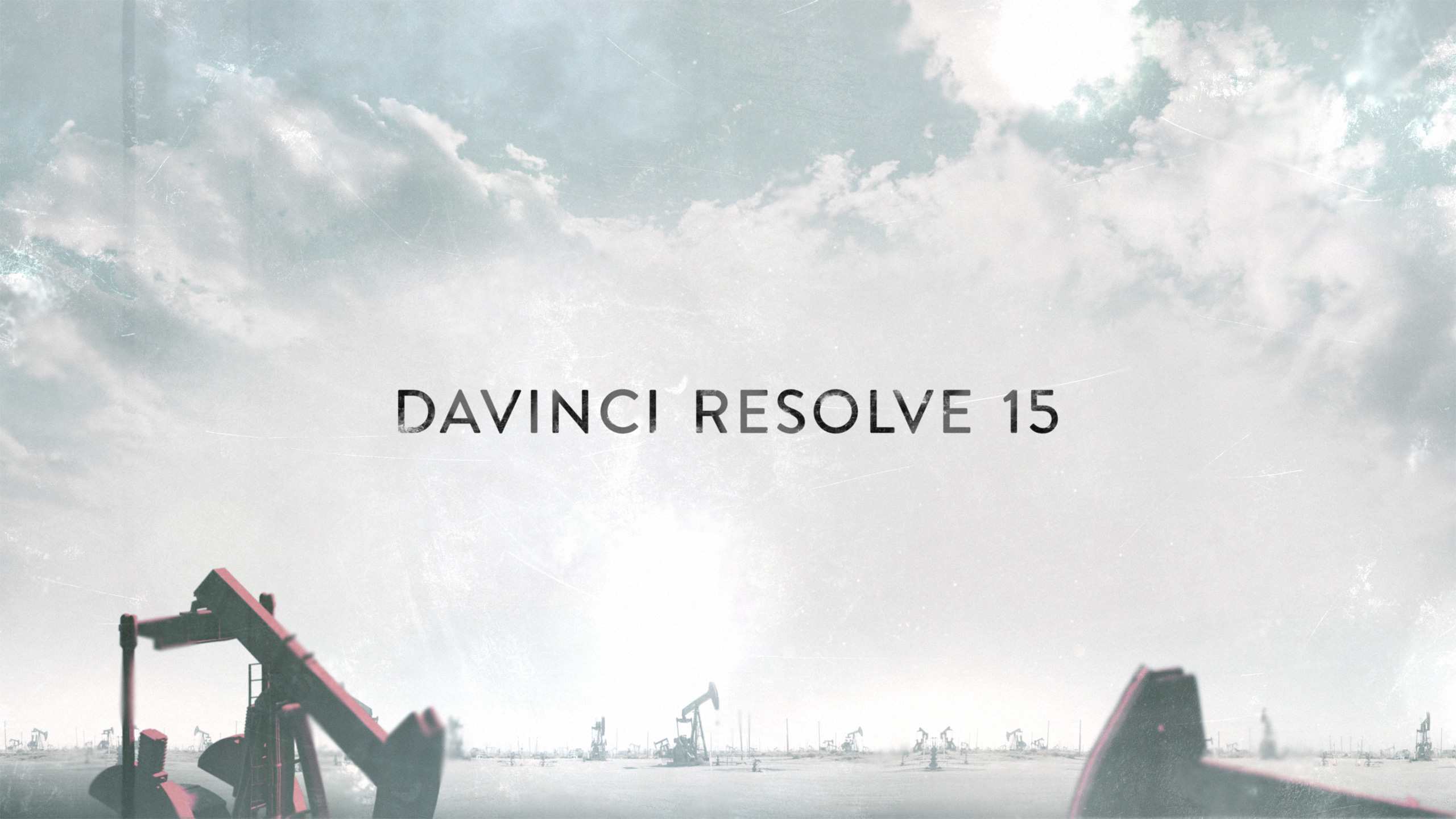 Save a buck, or a few hundred, by checking out DaVinci Resolve 15. You can start out using DaVinci Resolve 15 for free, and you’ll likely be fully contented with the features that the free version has to offer. There is an upgraded Studio edition that adds even more tools for multi-user collaboration along with 3D and ResolveFX tools. If you opt to purchase that license, the price will still be comparable to a lot of other editors.

DaVinci Resolve 15 is a complete solution for HD video editing with a multi-track timeline. But it goes well beyond that, with all the tools needed for visual effects, motion graphics, audio editing, and color correction. Getting the most out of DaVinci Resolve 15 will take some learning, as the available tools go so far beyond what most users will need early on, but that makes it a great choice for anyone hoping to grow as an editor without one day needing to switch software to keep growing.

Even if you’re just doing simple editing, DaVinci Resolve 15 will let you create a great video and export it in high quality, even at 4K Ultra HD and 60 frames per second. You’ll even be able to work with HDR content. And, what makes this all the better is that you can get DaVinci Resolve 15 on Mac OS X, Windows, and Linux.

While many of the other editors are incredibly well suited for editing video you’ve recorded on your phone or video camera, TechSmith’s Camtasia is designed with videos that use a lot of footage captured from computer screens. It’s a great pick for anyone looking to make lots of instructional videos.

Camtasia is a multi-track editor like the others on this list, but its built-in screen recording software will make it easy for you to capture footage from your computer, and even show mouse movements and keystrokes to help viewers follow along. You can capture your computer’s audio, or even snag footage of your iOS device’s screen. You’ll also be able to record webcam footage, or simply import footage you’ve recorded, including 4K video. With screen capture, you can even easily import unsupported video files by recording their playback on your screen.

Camtasia also has some extra features that can be particularly useful to educators, such as the ability to add interactive quizzes and track the students’ performance. And, you’ll be able to publish your final products in 4K Ultra HD. You can get a free trial of Camtasia to see if it’s right for you, and you’ll be able to use the software on both Windows or Mac computers.

Our writers spent 3 hours researching the most popular HD video editing software on the market. Before making their final recommendations, they considered 20 different software overall, screened options from 15 different brands and manufacturers and tested 2 of the software themselves. All of this research adds up to recommendations you can trust.

Our editors independently research, test, and recommend the best products; you can learn more about our . We may receive commissions on purchases made from our chosen links. Our Top Picks Best Overall: "Unquestionably the best home design software out th...

The 15 Cheapest SSL Certificates: Are They Worth It?

Our editors independently research, test, and recommend the best products; you can learn more about our . We may receive commissions on purchases made from our chosen links. We evaluated more than 80 of the cheapest  services available from 15 different c...

Our editors independently research, test, and recommend the best products; you can learn more about our . We may receive commissions on purchases made from our chosen links. Our Top Picks , "With a focus on practical techniques and approaches, Android P...